With the India vs West Indies T20I series starting off, we take a look at the key game plans and tactical thinkings that could play a role in this series. Rohit Sharma and going wide Rohit Sharma is arguably the greatest limited-overs batsman in world cricket now. Once settled at the wicket, he transforms […]
By Rohit Sankar Fri, 6 Dec 2019 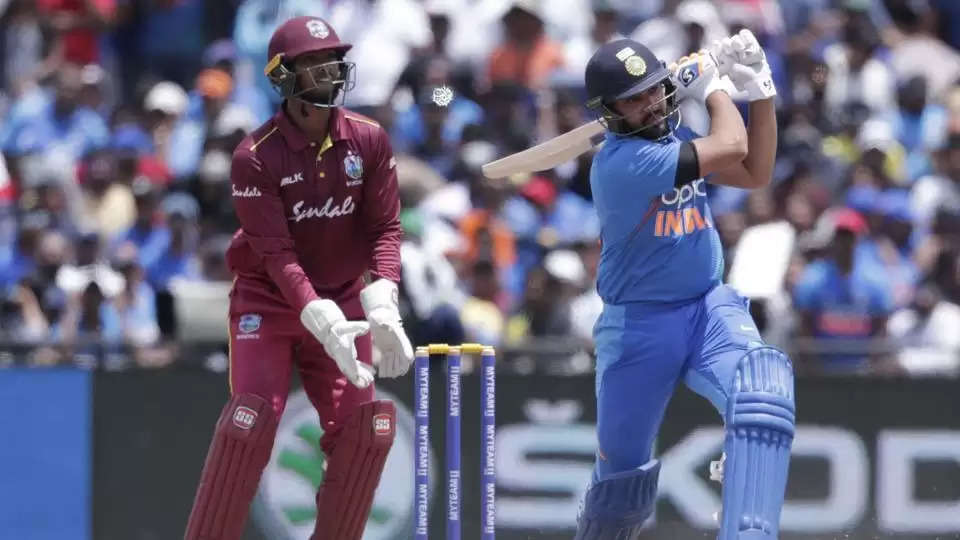 With the India vs West Indies T20I series starting off, we take a look at the key game plans and tactical thinkings that could play a role in this series.

Rohit Sharma is arguably the greatest limited-overs batsman in world cricket now. Once settled at the wicket, he transforms into a monstrous avatar – famously dubbed the Hitman – which West Indies would want to steer clear of. Luckily for the tourists, they have the right combination of bowlers to stifle Rohit.

A look at Rohit’s dismissal patterns in the last two T20I series against South Africa and Bangladesh show that he isn’t too comfortable facing the ball angling back into him by right hand seamers from over the wicket. Andile Phehlukwayo and Shafiul Islam had considerable success against him with this tactic by going wide off the crease and bringing the ball back into him.

He was lbw to Phehlukwayo for 12, bowled by Shafiul for 2 and trapped in front by the same Bangladesh seamer for 9 – all in pretty similar fashion in these two series.

The other option is to swing the ball back into him from a left-arm angle or generate extra lift while landing the ball on a good length and angling it away from him. Sheldon Cottrell is an expert at this while Keemo Paul, usually a death-overs specialist, can do the job Shafiul did.

Living by the sword and dying by it

With Chris Gayle absent, West Indies’ bankable star at the top of the order is Evin Lewis. Familiar with Indian conditions, he is one batsman India would have specifically made plans for. Lewis, in his recent outings against Afghanistan, struggled quite a bit against Mujeeb Ur Rahman when the spinner came around the wicket. Although he was dismissed by pace in all three T20Is, in the preceding ODIs as well as these very T20I games, he showed a glaring weakness against one particular kind of bowling.

Mujeeb’s carom ball was Lewis’ undoing. The quicker delivery would slide on with the arm or turn back in a touch, fiddling with Lewis’ plans to either rock back or go for the sweep. Even a part-time off-spinner like Javed Ahmadi had success against southpaw with this angle and a well-disguised arm ball.

As such, Washington Sundar should be an ideal option against Lewis. India should start with Sundar in the powerplays and target Lewis with the fine leg not so fine. He does tend to play a lot through the square leg, so a deep fielder in there is highly recommended.

The other half of the work was showcased by India in West Indies when Bhuvneshwar Kumar got the better of Lewis twice in three games and Deepak Chahar dismissed him the other time. 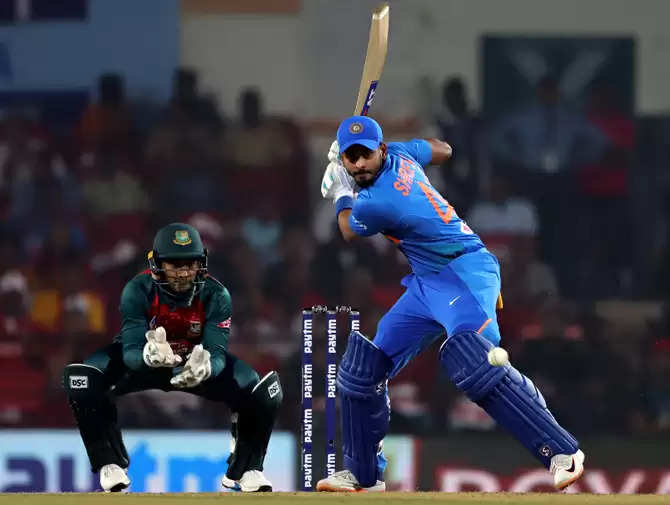 Leg-spin and left-arm spin for Iyer is the way to go in this India vs West Indies series.

A different version of Shreyas Iyer came to light in the recent T20Is with the middle-order batsman exhibiting his fetish for spin bowling and hitting down the ground. What’s notable here is that Iyer, while he likes to take on leg-spin, also tends to fall to leg-spinners.

But this is not just restricted to international cricket. In IPL 2019, Imran Tahir (twice), Riyan Parag, Shreyas Gopal, Rahul Chahar, Rashid Khan – all leg-spinners – and Ravindra Jadeja (left-arm orthodox) had success against him.

In the Syed Mushtaq Ali tournament that just concluded, Gopal yet again accounted for him while left-arm orthodox spinners – Sonu Singh, Manimaran Siddharth, Shahbaz Ahmed – dismissed him thrice in all. He also fell to the leg-spin of Dwaraka Ravi Teja in the game against Meghalaya.

14 out of his last 25 dismissals in T20Is have come against left-arm orthodox spinners or right arm wrist spinners. West Indies have a potent combination in Hayden Walsh Jnr and Khary Pierre to stop Iyer in the middle-overs.

Breaking the stereotype, Deepak Chahar produced eye-catching performances in the death overs against South Africa and Bangladesh. With Bhuvneshwar Kumar back in the setup, Chahar might be relieved of death bowling duties although he might be used for an over.

Chahar’s T20 bowling is characterized by very straight lines in the powerplays and lots of slower balls and knuckle balls in the death. A study of the pitch maps in his last two series show two very distinct trends. In the death, Chahar tends to bowl his quicker balls on a good length at the batsman’s hips while the slower ones alternate between too full and too short although they are both bowled outside off-stump and never at the stumps.

In fact, three out of four times, he finished his death over with slower bumpers. Something to keep an eye out for.