Match 56, the final match of the group stage of IPL 2021, between RCB and DC, will decide who gets two cracks at the final and who gets one. Here, we discuss the template in which DC have been playing in the UAE, and how RCB can break that template. The BCCI announced a few […]
By Naman Agarwal Fri, 8 Oct 2021 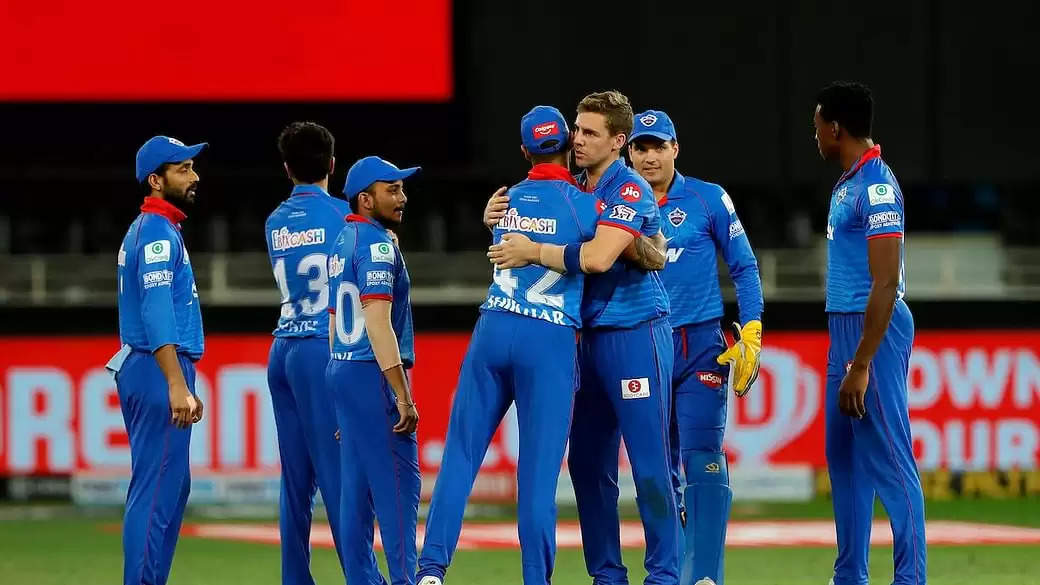 Match 56, the final match of the group stage of IPL 2021, between RCB and DC, will decide who gets two cracks at the final and who gets one. Here, we discuss the template in which DC have been playing in the UAE, and how RCB can break that template.

The BCCI announced a few days back that the final two group stage matches of IPL 2021 will be played concurrently at 7:30 PM IST on 8th October. The main purpose behind doing this was to make sure that any particular team doesn’t have the added advantage of knowing exactly what margins they need to win or lose the last match by, in order to qualify for the play-offs. The standings and schedule have been such though, that two of the four teams involved in the final day have already qualified, and one already eliminated.

SRH vs MI and RCB vs DC are to be played simultaneously on the 8th & I am scratching my head to figure why they need to be played together. MI is either already eliminated or in a run rate competition with KKR. And a DC or RCB win can impact only CSK for the top 2 slots.

The two teams which have already qualified, RCB and DC, will have entirely separate goals heading into their clash. While DC are assured of a top 2 finish, RCB’s top-2 hopes will depend on whether or not CSK loses their last game against PBKS. While it will be an opportunity for DC to try out their bench strength and experiment a little to keep themselves prepared for any scenario they can potentially face in the play-offs, for RCB it will be an opportunity to continue with the combination which has brought them success off late, and allow their players to feel more confident about their roles going into the play-offs.

So how do RCB move into the play-offs on a high? In the game plan for this match, we’ll try to look into how DC have been winning their games, and where can RCB target them.

It would be safe to say that their bowling has been exceptional, and the pillar on which their campaign has stood. In fact, no other team has had a better bowling average in the 2nd phase of IPL 2021 than DC’s 19.24. They have also conceded runs at the least economy rate — 6.46, and have taken wickets at the third-best strike rate— 17.88 balls per wicket — after KKR’s 17.78 and RCB’s 17.86.

If all those numbers are too much, just consider this. There hasn’t been one 50+ plus score by a DC batter in Phase 2 of the IPL so far. Not one. Even SRH have had two 50+ scores in this period. This puts into perspective what we saw above in terms of how good DC’s bowling has been. They have needed to be this good for DC to be where they are in the points table.

Only Shreyas Iyer and Rishabh Pant have averaged more than 30 in Phase 2, but they have done it at strike rates of 106.78 and 120.97 respectively. Shimron Hetmyer is their only batter to have a strike rate in excess of 125. Even Shikhar Dhawan, who was having a great Phase 1, has fallen behind, scoring only 121 runs at an average of 24.2 and a strike rate of 113.08. His opening partner, Prithvi Shaw, might be having flashbacks of UAE 2020, considering how his returns in UAE 2021 have started to mirror those of last year’s.

Unless DC’s bowlers have an unbelievably off day, RCB’s batters will find it hard to go big against them. There’s a a reason no team has even breached 140 against them so far in the UAE this year. So how should RCB approach their innings? They’d be better off looking to see out the PP without losing many wickets than trying to go beserk upfront against the likes of Nortje, Avesh, Axar, and Ashwin.

Maxwell has faced 65 balls off Ashwin and Axar combined in his T20 career. He’s been dismissed only twice and scored at a rate of 198.46. With the kind of form Maxwell is in, it is very important that RCB’s top order allows him to enter the crease with a decent platform to launch against the DC spinners.

More than the batting though, it is with the ball that RCB have the best chance to strangle DC. None of their batters have any great rhythm, while RCB’s bowlers are on collective and individual highs. Harshal Patel is on the verge of breaking the record of most wickets in an IPL season. Yuzvendra Chahal has taken 11 wickets at an average of 12.18 in the 2nd phase so far, and even Dan Christian bowled one of the best spells in his IPL career in RCB’s last game.

RCB just need to get their match-ups right. Shaw averages 18.55 against left arm pace in the PP since 2018, Dhawan averages 20.25 against leg spin in the PP since 2020, Iyer averages 21.8 and strikes at 105.82 against leg spin since 2018. If they can plan their bowling to exploit these numbers, they can very well rattle DC’s batting, expose the chink in their armor, and let the other teams know that DC aren’t as invincible as the points table suggests.