Raymon Reifer. Now, one might have heard his name recently after the left-arm seamer from Barbados ran through the Jason Holder XI with a five-wicket haul in just eleven deliveries during the practice match last week ahead of the first Test against England. “You can always give yourself a chance with the Dukes ball in […]
By Gomesh Shanmugavelayutham Wed, 1 Jul 2020 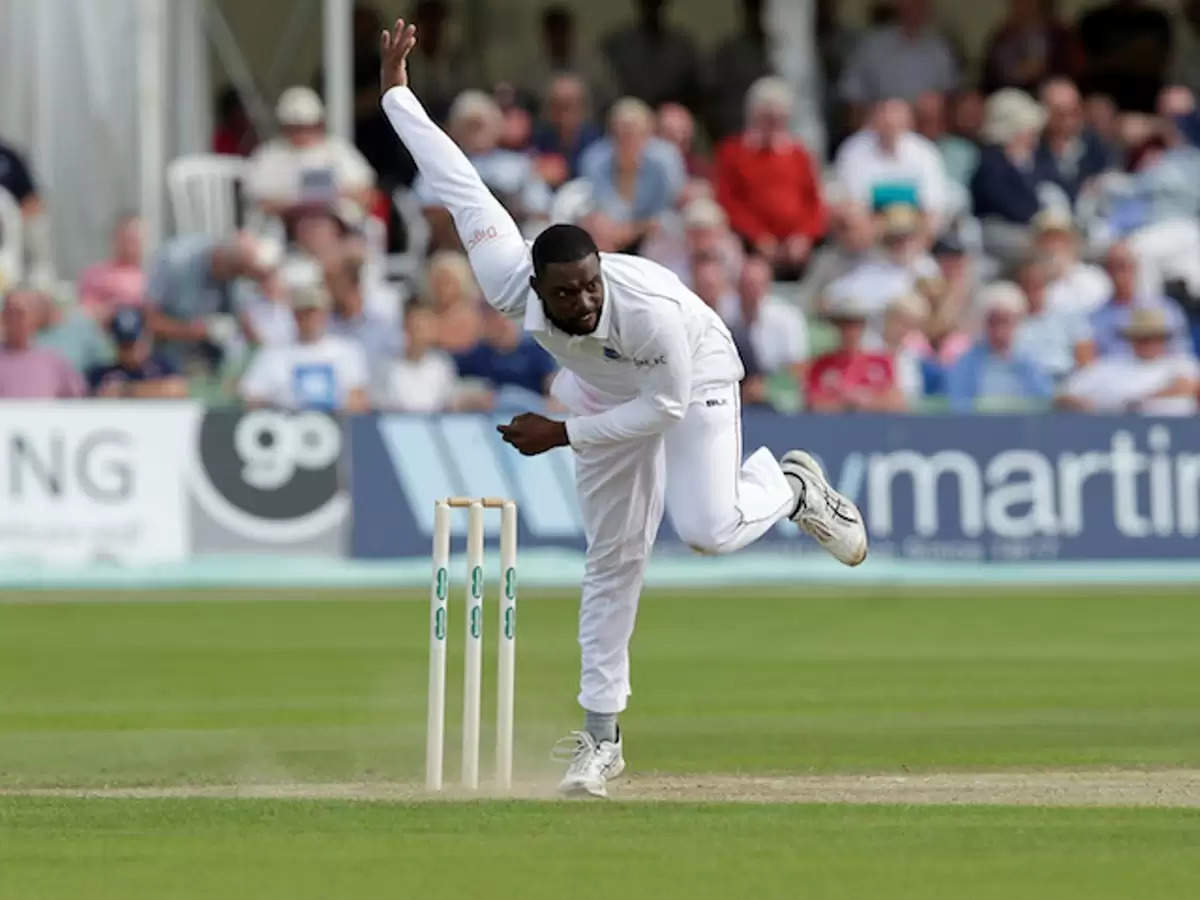 Raymon Reifer. Now, one might have heard his name recently after the left-arm seamer from Barbados ran through the Jason Holder XI with a five-wicket haul in just eleven deliveries during the practice match last week ahead of the first Test against England.

“You can always give yourself a chance with the Dukes ball in England. If you’re able to get a bit of shine on it, there is always some movement to be found in these conditions. If the ball is seaming around, then it is favourable for me. I was pretty pleased with the five wickets. I just put the ball in the right areas, and it started to bite,” he said after the match.

In fact, it is not the first time Reifer is playing in England. He was a part of the squad when West Indies toured England in 2017. Went wicketless in the lone tour match that he played. However, Reifer did better the next year, when he came to England with the West Indies A team. He took 11 wickets in three matches, including a five-for against India A.

Where did his journey begin? Well, for starters, Reifer hails from a family with cricket history. So much so that his cousin Floyd Reifer is the West Indies team’s batting coach. Born in Saint Lucy, Barbados, the left-handed all-rounder made his first-class cricket debut in 2010 for Combined Campuses and Colleges.

Reifer’s initial years might not have been as fruitful as he wanted to be. Reifer averaged in the early 20s both with the bat and ball. It wasn’t until 2014 when he started playing for Guayana, he started performing consistently. Since then, he averages 29.9 with the bat and 23.3 with the ball for Guyana.

Riefer’s career took a turn when the Guayna team won the WICB Professional League Cricket Regional Four-day Cup in 2016. Reifer was a prolific all-round performer that season. He was the sixth-best bowler of the season and second-best for his team. Reifer took 36 wickets in nine matches only below Veerasamy Perumal, who took 41 wickets. He was quick, swung the ball back into the right-hander, and was the X-factor for his team.

With the bat, Reifer averaged 37 with a couple of crucial half-centuries. Especially, his half-century against Trinidad and Tobago, walking in at 149/5, was a significant knock, as he took the team’s total past 270 before he eventually got out. Batting in the lower-middle order, his contribution played a crucial role in the four out of five matches that Guyana won.

Suddenly, all the limelight was on Reifer. His first national call-up happened for the West Indies tour of England. Following which, the Caribbean Premier League contract came along. He has been playing for Barbados Tridents in the CPL since then. Eventually, he made his Test debut against New Zealand in December 2017. Though Reifer made handy contributions with the bat at number eight, he didn’t have a great game with the ball. West Indies lost the match, and he is yet to play another Test match.

Reifer made his ODI debut in May 2019, and he has played only two matches so far. If one looks at his List A record, it might not be as impressive as his record isn’t bad. He averages 27.8 with the bat and 31.15 with the ball. He has taken 65 wickets in 64 matches. However, Reifer has got better in the last couple of years in both One Dayers and T20s.

Though Reifer has played for both Barbados Tridents and St Kitts and Nevis Patriots since 2013, he wasn’t given ample opportunities until last year. He won a few matches here and there for the team. But, it is only fair to say that he was not consistent with his performances. In 2019, however, he had turned the tables. He played 11 matches for the Tridents and struck at a strike rate of 156.5 with the bat. He took 14 wickets in 11 matches giving away 7.8 runs an over.

Reifer was phenomenal with the ball, especially in the final against Guyana Amazon Warriors. Defending 172, he picked up four crucial wickets of Shimron Hetmeyer, Chandrapaul Hemraj, Romario Shepherd and Chris Green. He played a pivotal role in the Trident’s second successful title win.

What this series could mean for Reifer?

While Reifer has become a complete package in the shortest format, he remains a consistent performer in first-class cricket. His mid-20s average with both bat and the ball proves that he could be a valuable player at number eight. While many might feel that the chance has come too late as he is already 29, it is better late than never.

If things go well, this series could well be his breakthrough to the international arena. His ability to swing the ball, the fact that they are playing in England, and he is the only left-arm seamer in the squad adds all the more reasons to play him in the first Test. Who knows, he might be the X-factor as Sam Curran was for England in the 2018 summer.