New Zealand gear up for day-night Test in Australia

Kane Williamson’s New Zealand know they need to re-adapt quickly to the nuances of day-night cricket to have any hope of winning a first series in Australia for more than 30 years when this week’s opening Test begins. The tourists pad up for the first of a three-Test series in Perth with no warm-up games […]
By PTI Tue, 10 Dec 2019 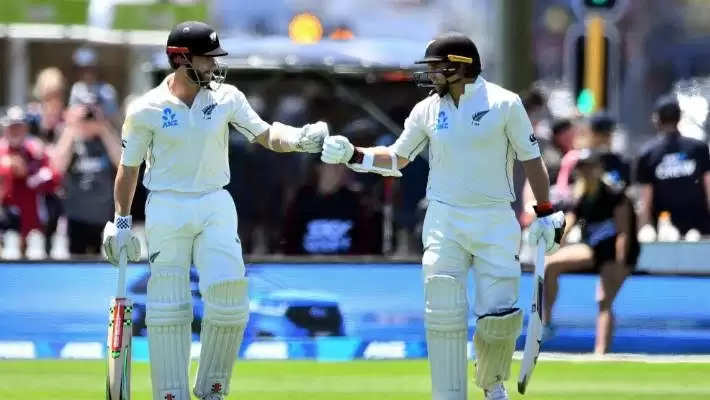 Kane Williamson’s New Zealand know they need to re-adapt quickly to the nuances of day-night cricket to have any hope of winning a first series in Australia for more than 30 years when this week’s opening Test begins.
The tourists pad up for the first of a three-Test series in Perth with no warm-up games and in forecast 40 Celsius (104 Fahrenheit) heat, before heading to Melbourne for the Boxing Day clash then Sydney.

They have momentum from last week’s 1-0 series win against England, but that came on slow and docile New Zealand wickets — a contrast to the expected much zippier track and pink ball under lights at Optus Stadium.

New Zealand last played a day-night Test nearly two years ago against England in Auckland, while the Australians are fresh from thrashing Pakistan by an innings and 48 runs under lights in Adelaide last week.

“Such is the international schedule — we fly out, have a little bit of training and are straight into another match.

“The perfect preparation? It’s always hard to know what that is.”

Injured bowling spearhead Trent Boult also missed the second Test against England but has recovered sufficiently from a side strain to amke the plane to Australia.

He shapes up as a potential match-winner on a Perth pitch expected to offer pace and bounce, along with fellow quick bowlers Tim Southee and Neil Wagner.

Their battle for supremacy with Australian fast bowling trio Mitchell Starc, Josh Hazelwood and Pat Cummins could be crucial to the outcome.

Black Caps opener Tom Latham said the team was not scared of facing such a top-notch attack.

“I wouldn’t say (it’s) daunting, but it’s an exciting opportunity for us,” he told reporters in Perth.

“We’re lucky enough we have played most of their guys before, so we know what they bring.” Scorching hot weather is forecast for the first three days in Perth with Australia widely expected to field the same XI to the one that crushed Pakistan.

Tim Paine’s team has proven more consistent in recent months, having retained the Ashes with a 2-2 draw in England before their 2-0 sweep against Pakistan.

David Warner, who made a monumental 335 not out in Adelaide, is in a rich vein of form, as is number three Marnus Labuschagne who has hit two big Test centuries in a row.

“He’s a quality player and hopefully we can keep him quiet this series,” he said of Williamson, while noting Boult has “terrific skills and a great record”.

“If he plays we will have to be very watchful,” he added.

New Zealand have only won three of 31 Tests in Australia and have not claimed a series on thr other side of the Tasman since 1985-86.

But Allan Border, who skippered Australia in that series defeat, said the Black Caps should not be underestimated.

“It definitely is their best chance to win a series since ’85 because they’ve got most bases covered as a team.”