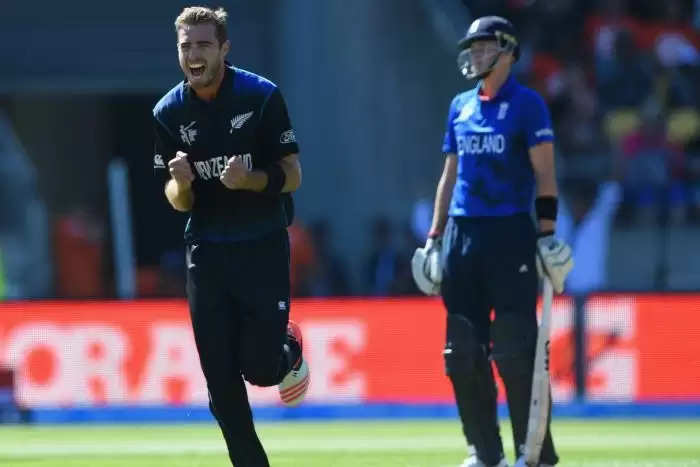 There’s a little less than a year left for the T20 World Cup which will be held in Australia and hence, teams have begun their preparation. In fact, this will be England’s first white-ball assignment post the World Cup win. However, the Kiwis played a three-match series in Sri Lanka after the two-match Test series which was a part of the World Test Championship.

A lot has changed since that World Cup final. The two squads wear a pretty different look. England have rested some of the Test regulars like Ben Stokes, Jos Buttler, Joe Root and Jofra Archer. They’ve thrown in opportunities to a few youngsters who’ve performed well at the T20 Blast and in domestic cricket. Tom Banton, Lewis Gregory, Matt Parkinson, Saqib Mahmood and Patrick Brown are all new faces in the England squad.

However, they have the experience of Jonny Bairstow at the top who looked in fine form in the practice game. Meanwhile, Eoin Morgan lends experience in the middle and Sam Billings makes a return to the England side after a long injury layoff. Adil Rashid, Chris Jordan and Tom Curran are the other regular England internationals in the T20 squad. Hence, a couple of players might make their T20I debuts in the first game.

On the other hand, New Zealand have lost Kane Williamson to a hip injury which means that he will miss the entire series. Like he did in Sri Lanka, Tim Southee will lead the side. The likes of Trent Boult and Lockie Ferguson have returned to the T20I side. While Boult will be available for the last two games, Ferguson who is making a return after recovering from a thumb injury will be available for the first three encounters.

He looked in good rhythm in the practice game. So did Colin Munro with the bat as he smoked a fine ton in the second game. James Neesham last played a T20I back in January 2017 and hence, he makes a return to the side as well. Blair Tickner also gets a chance after having a decent debut against India earlier this year.

With the 50-over World Cup done and dusted, the focus now is on another big title, the T20 World Cup. It is a format hasn’t been the best for England since the World T20 in 2016. In fact, the same has been the case for New Zealand as well. While England have won 12 out of the 22 games since the mega event in 2016, the Kiwis have 13 wins from 28 games. Over the course of the last year or so, T20s had taken a backseat with the 50-over World Cup in the horizon. But now, both teams will be eyeing the big price in Australia next year. The preparations start here.

England’s relatively inexperienced bowling attack will be up against a strong New Zealand top order which boasts of Martin Guptill, Colin Munro and Tim Siefert. Munro blasted a ton in the warm-up game. Also, it will be interesting to see how young Tom Banton goes against someone like Lockie Ferguson who can rattle the batsmen with pace. Banton has had a wonderful English summer and hence, will be itching to make a mark and fix his place in the England T20 squad.

England have been a touch inconsistent in T20Is over the last 18 months or so. Moreover, the last time they played a T20I was back in May at the start of the English summer. Hence, New Zealand seem to be a settled side at the moment. They seem to have most bases covered and will go in as favourites.