2689 runs, an average of 52.72 and 24 half-centuries. These are Virat Kohli’s numbers in T20I cricket. Each of those numbers are the highest in their own category. Be it runs, average or number of half-centuries, the Indian captain is topping most batting lists in international T20 cricket. Moreover, he has a strike-rate of 138.53 […]
By Sahil Jain Thu, 23 Jan 2020 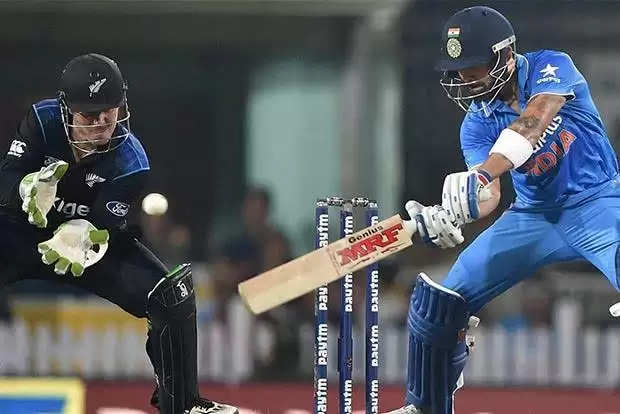 2689 runs, an average of 52.72 and 24 half-centuries. These are Virat Kohli’s numbers in T20I cricket. Each of those numbers are the highest in their own category. Be it runs, average or number of half-centuries, the Indian captain is topping most batting lists in international T20 cricket. Moreover, he has a strike-rate of 138.53 – not in the Chris Gayle zone, but definitely more than mere passable – to go with those numbers.

He’s registered a mere two ducks in his 78-match T20I career and has been an absolute run-machine, consistently churning out runs across formats. Despite playing just conventional cricket strokes, Virat Kohli has become a beast in T20 cricket.

So, who can dismiss Kohli in T20I cricket? Let’s dig deeper and dissect to see who troubles him the most and who he is vulnerable against.

If you take a look at numbers since 2015, they show you that Kohli struggles the most against left-arm pace and leg-spin, more so the former. In fact, the Indian skipper has the least strike-rate and the highest dot-ball percentage against left-arm pacers. While he averages 41.00 against them and has been dismissed only five times, the left-arm seamers keep him quiet. He strikes at 122.02 against them which is the lowest and has a dot-ball percentage of 36.90%. Against no other type of bowler does Kohli have a dot-ball percentage in excess of 30 and he is at least striking at 129 or more against all the kinds of the bowlers. 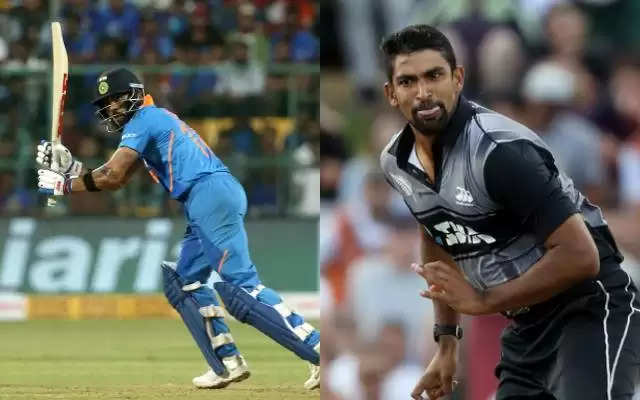 Virat Kohli has been dismissed by Ish Sodhi twice already

However, left-arm pace aside (which isn’t too highlighted), it’s becoming a trend to throw leg-spin at Kohli early. Adam Zampa has got his number and has dismissed him quite a few times in the last one year in white-ball cricket. In T20Is, Kohli has the second-highest dot-ball percentage against the right-arm wrist-spinners. 28.74% of the deliveries by leg-spinners to Kohli are dots in T20Is since 2015. However, the battle has been a double-edged sword with Kohli counter-attacking as well. He has the second-best strike-rate (138.32) against the leggies and averages 46.20 as well but has been dismissed often as well.

Also read: Is Iyer a good pick in T20Is?

India are in New Zealand for a five-match T20I series and New Zealand will throw a lot of leg-spin in the form of Ish Sodhi at Kohli. In fact, Sodhi has dismissed the Delhi-born skipper on a couple of occasions in T20Is and Kohli averages a mere 9.50 and has a dot-ball percentage of 21.43% against him. He has played five T20Is against New Zealand and has been dismissed twice by Sodhi and once by Mitchell Santner. The only other time was against James Franklin (left-arm seam) and that was after he scored a well-compiled 70.

New Zealand don’t have any left-arm pacers in their squad for the T20I series this time around. But Sodhi vs Kohli is definitely a battle to watch out for. The Indian skipper won’t back down from a challenge. Kohli averages 49.25 and has a strike-rate of 155.12 against New Zealand in T20Is. Moreover, all of them came at home and he’s played only five games against them. This will be Kohli’s first T20I on New Zealand soil. He was rested for the three-match series in 2019 and wasn’t a part of the squad in 2009.

Thus, New Zealand awaits Kohli’s first T20I on their soil. Can Sodhi win the battle once again or will Kohli reign supreme as he does on most occasions?