It was an all too familiar sight for England and also, New Zealand. But obviously, that was on different ends of the spectrum. In an away Test, England once again toiled hard for most part of the game. New Zealand once again found a way to respond under pressure and come back from tricky situations […]
By Sahil Jain Wed, 27 Nov 2019 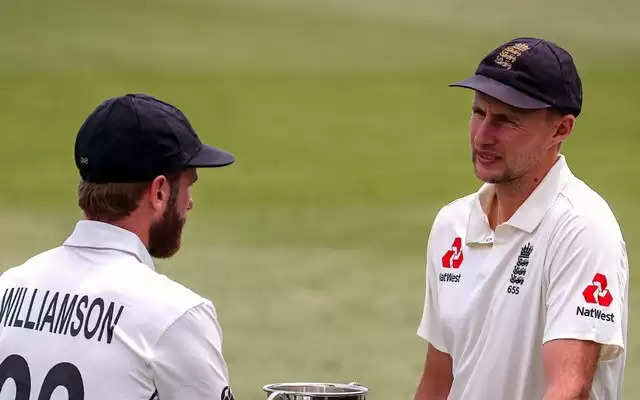 It was an all too familiar sight for England and also, New Zealand. But obviously, that was on different ends of the spectrum. In an away Test, England once again toiled hard for most part of the game. New Zealand once again found a way to respond under pressure and come back from tricky situations and win yet another Test match at home.

It was a new start for England under new head coach Chris Silverwood. However, it was the same old mistakes that came back to haunt England. The batting line-up has just not been able to rack up big scores and the bowlers look toothless and toil hard on away tours and that’s what has happened in the first Test. The batsmen were guilty of throwing starts away and their shot selection was once again under the scanner. The bowling despite the addition of Jofra Archer and consisting quite a bit of variety kept toiling away and lacked any sort of edge.

Skipper Joe Root’s form will be a big worry. He averages just 27.40 this year and has looked far from his best while he’s at the crease. Rory Burns and Joe Denly showed good signs of form at the top but England will want them to convert their starts into big hundreds. Barring Ben Stokes, the England middle-order which has the likes of Ollie Pope and Jos Buttler need to step up as well.

New Zealand were under pressure on the first two days of the Test match. They had picked up just four wickets at the end of the first day but they came storming back and knocked over the last six wickets for 53 runs. With the bat, the hosts were 127/4 but they came storming back again. It was Tim Southee and Neil Wagner with the ball while it was BJ Watling, Colin de Grandhomme and Mitchell Santner with the bat.

They would rate the second innings performance pretty highly as well. Spearhead Trent Boult pulled up after bowling just one over on the fifth day. However, Wagner stepped up beautifully and blew away the England middle and lower order to lead the Kiwis to a win.

England have quite a bit to ponder about. While their team selection looked good, the performance and the execution of the plans wasn’t the same. They might not make any changes to their XI but Root and co will need to pull up their socks. Meanwhile, Trent Boult has been ruled out due as he strained one of his muscles over the right ribs. Matt Henry and Lockie Ferguson will compete to fill in that vacant spot. Colin de Grandhomme has also been ruled out due to a muscle tear and will miss this Test. Daryl Mitchell has received a maiden Test call-up and may as well make his debut in Hamilton.

Joe Root has been battling form this year. Be it at No. 3 or 4, he’s struggled to score runs consistently. He will be up against New Zealand’s Test specialist Neil Wagner who was brilliant in the first Test. Wagner can crank it up and bowl differently according to different situations. Root has been dismissed by the Kiwi left-arm quick on three occasions in Test cricket.

England will be happy that this is not a part of the World Test Championship (WTC). After the first couple of days, they played catch-up all the time and barely looked like they were in the game. They just toiled away, with both bat and ball and eventually, lost the Test. Thus, it is New Zealand who will start this one as favourites too. They have been dominant at home and been brushing aside most opponents.