NZ vs IND T20Is: Do India need Shreyas Iyer in the T20I team?

India hasn’t had the luxury of a good middle-order in limited-overs cricket in the past few years. The failure of a not-so-solid middle-order had a part to play to India’s loss in the World Cup semi-final against New Zealand last year. To build a stable middle-order after the World Cup 2019, India brought Shreyas Iyer […]
By Tushar Thu, 23 Jan 2020 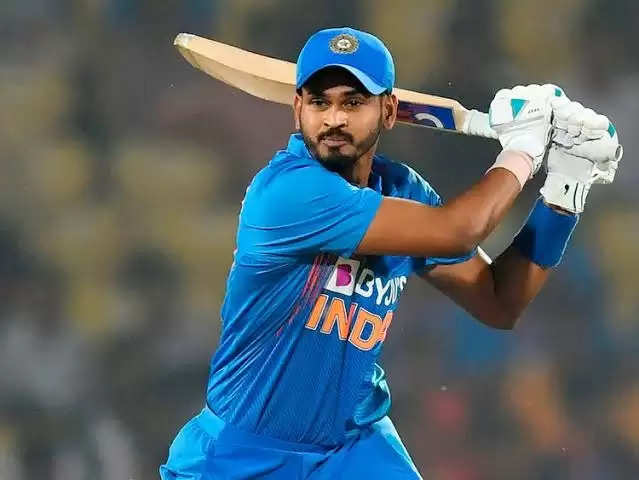 India hasn’t had the luxury of a good middle-order in limited-overs cricket in the past few years. The failure of a not-so-solid middle-order had a part to play to India’s loss in the World Cup semi-final against New Zealand last year. To build a stable middle-order after the World Cup 2019, India brought Shreyas Iyer and Manish Pandey in their squad. Both Iyer and Pandey had piled runs in domestic circuit and for India A, so they deserved to be in the Indian ODI squad without any doubt.

The first assignment for India after the marquee event was an away T20I series against the West Indies. India selected Pandey in the playing XI in all the T20 matches. He didn’t return with very good results, scoring just 27 runs in three innings. After the T20 leg, India were scheduled to play an ODI series against the same opponent. However, Shreyas Iyer was selected ahead of Pandey in the playing XI.

The first match at Guyana was abandoned due to rain. Iyer batted at five in the next two games with Rishabh Pant continuing at four. The right-handed batsman was very impressive – the biggest positive for India from that series. Iyer was then brought in the Indian T20I team as well. India carried on with Pant at four and Iyer at five till the home T20I series against South Africa. However, in India’s next T20I series which was against Bangladesh, Iyer was promoted at four, and Pant was demoted to five.

Since his return in T20I team, Iyer has been averaging 25.85 and has a strike rate of over 143. In this duration spanning 10 innings, he has scored a half-century as well. These numbers are not bad. But, has the Indian team management made a mistake by selecting Iyer in the T20I team on the basis of his ODI performance? Let’s delve into some facts and numbers to find out.

As far as his T20I record goes, the 25-year-old doesn’t have imposing numbers. In his international T20 career of 17 matches, he averages exactly 22 with a below-par strike rate of about 128. He has scored just one fifty in T20Is so far. These numbers are mediocre but the sample size is not large enough.

So, let’s consider his numbers in the Indian Premier League. The IPL is considered to be the world’s best T20 league, and the performances of players in the competition play a vital role in the selection of players in the national team. In 62 IPL matches, the Delhi Capitals’ skipper averages 30.56 with a strike rate of about 127. And these numbers do not warrant Iyer’s selection in India’s T20 team in the first place.

Performance of Shreyas Iyer in the IPL by batting positions:

Players who have at batted at four in the IPL since 2017 (minimum 10 innings):

Rishabh Pant is the stand out winner, even better than AB de Villiers. Ironically, Pant’s place in the Indian T20I team isn’t secured. He didn’t feature in India’s last T20I which was against Sri Lanka. The team management probably wanted to give a chance to Sanju Samson. However, they could have played Samson along with Pant. Also, Kohli confirmed in the press conference on Thursday that KL Rahul will keep the wickets for the entirety of the T20I series against New Zealand. So, it does not look like that the southpaw will play tomorrow either.

The argument doesn’t end here. Dinesh Karthik is not even being considered to be selected in the Indian T20 team. And, is not in the scheme of things of India. When India need a back up for KL Rahul in the second ODI against Australia, KS Bharat was called. Even though the format was different, Karthik doesn’t seem to be in the selection radar.

True Run Rate & True Dismissal Rate compare a player's actual Run Rate & Dismissal Rate with the expected figures based on the overs they have batted in. Using these measures we have taken a look at Indian IPL batsmen with 500+ runs since 2017. @CricViz #T20WorldCup pic.twitter.com/7hQgS5XpM1

Even without considering stats, Iyer is not a very good T20 batsman in the middle-order. It is prerequisite for a middle-order to have the ability to go berserk against any kind of bowling even from the ball one in the modern-day T20 game. Generally, he prefers taking time at the beginning of his inning, before playing big shots.

The T20 World Cup 2020 is in Australia. Thus, India should look to build a team suitable for those conditions. The decks in the Australian grounds are fast, provide bounce and assist pacers. Plus, the boundaries in the Australian stadiums are quite big.

His average against the fast-bowling is better than that against spin, however vice-versa for strike rate. The right-handed batsman looks to protect his wicket against fast-bowlers and goes berserk against spinners. Thus, a significant difference of 46.52 in strike rate against pace and spin.

The Mumbaikar is monstrous power-hitter of spin bowling, however, his gameplay against true pace has been under the scanner. In India’s last ODI series against Australia, Iyer’s inability while facing Mitchell Starc and Pat Cummins was clearly visible, particularly against short balls. He was standing too deep inside the crease on the back-foot, waiting for the short balls. He was never comfortable against pacers in the first two ODIs, and was beaten at times.

He scored 44 runs in the third ODI at Bengaluru. But the factors which should be considered are that the pitch in that match was slow and neither of the Starc and Cummins was in the rhythm. Also, there is no such thing that he can’t score against a pacer even for a single time.

Any middle-order batsman in a T20 batting unit should have the ability to play big shots against pacers. The main reason is that they might bat in the death overs at times, and generally pacers bowl in that specific period.

Iyer, though, might succeed in the T20 series in New Zealand, as their frontline pacermen are unavailable for this series due to injuries. Also, the grounds in New Zealand are pocket-sized, so even mis-hits could cross the boundaries.

But everyone should wait for his performance in the IPL 2020 as it will give a clearer picture about Iyer’s abilities in the middle-order.