Danushka Gunathilaka though has nobody but himself to blame for not making the most of his chances. Consistency is what has eluded him but he has got another opening with the tour of Pakistan.
By Nikhil Popat Wed, 9 Oct 2019 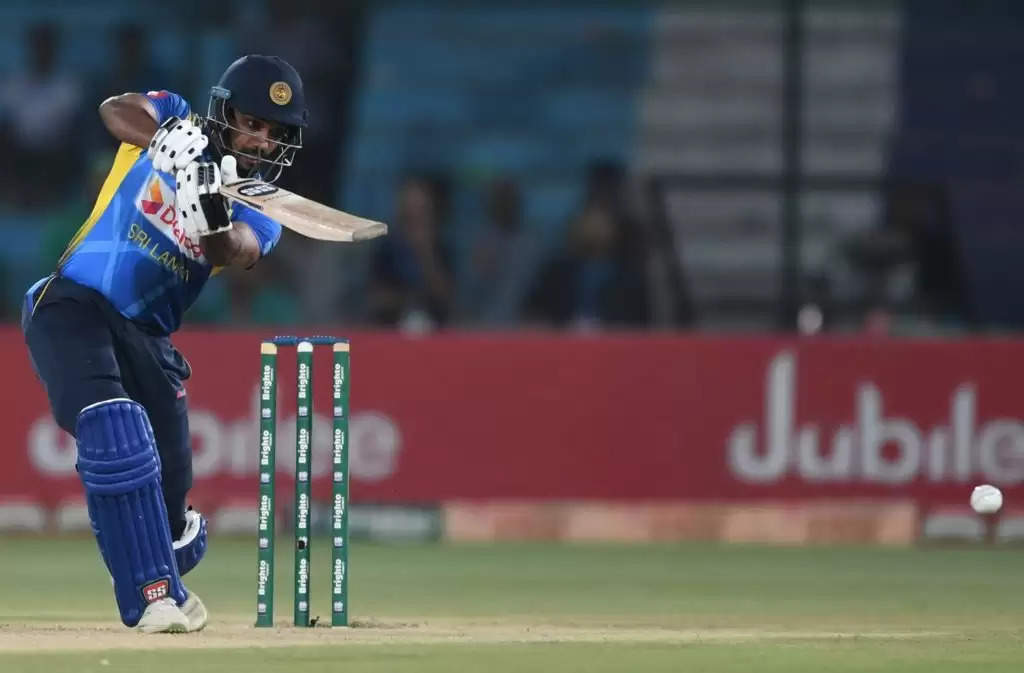 No Lasith Malinga, no Angelo Mathews, no Kusal Perera, no other regular starters are on tour to Pakistan, this is a Sri Lanka B side. There isn’t much to write or say about their performance. The only player with over 100 ODIs has hardly spent time in the actual side, he’s also the captain. Lahiru Thirimanne and co. are in desperate need to give a good show of themselves.

Danushka Gunathilaka last played an ODI on January 8, against New Zealand this year. He had got runs in the series and consistently – 43, 71 and 31 but that was all.

A recurring back injury saw the opener dropping out of the squad and missed most of the remaining ODIs as Sri Lanka continued to chop and change coaches, captains, players at their will.

Lasith Malinga brought the World Cup to life with his spell against England but that was the only positive for them and the changes were imminent post the event.

With the usual starters opting out of the Pakistan tour, Gunathilaka spotted an opportunity to get some game time for his country. He was foxed by Mohammad Amir for 14 in the first ODI, but in the second, he found a way to turn the tables.

The aggressive opener as he is, unfurled a flurry of boundaries to start his innings. In the first ten overs itself, he had hit six hits to the fence. Despite losing partners at the other end, he kept playing his natural game and mixed caution with aggression to take the visitors to 297/9.

Pakistan won the ODI and the series thanks to their middle-order stepping up but Gunathilaka, scoring only his second ODI ton, showed what he had in him and why Sri Lanka have gone back to him, time and again.

Three Man of the Match awards in a career of 63 games in all formats is not something that would make you stand up and take notice but at times, you don’t have to be the best player to win it.

Against India, in the Champions Trophy 2017 game, it was he hit a 72-ball 76 against the tournament favorites India as they chased down a target of 322 without breaking much sweat. It was more the manner in which he dominated the bowling attack that made all wonder, why wasn’t he a regular in the side.

It’s been the off the field issues that have not helped his case and he’s had a history of that.

It was only last year in July that he was suspended from all forms of international cricket by the Sri Lankan Cricket Board (SLC) for breaching the ‘Player Code of Conduct’. It was a breach of curfew during the second Test against South Africa at home.

While he was free from any suspicion of any wrongdoing, his offence was linked to an alleged incident of sexual assault within the team hotel.

In January 2018, he had been officially reprimanded for breaching Level 1 of the ICC Code of Conduct during the final of the tri-series against Bangladesh for giving Tamim Iqbal a send-off.

In October 2017, he was suspended for six white-ball matches for misconduct. It was reported that he missed a training session and turned up to the match without his gear. The suspension was later revised to three games. There were reports of his indifferent behaviour during the home series against India too.

It was these spurs of indiscipline that have often marred his sparks of brilliance on the field. In only his third ODI for Sri Lanka, he had struck 65 from just 45 balls to help his side beat New Zealand at Nelson in 2015.

His first impact knock came for Sri Lanka Under-19s in 2009, when on a tricky Johannesburg deck, he played at a strike rate of 140, scoring a 50-ball 70. It wasn’t enough for them to win, but it meant that Gunathilaka was given a fair recognition for his batting display.

Gunathilaka, who played the 2010 ICC Under-19 World Cup which had the likes of Joe Root, Tom Latham, Ben Stokes, Babar Azam, KL Rahul, has not been as consistent as he would have liked to be.  In the tournament, he only scored 138 runs in five games with just one half-century.

He scored three fifties and his maiden ton against Zimbabwe but couldn’t stop the side from losing the series. His ODI career was going along fairly well till he failed in the three ODIs against Bangladesh in 2016. A string of low scores followed but it was the indiscipline then crept into the game for him as he started to miss games before returning for the tour to New Zealand.

His Test career began against India in 2017 but has never taken off. In the 16 Test innings that he has played, he has gone past the 50-run mark just twice. He averages a meagre 18.68 in red-ball cricket, leaving his Test career stagnant.

The retirement of Kumar Sangakkara and Mahela Jayawardene has hit the Island nation harder than they could have ever imagined. After the two retired and with Tillakaratne Dilshan following them soon, the Islanders have tried plenty of men in all forms of cricket. The unstable nature of the selection committee and constant chop and change hasn’t helped their cause either.

Gunathilaka, though, has nobody but himself to blame for not making the most of his chances. Consistency is what has eluded him but he has got another opening with the tour of Pakistan. He backed up his 133 in the final ODI with a brisk half-century in the first T20I against the same side, which set up the upset win over the No. 1 ranked T20I side.

‘Dana’ as he is nicknamed, was picked on potential after his early years at Sinhalese Sports Club. He is now starting to put in performances which should hopefully give him a long run, and hopefully, he will ensure he’s picked on the side on the performance on the field and not dropped for those off the field.