West Indies coach Phil Simmons on Tuesday said the team would be banking heavily on skipper Kieron Pollard in the series-deciding third T20 International against India as his understanding of the pitch due to IPL exposure will be “invaluable” for the bowlers. Pollard has played a lot at the Wankhede Stadium as he has been […]
By PTI Tue, 10 Dec 2019 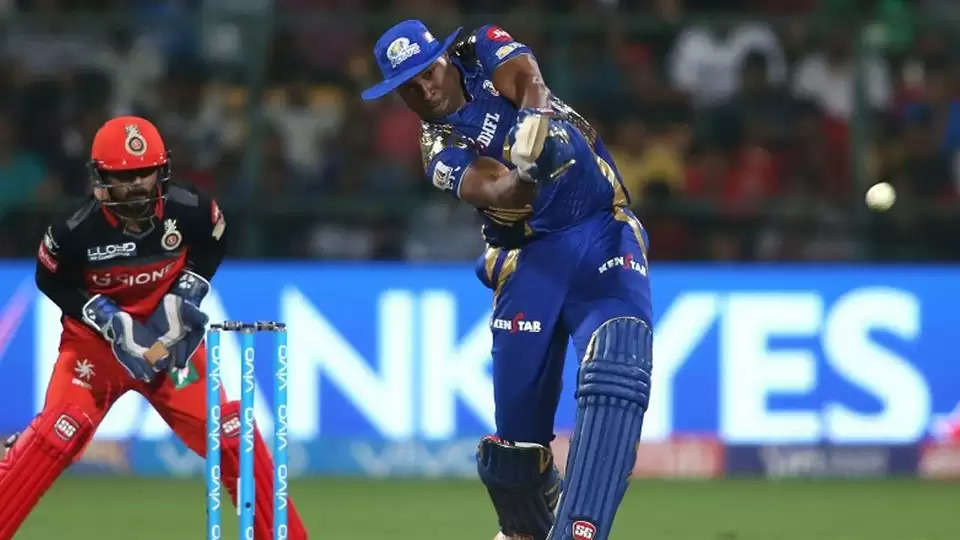 West Indies coach Phil Simmons on Tuesday said the team would be banking heavily on skipper Kieron Pollard in the series-deciding third T20 International against India as his understanding of the pitch due to IPL exposure will be “invaluable” for the bowlers.

Pollard has played a lot at the Wankhede Stadium as he has been part of the Mumbai Indians IPL squad and Simmons said his experience will help the visiting bowlers.

“(Kieron) Pollard has played a lot at this venue, the others have not played that much. I think the experience which they have got from here is invaluable and especially the captain (Pollard), as he has been here for 10 years,” Simmons said in the pre-match press conference here.

There have been lot of dropped catches from both the sides and Simmons said there should be no excuses for fielding lapses.

“You will not win games if you drop them. The players will have to tell you if it is the lights or whether it is their execution or their position,” he said.

“…I do not like excuses. I think if you drop a catch it is your fault. You can blame the lights but I think we just have to keep working hard so we do not drop any,” he added.

Pollard replaced Jason Holder as the captain of the ODI team, while he replaced Carlos Brathwaite to become skipper of the T20 side and Simmons said he has been doing well in the twin roles.

“I didn’t have Jason (Holder) a lot in the ODIs when I was there (as a coach) before. Kieron (Pollard) is proactive with all the players. He lets them know exactly what he wants from them. He’s been good in the sense that they know that he’ll give everything for the team,” Simmons said.

West Indies thrashed India by eight wickets in the second T20 at Thiruvananthapuram to level the series 1-1. They had lost the lung-opener in Hyderabad.

Pacer Sheldon Cottrell has been among the wickets. He has used lot of cutters and has also swung the ball. The coach seemed content with his performance but advised the speedster to control the ball when he swings it.

“He knows his game, exactly what he can do. He swung the ball a lot in Trivandrum, but didn’t control it. So, let’s hope he controls it in this game. But he’s been a valuable asset for this team,” said the head coach.

West Indies played a series against Afghanistan in Lucknow before the India series and the coach said it did help.

“I think it (the series against Afghanistan) would help because we’ve been here for a long time. We tried very hard to keep the (limited overs) guys here even though there was a Test match on,” said Simmons.

West Indies had defeated India in the 2016 ICC World T20 semi-final here but the coach said it was a long time ago.

“A lot has happened since then. But, I think we’re confident because of the way we’ve played in the two games here. Although we lost the first one, we won the second one. The way we prepared, the way we’ve been playing, that gives me and players confidence,” he noted.

India has been vulnerable while defending totals but Simmons said the teams have to be prepared for any situation.

“I think you have got to be prepared at the beginning for doing either one of them. If you win the toss you are prepared to do good, whichever one we decide to do tomorrow (match-day). You can lose the toss. I don’t worry about the toss too much,” he said.

Meanwhile, India skipper Virat Kohli and medium-pacer Kesrick Williams and the coach had his own take on it when asked about it.

“The banter has been good, it has been interesting because they are 1-1 now because he (Virat) got Kesrick in the first match and Kesrick got him in the second. Let’s see who wins it tomorrow (match-day),” he said.

Finally, several big totals have been chased at Wankhede and the head coach is aware of it.

“We have seen in the IPL and international cricket that totals over 200 can be chased here, it is that sort of ground. You never know how much you have to (put up) when you are batting first. I think any score is chaseable here,” he signed off.