World Cup champions England return to one-day international action when they start a three-match series against South Africa at Newlands on Tuesday. Both countries have made numerous changes from the squads that played in the global event between May and July last year. Only eight of England’s winning squad will be in action, while South […]
By PTI Sun, 2 Feb 2020 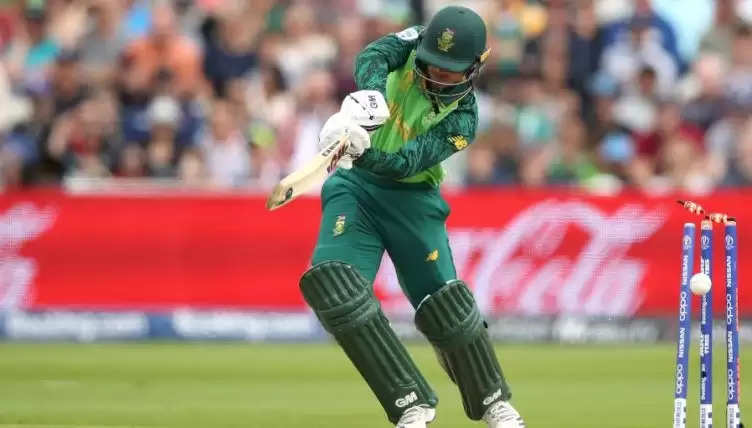 World Cup champions England return to one-day international action when they start a three-match series against South Africa at Newlands on Tuesday.
Both countries have made numerous changes from the squads that played in the global event between May and July last year.

Only eight of England’s winning squad will be in action, while South Africa, the first team to be eliminated from contention for the World Cup semi-finals, have retained only five players.

Eoin Morgan has been widely praised for his leadership of the England team, while Quinton de Kock is something of an unknown quantity in charge of South Africa after the selectors decided to ‘rest’ Faf du Plessis from this series.

Interim director of cricket Graeme Smith said recently that De Kock would have an extended run as captain of the one-day side with Du Plessis expected to quit international cricket later this year – long before the next World Cup in 2023.

Apart from being captain, De Kock is by far the most experienced batsman in what seems a largely experimental squad. To reduce his responsibilities, a second wicketkeeper in Kyle Verreynne has been chosen and will probably make his international debut at some stage in the series.

Star all-rounder Ben Stokes, the hard-hitting Jos Buttler and fast bowlers Jofra Archer and Mark Wood were all given this series off after being part of the World Cup-winning team and playing in the recently-finished Test series, with Archer subsequently ruled out because of injury.

Among those with a chance to win longer-term one-day exposure are seam bowler Saqib Mahmood, leg-spinner Matt Parkinson and Test all-rounder Sam Curran, who joins his brother Tom in the squad.

South Africa have lost a slew of players to retirement or non-selection, including Du Plessis, Hashim Amla, JP Duminy and Imran Tahir, while fast bowler Kagiso Rabada was given an overdue rest from a series after being virtually ever-present for South Africa in the past three years.

Janneman Malan, younger brother of Test opener Pieter, is regarded as one of the country’s most exciting young players, as is Verreynne, while Temba Bavuma, having become a marginal player for the Test side, could get an extended run in the one-day team.

Lungi Ngidi was hailed as a potential fast bowling star when he made a match-winning Test debut against India two seasons ago – but injuries and lack of fitness have held him back. He had to prove his fitness for this series and made a successful return for the Titans franchise in a domestic one-day match on Friday.

Lutho Sipamla is another exciting prospect and South Africa will be hoping the two young bowlers start a steep upward curve over the next three matches.

England have lost raw pace in the form of Wood and Archer but will be watching the progress of Saqib Mahmood with particular interest when he makes his one-day international debut.