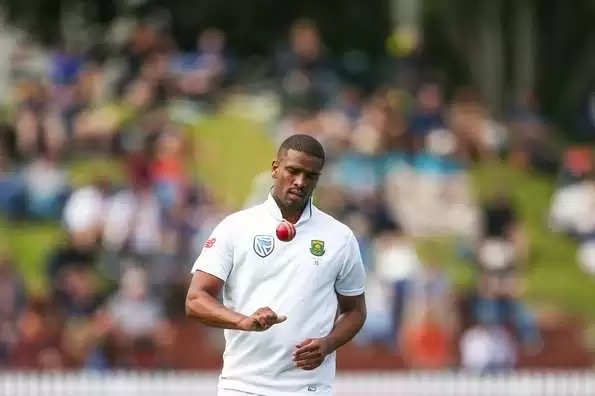 The opening Test against India will mark the start of South Africa’s ICC World Test Championship campaign and Philander said it is going to be a tough battle first up.

“It’s a tough start playing India in India but I don’t think the South Africans would have wanted it any other way take the big dogs in their home ground,” he was quoted as saying by the ICC.

“All of us are looking forward to this challenge and there are a lot of player-to-player challenges as well.”

It will be first Test series for South Africa since the retirements of experienced players such as Hashim Amla and Dale Steyn.

“Spotlight will be on a lot of big players to make a statement. Our job is to come here and give the first punch as India is obviously expected to do well,” said Philander after the conclusion of the final day of the practice game.

“We are known as a team who starts slow so this time around we have to start well. There is a lot of pressure on players (but then) it’s international cricket and you want to keep it that way.”

Philander, who had picked up 15 wickets during South Africa’s last Test series against India in 2018, wants the senior players to leave behind a legacy for the youngsters.

“We have lost some senior players and there are new players coming in and we want them to learn quickly.

“Hopefully we can use the experience of the senior players that are still around and mold this into a good Test side for the years to come. That’s the most important part, to lay a good foundation for players to take forward,” he said.

Philander, who made his Test debut in 2011, geared up for the opening Test by taking two wickets and scoring 48 during the drawn three-day warm-up game between Board President’s XI and South Africa here.

“It’s always good to have some time out in the middle. Fortunately for me, I came here a couple of days earlier to join the A side to get a bit of a game time,” said the 34-year-old, who has taken 214 wickets at an astounding average of 21.64.

“Mainly it’s just about getting a feel for the wickets. It is going to be a tough series, obviously, so the more time you spend out there in the middle, the better.”

Talking about the World Test championship, Philander said: “The Test championship brings in a new dimension. It is a new sort of excitement for players. Also knowing that you will be playing against top teams more often (is great).

“We are obviously prepared to do well. When we do well, it gives you that better confidence and I’ll take that confidence with me. It’s been a long winter for me and I am feeling in really good nick.”