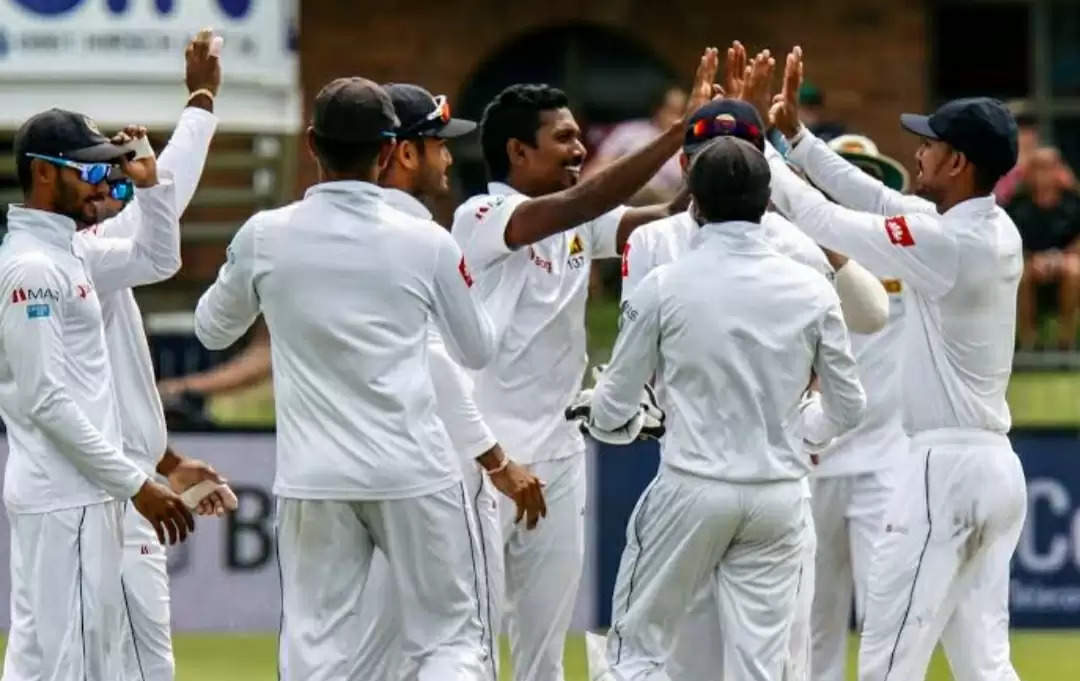 Islamabad, Dec 9 (AFP) Sri Lanka embarked on the first Test cricket tour of Pakistan in 10 years on Monday following the deadly 2009 attack on their team that plunged Pakistan into sporting isolation.

Sri Lanka will play two Tests under heavy security, one in Rawalpindi — where Pakistan’s army is headquartered — and the second in Karachi, ending a decade-long absence for cricket’s five-day format since the attack.

Eight people were killed and several players and officials were wounded when militants opened fire on a convoy of buses travelling to a Test in Lahore in March 2009.

“This is my first tour to Pakistan,” said Sri Lanka skipper Dimuth Karunaratne, who opted out of the team’s recent limited-overs tour of Pakistan.

“After the 2009 incidents players were scared to tour Pakistan but in the last two years or so Sri Lanka and other teams have toured Pakistan.”

He added: “We want to play good cricket in Pakistan and hope they give us some good security.”

The 2009 attack slammed the door shut on international sporting fixtures in cricket-loving Pakistan as foreign teams refused to visit over security fears.

Also Read: Misbah-ul-Haq hit back at critics saying he has no magic wand to revive Pakistan cricket

Pakistan’s cricket team has been forced to play its home matches on neutral ground in the United Arab Emirates, resulting in financial losses and hard times for Pakistani fans.

International cricket began making inroads back into the country when Zimbabwe became the first team to play in Pakistan in 2015, paving the wave for a smattering of Twenty20 matches ever since.

But Test matches — considered the pinnacle of international cricket — have until now remained absent. The first Test starts in Rawalpindi on Wednesday and the second is in Karachi from December 19.

Also Read: The Timeline of Fawad Alam and his mismatch with destiny

“Pakistan’s losses due to non-hosting of international cricket have been substantial,” Waseem told AFP.

“Pakistan cricket supporters have been denied the opportunity to see their heroes play live in our national stadiums.”

– ‘Cricket in Pakistan is dying’ –

None of the players on Pakistan’s current roster, including skipper Azhar Ali (75 Tests) and Asad Shafiq (71), has played a Test at home.

“Cricket in Pakistan is dying and our kids aren’t as keen toward the game as we were once. But one can’t blame the younger generations because they haven’t seen their team playing in Pakistan.”

The PCB are now hoping to turn things around thanks to a dramatic improvement in security in recent years, following a wave of crackdowns on militants across the country.

Sri Lanka, despite being the target of the 2009 attack, have been a driving force behind the return of international cricket after they played six limited-overs matches in Karachi and Lahore in September and October.

The return of international games and Pakistan Super League matches — as well as behind-the-scenes diplomacy — are finally paying dividends, according to Waseem.

“The eight (PSL) matches in Karachi earlier this year… were eye-openers for the 43 foreign cricketers who returned as our ambassadors,” he said.

The series — the second for both teams in the ongoing World Test championship — promises to be intriguing, not least because of the tussle between the two coaches: Pakistan’s Misbah-ul-Haq and Sri Lanka’s Mickey Arthur.

Arthur was Pakistan’s coach until August when he was axed by the country’s cricket officials, who included Misbah, following a disappointing performance at this year’s World Cup.

The South African, who was only appointed by Sri Lanka last week, will hope to pile the pressure on Pakistan who are coming off a humiliating 2-0 Test thrashing in Australia which pushed them down to eighth in the rankings.

Misbah, who is also Pakistan’s chief selector and batting coach, will be under especially heavy scrutiny following Pakistan’s run of poor form.