Stand-in skipper Tom Latham: We are on the wrong side of winning habit

New Zealand’s stand-in skipper Tom Latham is banking on fresh faces to turn around the fortunes of his injury-hit side against a seemingly invincible India in the ODI series starting here on Wednesday. New Zealand were hammered 0-5 in the T20 series, which concluded on Sunday. Tom Latham said the Black Caps, playing their first […]
By PTI Tue, 4 Feb 2020 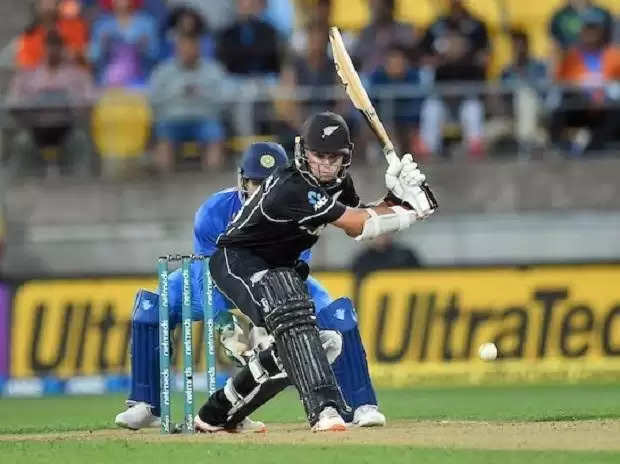 New Zealand’s stand-in skipper Tom Latham is banking on fresh faces to turn around the fortunes of his injury-hit side against a seemingly invincible India in the ODI series starting here on Wednesday.

New Zealand were hammered 0-5 in the T20 series, which concluded on Sunday. Tom Latham said the Black Caps, playing their first ODI since that infamous World Cup final loss to England on boundary countback, are hopeful of bouncing back.

“We had guys who sat and watched it (the World Cup final) over again. It was an experience for us where we didn’t quite coming out on the right side. But you know it was an unbelievable game,” Tom Latham said in a press conference here on Tuesday ahead of the three-match series.

“…now for us it is important that we refocus on the job in hand. We have played India a lot over the last couple of years. So, there shouldn’t be too many surprises…for us it is about trying to focus on the series rather than looking back to that World Cup game,” he added.

New Zealand are battling an injury crisis, which includes regular skipper Kane Williamson. The Black Caps will, however, be rejuvenated by the inclusion of all-rounder Jimmy Neesham and Colin de Grandhomme in the ODI squad.

Keeper-batsman Tom Blundell and lanky pacer Kyle Jamieson are ones who don’t have an ODI cap to their name.

“The T20 results were disappointing for the T20 side. (But) It is nice that a slightly new group has come in for this one-day team, a few new faces and a different format,” he said.

“So it is important that we don’t try and reinvent the wheel to try and change our style of play…Obviously it is hard but as I said there is a new group now. Fresh faces in a different format, which will pose challenges in a different way.

“So, fingers crossed and we can switch into One-day mode and start getting those results,” he added.

Latham said Williamson, who will miss the first two ODIs thanks to a shoulder injury, is a big player for his side. India will also be missing Rohit Sharma, who is ruled out owing to a calf injury.

“It is disappointing to lose people like Kane…But again it presents an opportunity to someone else to come in and stake a claim. Fingers crossed, he (Williamson) will back as soon as possible.

“(With Rohit) it is similar to Kane situation. He is a massive player for India. But again, it presents and opportunity to someone else. We know what depth Indian cricket has and we are certainly not going to take them lightly,” he added.

Talking about reversing the results after the T20 whitewash, Tom Latham said, “Winning can be a habit. Unfortunately we have been on the wrong side of those results, which has been disappointing.”

“As I have said earlier, it is a different format, which is probably refreshing for the guys. There are new faces, who were not involved in the T20 series. We have been in those positions in the T20 series to win the game. Now we can start winning and going across the line,” he signed off.