The curious case of Manish Pandey

Manish Pandey begins another new inning in his life by marrying Indian film actor Arshita Shetty in Mumbai. This has come hours after he played a captain’s knock in the Syed Mushtaq Ali Trophy final to win Karnataka their second limited-overs title this season against Tamil Nadu. Pandey played a crucial knock of 60 off […]
By Anuj Nitin Prabhu Tue, 3 Dec 2019 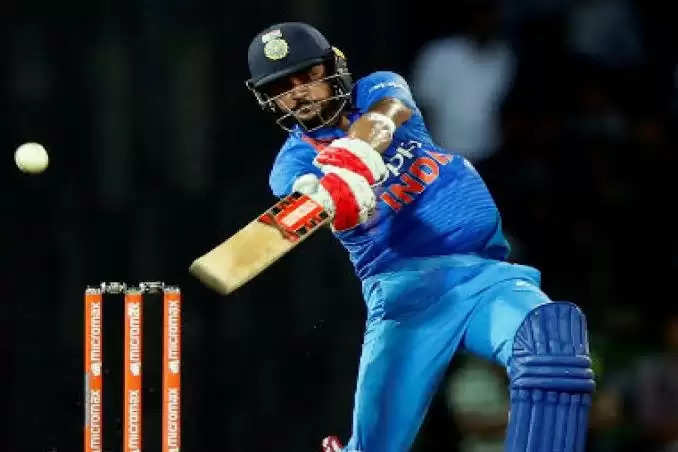 Manish Pandey begins another new inning in his life by marrying Indian film actor Arshita Shetty in Mumbai. This has come hours after he played a captain’s knock in the Syed Mushtaq Ali Trophy final to win Karnataka their second limited-overs title this season against Tamil Nadu. Pandey played a crucial knock of 60 off just 45 balls which helped his team post a daunting total of 180 and they ended up winning it in a last-ball thriller by just one run.

Pandey is often counted in those sets of batsmen who made it big in domestic and List A cricket but could not quite replicate the form for the national team. He has been named in India’s T20I series against the West Indies but with the likes of Suryakumar Yadav scoring heaps of runs at a brisk rate, Pandey will have to up his game to have any chances of making it to India’s T20 World Cup squad.

Manish Pandey had first burst on to the scene in IPL 2009 when he became the first Indian player to score an IPL hundred and the world began to take notice of him. He started performing consistently for the Karnataka team in all domestic formats and rose through the ranks of Karnataka cricket. The Indian ODI side had a stable middle order until the conclusion of the 2015 World Cup when the likes of Ajinkya Rahane and Suresh Raina were not regulars in the side due to their inconsistency.

Pandey got his chance to shine in India’s ODI series against Zimbabwe where he along with Kedar Jadhav scored a century to remove India from a tough situation and go on and win the game. He then regularly started to become a part of India’s ODI squad but always got limited opportunities. One such opportunity cam in India’s ODI series Down Under in early 2016. India had already lost the series 4-0 and were staring down the barrel of a series whitewash.

Pandey had replaced the injured Rahane at number four and played a brilliant knock under pressure, scoring a century and helping India chase down a target in excess of 330. this is where his fortune seemed to have changed and everyone thought that he had almost cemented his place in the Indian middle-order.

But things again took a turn for the worse as Pandey could not quite make the most of his chances, scoring just 440 runs in 23 ODIs. But another thing that needs to be analyzed is the position at which he was sent in to bat.

There was never a proper number given to Pandey and he was used at every position from number 4 to number 6, which also played a role in unsettling him and not helping his cause to perform with consistency.

With the likes of Shreyas Iyer and Rishabh Pant performing in the domestic matches and impressing in the IPL  Pandey slowly began to go off the radar as India’s first-choice middle-order batsman and although he continues to be in India’s squad, consistent chances were something that Pandey never got.

Pandey somewhere has himself to blame too as he has always failed to replicate the form he showed in domestic cricket and for India A when it comes to the national team. He has been one of the stalwarts for Karnataka and has scored 6293 runs in 89 first-class games at a very high average of 52 and has been instrumental in Karnataka winning back-to-back Ranji Trophies in the 2013-14 and 2014-15 season.

Pandey also has successfully led his domestic team to Vijay Hazare Trophy and Syed Mushtaq Ali Trophy wins this season and has also captained the India A side. It is really perplexing to understand why Pandey is not a regular in India’s white-ball setup after having scored 5324 runs in 148 innings in his List A career at an awesome average of 45.89. 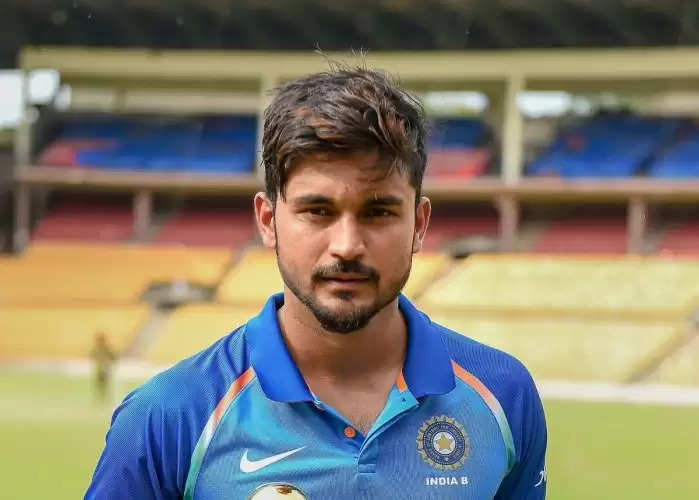 Pandey is currently in red hot form as he scored 525 runs in this year’s Vijay Hazare Trophy in just 9 innings at an insane average of 105! Scoring all these runs at number 4 has made his case stronger for a place in the Indian ODI setup. As far as the T20 setup is concerned, Pandey was used in India’s third T20I against Bangladesh at number six and he was clinical in his finishing skills playing a cameo of 22 and helping India post a competitive score which later helped them to win the game and the series.

Pandey has shown his versatility but just somehow needs to show his consistency of list A cricket into that for the national team. With Shreyas Iyer having performed in the ODI series away to the West Indies and the team management backing Rishabh Pant, Pandey is most likely in competition with Kedar Jadhav for a spot in the playing eleven and the latter will mostly get a nod ahead of Pandey due to his ability to chip in with part-time but effective off-spin. As far as the T20 eleven is concerned, Iyer and Sanju Samson are likely ahead of Pandey in the pecking order and the only place Pandey has to perform is the number six position that he was given against Bangladesh.

Thus it is a combination of inconsistent chances given and inconsistent scores in those chances that has led to Manish Pandey not being an Indian white-ball regular. Hopefully, with lady luck on his side having been newly married, Pandey will look to grab every opportunity that comes his way and will be looking to fit into any role that the team management gives him in order to play in the blue jersey and perform consistently.