Throwback: When Sachin Tendulkar gave India its only Test win in New Zealand since 1976

“We have to understand that we were not at our best in the game, and there is no shame and harm in accepting that,” said the Indian captain Virat Kohli after losing the first Test against New Zealand, at Wellington, by ten wickets. The Kiwis outplayed India in all three departments. Though one can argue […]
By Gomesh Shanmugavelayutham Thu, 27 Feb 2020 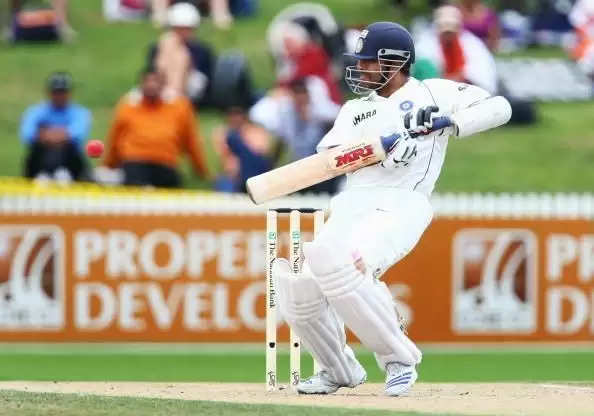 “We have to understand that we were not at our best in the game, and there is no shame and harm in accepting that,” said the Indian captain Virat Kohli after losing the first Test against New Zealand, at Wellington, by ten wickets.

The Kiwis outplayed India in all three departments. Though one can argue that the toss had a huge role to play, they cannot hide from the fact that the Indian batsmen have collectively failed to compete against the Kiwi pace attack on seaming friendly conditions.

The last time India lost a Test match to New Zealand by ten wickets was at the same venue way back in 2002. It was when Shane Bond, Jacob Oram, and Daryl Tuffey ran through the legendary Indian batting line-up.

Over the years, Indian batsmen have performed well, and 2009-10 series was one of those tours. It was the first time since 1976 the Indian team won a Test match on Kiwi soil. And invariably master blaster Sachin Tendulkar had a huge role to play in that match.

It was the first Test of the series starting on March 18, 2009. MS Dhoni, the then Test captain, on his first overseas tour at helm won the Toss and India chose to field as any captain would do.

Ishant Sharma, who was a youngster back then, opened the bowling with Zaheer Khan. Munaf Patel was the third seamer with Harbhajan Singh for support.

The Indian seam bowling trio ran down the New Zealand batting order the reduced them to 60-6, before Jessy Ryder and Daniel Vettori joined hands to put together a 186 run partnership. Both scored centuries as New Zealand were all out for 279.

India was off to a positive start with Gautham Gambhir and Virender Sehwag opening the batting. Both Gambhir and Rahul Dravid made half-centuries. However, it was Sachin, who held their innings together batting with the lower middle-order to get to his 42nd century.

This Innings, where he scored 160, was his 42nd Test century. Like any other century of Sachin, it embarked class and batting genius with a few trademark aspects of his batting.

There were cover drives, there were backfoot punches, there were On-drives, straight drives, flicks and glances. Every shot was taken out of the textbook. At 36, he was toying a bowling attack that comprised of Chris Martin, Iain O’Brien and Kyle Mills.

Apart from the regular Tendulkar ones, there were an array of few shots that showed what could be a pattern in the next three years of his batting.

Known for his front foot drives in the ‘V’, and flicks through midwicket, Sachin had started to put less pressure on his body, by utilising the pace of the ball. Off the 160, 39 runs were scored in between the cover-point and gully area.  He did it with a control percentage of 89% (as per ESPNCricinfo data), with the cut of the back foot as his most productive shot on the day.

His innings was a lesson for those youngsters who want to play late in difficult conditions. Especially, the way he tamed the all-rounders Jessy Ryder and left-arm seamer James Franklin, is noteworthy even after eleven years.

He struck partnerships with Dravid, Dhoni, Yuvraj Singh and VVS Laxman to take the team’s total to 520. As the second innings progressed, Harbhajan rose-up to the occasion picking up six wickets. India was set a meagre target of 39, which they chased without losing any wicket. The win at Hamilton also led to India’s first series win in New Zealand since 1968.

Kohli himself going through a rare lack of form. He has not scored a single century in this New Zealand tour. India has not any Test series post their tour to England in 2018.

With the series and World Test Championship points at stake, the Indian captain might take a leaf out of his idol’s Innings as he prepares for the second and last Test of the series at Christchurch.

Who knows, we might just see yet another masterclass from the Indian number four as we did eleven years ago.