After a longish league phase of the Vijay Hazare Trophy, eight teams have qualified for the knockout phase beginning here on Sunday with Delhi playing its quarterfinal against Gujarat. An interesting battle is in the offing when the two teams meet. Delhi will be hoping that the experienced Shikhar Dhawan gets going and guides the […]
By PTI Sat, 19 Oct 2019 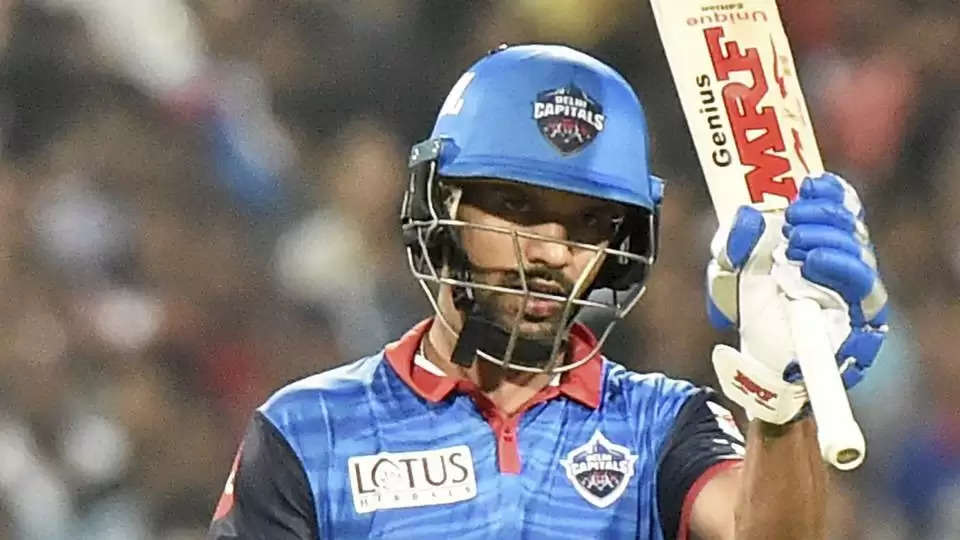 After a longish league phase of the Vijay Hazare Trophy, eight teams have qualified for the knockout phase beginning here on Sunday with Delhi playing its quarterfinal against Gujarat.

An interesting battle is in the offing when the two teams meet. Delhi will be hoping that the experienced Shikhar Dhawan gets going and guides the young batting unit. The pacy Navdeep Saini will be the key for Delhi against the rival batting line-up that includes Parthiv Patel and Priyank Panchal among others.

Defending champion Mumbai faces a tough task in retaining its title as it is up against a handful of quality sides including Delhi and Tamil Nadu, which finished Group C with an all-win record.

While Mumbai takes on Chhattisgarh in one of the quarterfinals of the Vijay Hazare, Tamil Nadu will come up against Punjab, both on October 21.

Mumbai should thank their stars as they were able to make to the last eight despite two of the games being abandoned due to inclement weather.

But Mumbai will be wary of Chhattisgarh, having lost to them in the league game in a high-scoring encounter. The Shreyas Iyer-led team will be eyeing a payback when the teams meet on October 21 with Mumbai the more experienced unit and with a number of matchwinners.

All eyes will be on young Yashasvi Jaiswal (382 runs), who slammed a double hundred against Jharkhand in Mumbai’s last league game and became the youngest player in the world to do so.

Jaiswal and experienced Aditya Tare (286 runs) have been among runs, but others Siddhesh Lad and captain Shreyas Iyer would need to step up as well as the bowlers.

For Chhattisgarh, they would except their star player Amandeep Khare to come to the fore again while bowlers will have their job cut out against a strong Mumbai line-up.

The Dinesh Karthik-led Tamil Nadu was well served by the experienced players-Abhinav Mukund (513 runs), Murali Vijay, Baba Aparajith (470 runs) and all-rounder Vijay Shankar. The skipper himself was in superb touch and showed that his finishing skills remain undiminished. He scored 349 runs in the league phase at a strike-rate of 135.79.

Young batsman M Shahrukh Khan too underlined his big-hitting abilities and was involved in some useful partnerships with the captain.

Having been in stupendous form in Group C, winning all nine of their matches, Tamil Nadu runs into Punjab. On paper the in-form Tamil Nadu may go in as favourites but Punjab will more than a handful with a strong bowling attack.

Having thrived in Jaipur, the Tamil Nadu team will endure different conditions in Bengaluru where rains have played a big part. The TN bowling line-up including left-arm pacer T Natarajan and K Vignesh will be up against the likes of Anmolpreet Singh (462 runs from 9 matches) and Gurkeerat Singh Mann among others.

For Tamil Nadu, which hasn’t had the best of times in the last couple of seasons, their performance in the preliminary phase should augur well and probably set the platform for a winning run.

Meanwhile, Manish Pandey-led Karnataka won seven of their eight matches in Group A and faces newcomers Puducherry in the quarters.

Pandey with 505 runs from eight matches has been in good nick along with opener Devdutt Padikkal. However, the team would not be taking Pondicherry lightly, which includes former Karnataka star Vinay Kumar.