Over the last few years, there is no doubt that England’s top-order in Test cricket has been a little fragile, with constant chopping and changing. Even when Alastair Cook was around, his opening partner kept changing along with the No. 3 spot. England had to go searching for players and they tried quite a few. […]
By Sahil Jain Mon, 29 Jun 2020 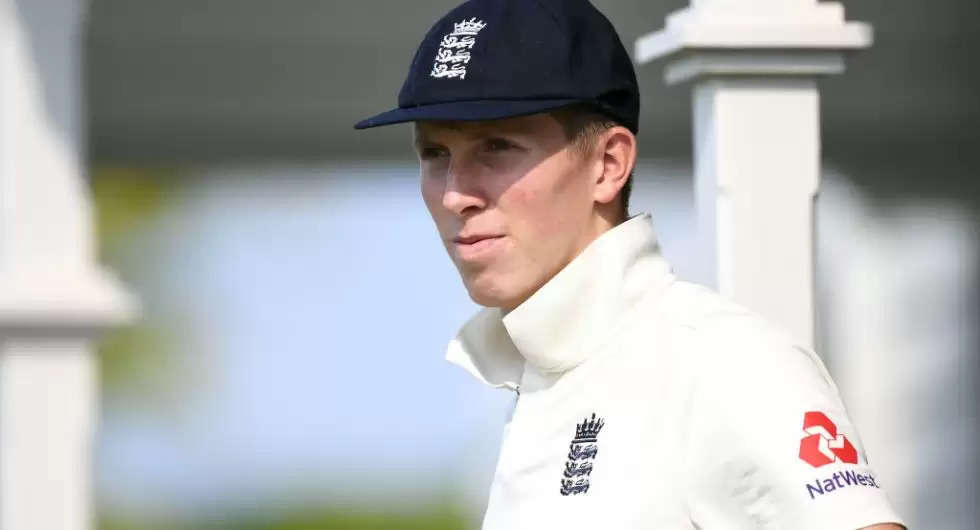 Over the last few years, there is no doubt that England’s top-order in Test cricket has been a little fragile, with constant chopping and changing. Even when Alastair Cook was around, his opening partner kept changing along with the No. 3 spot. England had to go searching for players and they tried quite a few.

However, over the last six months, some healthy competition has come to the spotlight. Now, it seems that England have a problem of plenty and they have four players trying to fit in the top three spots. While Rory Burns seems to be a sure starter as an opener, Dom Sibley, Zak Crawley and Joe Denly are the other ones in contention for the other two spots.

The case of Crawley is a curious one. He might be in contention largely for the No. 3 spot; a spot he will likely be battling it out with his Kent teammate Denly. The 22-year-old top-order batsman’s numbers may not have outstanding but the talent is unquestionable.

Crawley has been around the England domestic scene for three years now. It was back in the 2017 season that he made his first-class debut for Kent against a touring West Indian side. He scored a good-looking 62, batting at No. 3 against a decent West Indies attack comprising of Alzarri Joseph, Miguel Cummins and Raymon Reifer.

Congratulations Zak Crawley! He will make his England debut here in Hamilton!

However, things didn’t go well for the youngster after an impressive first-class debut. He played four games in the County Championship Division Two and largely batted in the middle-order. He could score just 75 runs at an average of 12.50 (best score of 37). Before his first-class debut, Crawley played just one List ‘A’ game and failed. Hence, apart from the practice game against West Indies, the debut (2017) season wasn’t the greatest for Crawley.

But come the next season, Zak Crawley moved up the batting order and things started to fall in place. He was among the runs and only two other players had more runs than him for Kent in the County Championship Division Two in 2018 – Denly and Heino Kuhn. He amassed 755 runs at an average of 31.45, which included a maiden first-class ton as well.

Despite a decent red-ball season, Crawley’s white-ball returns weren’t promising. He played just four games in the 2018 Royal London One-Day Cup and made 73 runs at a strike-rate of 66.36. He decided to fly to Australia for a stint at the Sydney Cricket Club to work on his white-ball skills, following which Crawley came out a better batsman. Soon after, he scored a 42-ball ton in a T20 game in the New South Wales Premier Cricket season, which was the start of his rise in the shorter formats .

We were supposed to see a much better and improved version of Crawley in 2019 and we did. While the numbers don’t suggest but the youngster looked in great touch and was in full control throughout the England domestic season. It was Crawley’s all-round game that was on display and he got runs consistently across all formats.

In the County Championship Division One, the Kent opener scored 820 runs at an average of 34.16. Those runs were the second-most by any Kent batsman in the season. He faced 1379 balls in the first-class season, which again was the second-most by a Kent batter. He piled up 394 runs at an average of 56.28 in the Royal London One-Day Cup and upped his T20 game as well. In the T20 Blast, he had a strike-rate of 144.81 while making 307 runs in 12 games.

820 runs, an average of 34.16, two hundreds, five half-centuries in County cricket might not be numbers that attract eyeballs. But it was Crawley’s ability to bat long and bat big that caught the attention of the selectors. Moreover, the two hundreds that he scored came against strong bowling attacks.

Hence, after an impressive domestic summer for Kent, Zak Crawley was picked for the Test series in New Zealand as a reserve opener. But he did get a surprise Test debut in the second Test at Seddon Park in Hamilton as he replaced an injured Jos Buttler. It was a horror debut as he could muster just 1 batting at No. 6.

With Burns injured, Crawley got three more opportunities in South Africa. And he didn’t do too badly. In fact, he made a claim to be a Test regular. Back at his familiar opening slot, Crawley got starts almost every time he batted. He got scores of 4, 25, 44, 66 and 24 in five innings to end with 163 runs at an average of 32.60.

Crawley continued to impress in Sri Lanka with a string of good scores – 43, 91 and 105 in the warm-up matches. He looked all set for a spot in the top three in the two-match Test series against Sri Lanka before the COVID-19 pandemic struck and cancelled the tour. He will definitely be pushing for a case and he won’t mind batting anywhere in the top three.

for Zak Crawley! A good day for the new lads!

How important is this West Indies series for Zak Crawley?

At 22, Crawley definitely has quite a bit of time left in his career. There were even claims that Crawley has been pushed to the Test arena a little too soon. However, he has shown in flashes that he is here to stay. Yet, this could be a vital series for the Kent lad. As mentioned earlier, there is a rare problem of plenty for England in the top-order. There are players lurking around and a couple of failures could well see him on the sidelines again.

Crawley doesn’t boast of a great or a flashing record. In four Test matches that he’s played, the Kent top-order batsman has scored 164 runs at an average of 27.33, with 163 of those runs coming in three Tests in South Africa. He has played 42 first-class games and averages 31.95 while amassing 2205 runs. When you look at those numbers as a top-order player, they shoot up. While batting in the top three, Crawley averages nearly 40 and all his four first-class hundreds have come opening the innings. His white-ball numbers are on the rise as well after he had a breakthrough 2019 season.

While Zak Crawley may not have big numbers to show for, he definitely possesses the temperament and the talent to succeed at the highest level. He is a high-quality top-order player and could well be the long-term fix for England in that top three.