Paarl (South Africa), Feb 27 (AFP): South Africa’s Quinton de Kock claimed he had not felt under pressure as captain after a tense one-run win in a Twenty20 international against England earlier this month. “I was still calm the whole way,” he said, citing confidence in the knowledge his players understood if they stuck to […]
By PTI Thu, 27 Feb 2020 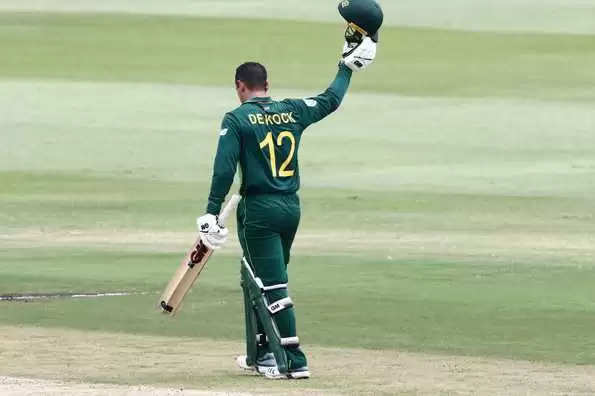 Paarl (South Africa), Feb 27 (AFP): South Africa’s Quinton de Kock claimed he had not felt under pressure as captain after a tense one-run win in a Twenty20 international against England earlier this month.

“I was still calm the whole way,” he said, citing confidence in the knowledge his players understood if they stuck to the basics they could prevail in a tight finish.

De Kock’s calmness has been tested considerably since then – and the challenge is set to be ratcheted up in a three-match one-day series against Australia, starting at Boland Park in the Cape Winelands on Saturday.

On the face of it, De Kock, 27, has been handed an almost impossible task.

Aaron Finch will be leading what looks like a full-strength touring side with the exception of Glenn Maxwell, who is missing because of surgery.

Steve Smith and David Warner, who returned to the scene of the sandpaper scandal in Wednesday’s victory at Newlands retain their places.

Already this season, De Kock has carried the burden of being South Africa’s best batsman as well as being wicketkeeper and skipper.

South Africa’s crushing defeat in the third Twenty20 international against Australia earlier this week meant they have lost five out of six series across all formats since the start of their tour of India in September.

The only exception being a rain-affected one-day series against England.

During that time they have won only five out of 17 completed matches.

In four of those wins De Kock has been South Africa’s top-scorer and in three of them he has been man of the match.

As an opening batsman, De Kock has top-scored for his side in six out of ten white-ball matches.

When he fails, as he did when bowled in the first over by Mitchell Starc in the first and third T20 matches, the rest of the batting has crumbled.

“I’m not too sure,” he said. “It was just another blow-out.” When De Kock was appointed, Cricket South Africa’s acting director of cricket, Graeme Smith, described his “unique outlook and manner in which he goes about his business”, adding he was “tactically very street smart.”

There has been some evidence of that in some of his on-field decisions but journalists seeking meaningful insight from the captain are likely to be disappointed.

De Kock acknowledged he is not the finished article.

“There’s a lot of things that I didn’t see as a normal player. I just hope I can get better and start putting results on the board.” De Kock repeated the reasoning of coach Mark Boucher in explaining the absence of players unlikely to be still pushing for places in the 2023 World Cup.

“Now is probably one of our better chances to give some of the younger guys an opportunity. The ODI World Cup is still a while away. Whether they take the chance or not is entirely up to them,” he said.