South Africa have had their fair share of heartbreaks in 50 Over World Cup Cricket. Making their World Cup debut in 1992, they have had to endure defeats in excruciating manners, at times due to no fault of their own, at times due to brain freezes, and at times to sheer individual brilliance from one […]
By CricXtasy Staff Wed, 1 Jul 2020 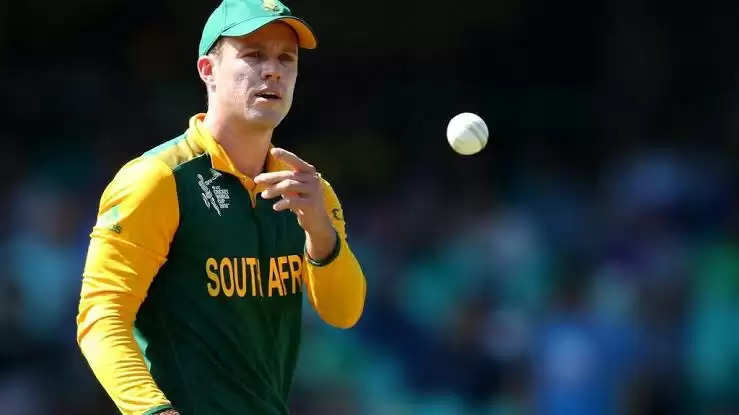 South Africa have had their fair share of heartbreaks in 50 Over World Cup Cricket. Making their World Cup debut in 1992, they have had to endure defeats in excruciating manners, at times due to no fault of their own, at times due to brain freezes, and at times to sheer individual brilliance from one of the players of the opposition.
One such instance was the semi final of the 2015 Men’s Cricket World Cup, where co-hosts New Zealand went through to the final with a ball to spare mainly thanks to a scintillating knock from Grant Elliott. In an interview to Harsha Bhogle for an episode of Cricbuzz in Conversation, AB de Villiers said that the semi final defeat of 2015 was a tough pill to swallow.

When asked whether or not finishing his career without winning the World Cup title feel as a disappointment, he said, “It’s certainly something that I’d have liked to achieve throughout my career. We got close… I am specifically very proud of the way we played in 2015 (World Cup) and certainly rocking up on that evening in Eden Park (in the semis against New Zealand), playing some of the best cricket of the tournament and we were so close. I am proud of our performances looking back.”

“Something that sort of let up in my mind was the last World Cup. England and New Zealand at Lord’s. It really made me realise that it’s really quite fickle, and it’s not always straightforward that you’re the best team and you’ll win the World Cup. There’s a lot of things that took place in that game that made me think no man… it was just New Zealand’s game. It was done and dusted. If that’s the difference between saying ‘I’ve had a successful career because I’ve won a World Cup’ then I’d rather not win one,” de Villiers added.

South Africa may have had massive heartbreaks in previous editions of World Cup Cricket, but for de Villiers, it was a difficult phase in his career, one he regrets for not sharing it with anyone else. He said, “The next 12 months (after WC SF) was really tough for me. Maybe I should’ve been more honest about it when I look back and communicated about it. I felt like I was a little bit alone at the time but it’s silly to say that you’re alone if you don’t seek help, if you don’t talk about it. So If I could have it over again, I would probably open up discussions with the coach, administrators and discuss my way forward. I should’ve shared my emotions with them and things that bothered me. I didn’t. So that really wore me down a touch but I kept playing, I tried to bite the bullet, I tried to be there. I was batting really well. I still had incredible friendships and memories.”

When asked whether that defeat influenced him to part ways with the game, he replied, “I wouldn’t say from a criticism point of view, from a personal point of view, yeah it played a huge role. I have a lot of respect for it.. there’s nothing, no one did me in or the team. We got beaten by sport on the night and it was actually a beautiful thing but it was difficult for me to get through that year and to specifically meet up with the team again a few months later, having to go again. Here we go again, we have to restart but I am like hold on, I am not over this World Cup. It hurt too much. So yes, I am sensitive and those kinds of things play a huge role in how I feel and my ambitions and all of that stuff.”