Virat Kohli's lean patch continued against Rajasthan Royals as well as he scored only nine runs off 10 balls.
By CX Writer Wed, 27 Apr 2022 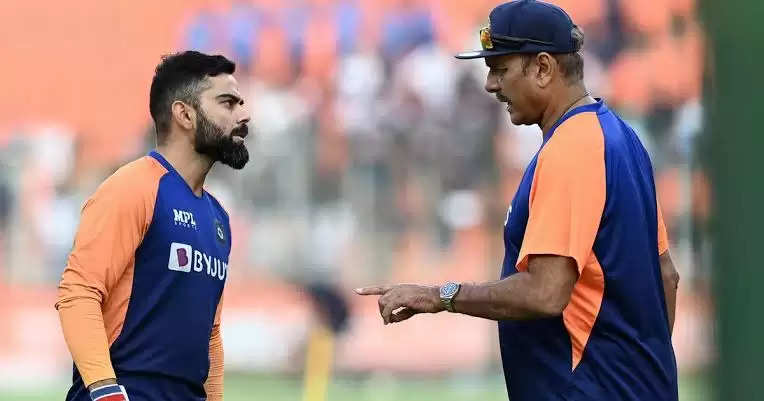 The ongoing Indian Premier League (IPL) season hasn’t been kind to Virat Kohli. The former RCB captain is going through a lean patch and it just continued against the Rajasthan Royals as well. Having bagged two consecutive golden ducks, Kohli was certainly nervous and vulnerable against RR too and could only muster nine runs.

Even during his short stint he was close to getting out as many as three times and clearly, all is not well for the 33-year-old. For the same reason, former India head coach Ravi Shastri has advised him to pull out of the IPL as soon as possible. He reckons that a break will be ideal for Virat Kohli at the moment and also feels that a balance is required sometimes when a player is going through a tough phase.

“I think a break is ideal for him because he has played non-stop cricket and he has captained the side across all formats. It will be wise of him to take a break. You know, sometimes you have to draw the balance. This year he is already into the tournament (IPL 2022), tomorrow if push comes to shove and you want to prolong your international career and make a mark there for 6-7 years, pull out of the IPL, for all you care,” Shastri said while speaking on Jatin Sapru’s Youtube Channel.

“If that is the case, you have played for 14-15 years. Not only Virat, I'll tell that to any other player. If you want to play and do well for India, you have to draw the line where you want to take that break and the ideal break would be off-season where India is not playing and the only time India does not play is the IPL. Sometimes, you need to do that or tell the franchise I'll only play the half. Pay me half, as simple as that. Those tough calls need to come if you want to reach the zenith of your profession as an international player,” he added.

Ravi Shastri also went on to say that Virat Kohli is still relatively young and has a lot of cricket still left in him. He also stated that the former India skipper is aware that he needs to go back to the basics and start from scratch to gain his old form back. However, Shastri didn’t pay much heed to Kohli’s consecutive golden ducks saying that there is nothing much to worry about it.

“Virat is still young and he has best 5-6 years ahead of him. He would have realised what he has gone through in these last few months. He knows he has to go back to the drawing board, how he thinks, how he approaches and he has to literally start from scratch. There have been many players in the past who have gone through this. You mentioned first ball out, to be honest, from the outside I would not be worried. As a player if I have gotten out first ball, I have hardly been in. It is when you get in and throw it away, that is more disappointing. When he gets in, it is up to him to make it count,” Shastri further said.