Bolstered by K L Rahul’s availability, heavyweights Karnataka will stand in the way of Bengal’s bid to reach their first Ranji Trophy final in 13 years, when they meet in a last-four clash starting here Saturday. Bengal have not made the Ranji Trophy final since 2006-07 when the Deep Dasgupta-led side finished runners-up for the […]
By PTI Fri, 28 Feb 2020 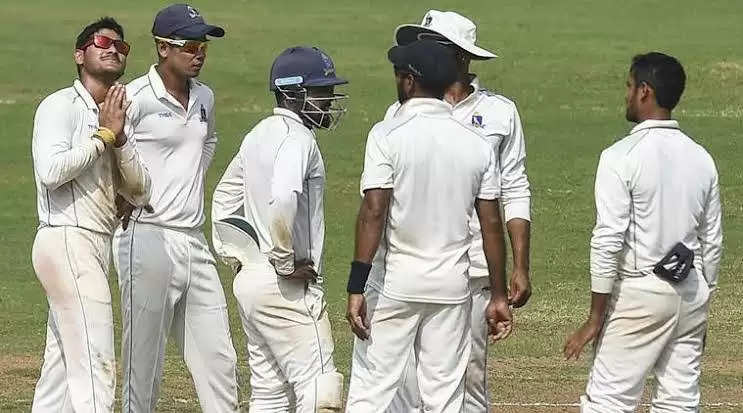 Bolstered by K L Rahul’s availability, heavyweights Karnataka will stand in the way of Bengal’s bid to reach their first Ranji Trophy final in 13 years, when they meet in a last-four clash starting here Saturday.

Bengal have not made the Ranji Trophy final since 2006-07 when the Deep Dasgupta-led side finished runners-up for the second consecutive season. Their last title came way back in 1989-90 which was also Sourav Ganguly’s debut first-class season.

On the other hand, eight-time winners Karnataka have remained consistent and are appearing in the their third semifinals on the trot.

Under coach Arun Lal, Bengal have done well collectively and will look to exploit the home advantage over the next few days.

They won back-to-back away matches against Rajasthan and Punjab to seal a last-eight berth where they edged out Odisha in Cuttack.

Former skipper Manoj Tiwary leads the team’s batting chart with 651 runs from nine matches at an average of 59.18, which includes a maiden triple century against Hyderabad.

However, the key to Bengal’s success has been the middle and lower batsmen’s consistency.

Antustup Majumdar, who rescued the team from a precarious situation with a career-best 157 in the quarterfinal, and wicketkeeper batsman Shreevats Goswami have shown good form.

Rookie all-rounder Shahbaz Ahmed has impressed with the bat, scoring 427 runs while also becoming the side’s most successful wicket taker (30 wickets at 15.00 average) with his left arm orthodox spin.

“Who knows where he will end up but he is one for the future,” Lal said of Shahbaz.

In the absence of Ashok Dinda, the pace department has been a revelation with Akash Deep and Mukesh Kumar sharing 46 wickets between them, while Ishan Porel, who was not available for a few matches owing to India A duty, has 15 scalps to his name.

“Our pacers too have been impressive. Akash Deep just blew away Punjab. They just broke the back of the home side. The entire team is performing well,” said Lal, referring to the pacers’ strikes that reduced Punjab to 5/3 while chasing 190.

Akash, who missed the quarterfinal due to a niggle, is set to be back at the expense of Nilkantha Das.

It will be an interesting battle between the Bengal pacers and the likes of Rahul, Karun Nair, Manish Pandey and 19-year-old Devdutt Padikkal.

Padikkal is going through a dream run and has become the first player to complete 1000 runs across formats this season. The opener was the highest scorer in this season’s Vijay Hazare (609 runs) and Syed Mushtaq Ali (580) tournaments.

He has carried his form into the longer version, amassing 583 runs from nine matches.

Bengal will hope that skipper Abhimanyu Easwaran is back among runs.