'If one f**k you comes, give them three back' - Ravi Shastri reveals his advice to Team India before Australia tour

Ravi Shastri opened up on his philosophy as a head coach in response to sledging from oppositions like Australia.
By Kashish Chadha Mon, 25 Apr 2022 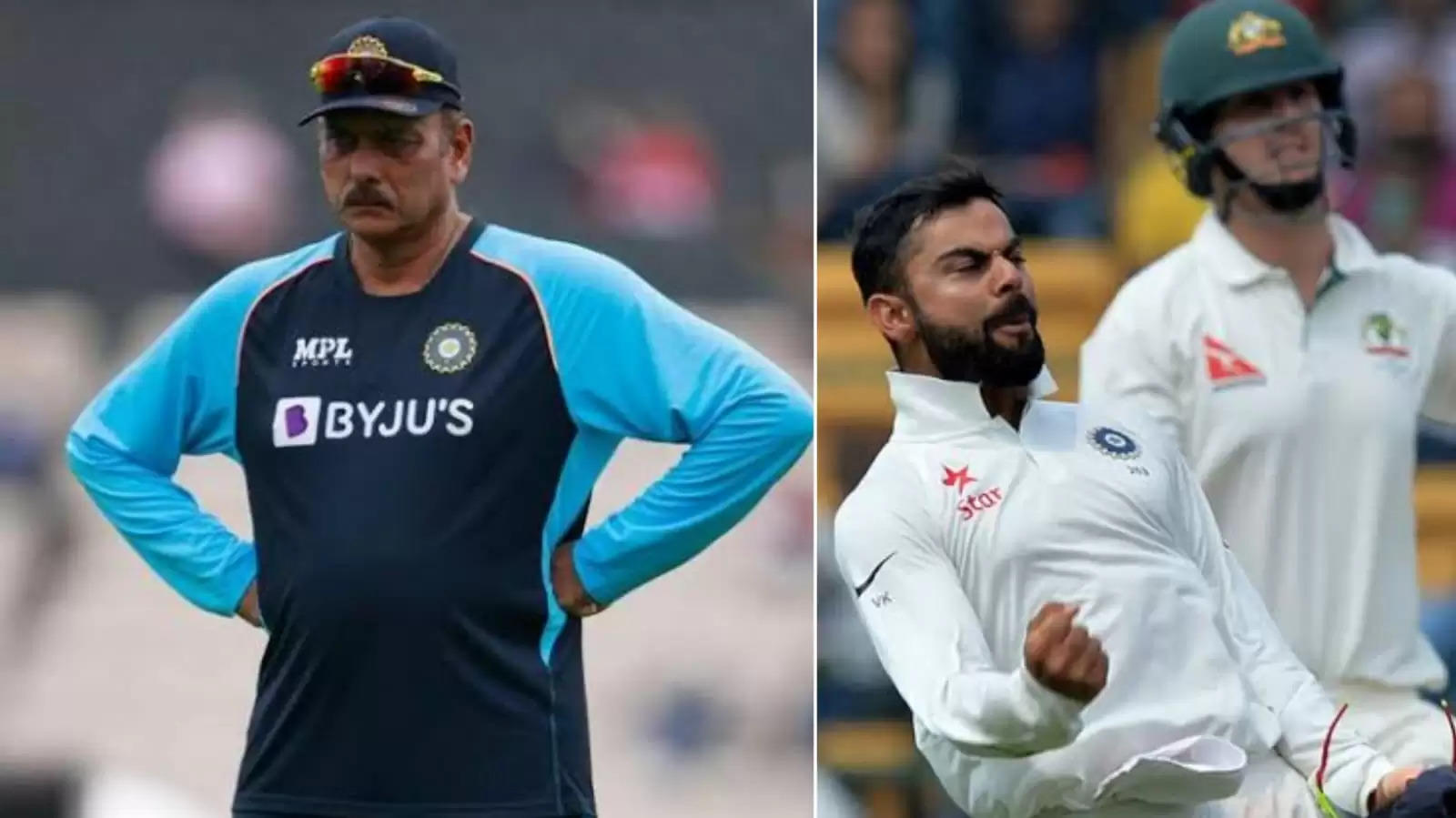 Former India allrounder Ravi Shastri unveiled what used to be his word of advice for the Indian men's team in response to the verbal volleys and sledging while playing arch-rivals Australia during his stint as the team's head coach.

In his famous tenure as the head of the team's support staff, Shastri oversaw both of India's historic Test series wins Down Under in 2018-19 and 2020-21 trips.

Speaking to the Guardian, the ex India cricketer said the key was to give it back without mincing words and bully the bully irrespective of whether you're playing at home or away.

Ravi Shastri said he told his men to respond to the abuse and the naysaying in equal measure and get on top of the Aussies.

Bully the bully, Ravi Shastri's way of taming the Aussies

"The most important thing is getting among the players and setting a tone from the outset: what you believe in, what you think of them and changing the mindset to compete and win," Ravi Shastri said, giving a peek into his philosophy as the team director turned head coach during his term from 2014 to late 2021."

"You have to be bullish and brutish in wanting to achieve that. For us, and now England, it was about setting the challenge of winning abroad, big time. I was very firm when it came to team culture: all the prima donnas and all that shit, that had to go out of the window early."

Shastri said he wanted his team, along with skipper Virat Kohli, to pursue excellence on and off the field, and build a culture that helps them conquer territories in the Test match game.

He said that toughened up the players and made them primed to face the Aussies, who are known for playing a challenging brand of cricket and getting under the skins of their opposition.

"When I was the director of the team, it was about diagnosing problems: I was asked to hire and fire, whoever I wanted I could get in and whoever I didn’t could be shown the door. And it was also outlining how we want to play: to be aggressive and ruthless, to up the fitness levels, to get a group of fast bowlers to take 20 wickets overseas."

"And it was about attitude, especially when playing the Aussies. I told the boys if one single ‘fuck you’ comes your way, give them three back: two in our language and one in theirs," Shastri stood clearly.

A strong temperament, immense skill and willingness to take on the toughest of challenges would've helped when India went down 36 all-out on Day 3 of the first Test in Adelaide last winter to concede the series opener. With Kohli going back on a paternity leave, everyone thought the visitors would be mere pushovers for the rest of the tour.

What followed was one of the most remarkable turnarounds in the Test match history, as India won the Boxing Day encounter in Melbourne, earned an inspirational draw in Sydney and breached the fortress of Gabba in Brisbane to retain the coveted Border-Gavaskar Trophy.