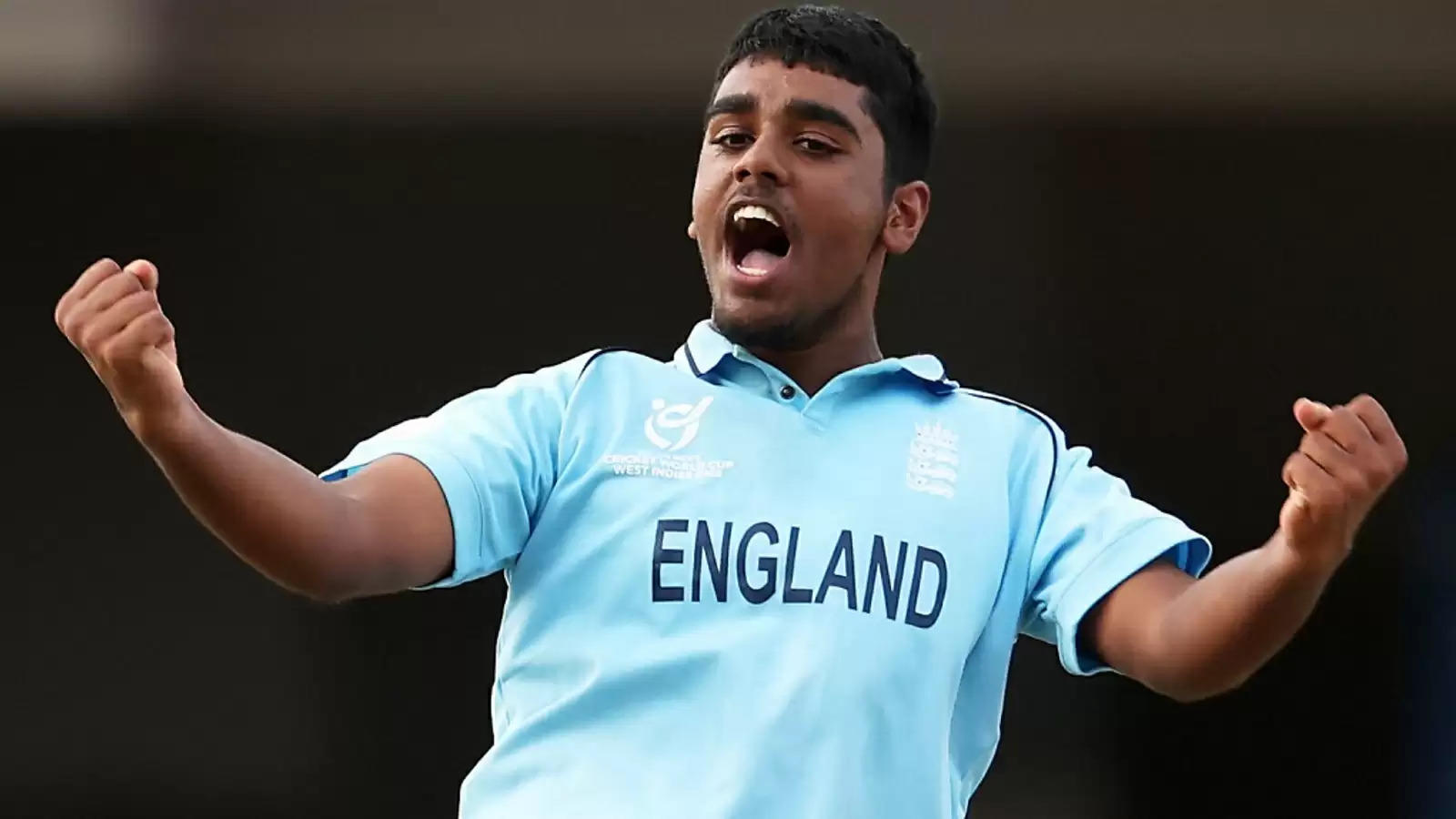 Rehan Ahmed could become the youngest cricketer to represent England in Tests.

Rehan Ahmed, Leicestershire’s young leg-spin all-rounder, has received a maiden England call-up for the side’s three-match Test series in Pakistan next month. Rehan caught selectors’ attention with an impressive showing in the team’s red-ball training camp, and is currently playing in the three-day warm-up fixture against the England Test squad in Abu Dhabi.

“We know he’s not the finished article and has raw potential, but Ben (Stokes), myself and the rest of the coaches like how he approaches his game,” said Brendon McCullum, England’s Test team head coach. “The experience of being part of the squad in Pakistan will be hugely beneficial for him, and he will add to the make-up of our squad.”

What better way to celebrate #LeggiesWeek than with an international call-up? 🤔

Ahmed was England’s second highest wicket-taker at the ICC Men’s Under 19 Cricket World Cup 2022 in the West Indies earlier this year, with 12 scalps at 12.58 and a best of 4/30 in the team’s runners-up finish. Should he get a chance on the upcoming tour, Ahmed would become the youngest player to play Test cricket for England, Brian Close, who had debuted at an age of 18 years 149 days against New Zealand in Manchester in July 1949.

The first Test Pakistan vs England Test will be played in Tests in Rawalpindi (December 1-5) followed by the second in Multan (December 9-13) and third in Karachi (December 17-21).