The incident happened in the penultimate over of Kolkata Knight Riders' innings against Rajasthan Royals on Monday (May 2).
By CX Writer Tue, 3 May 2022 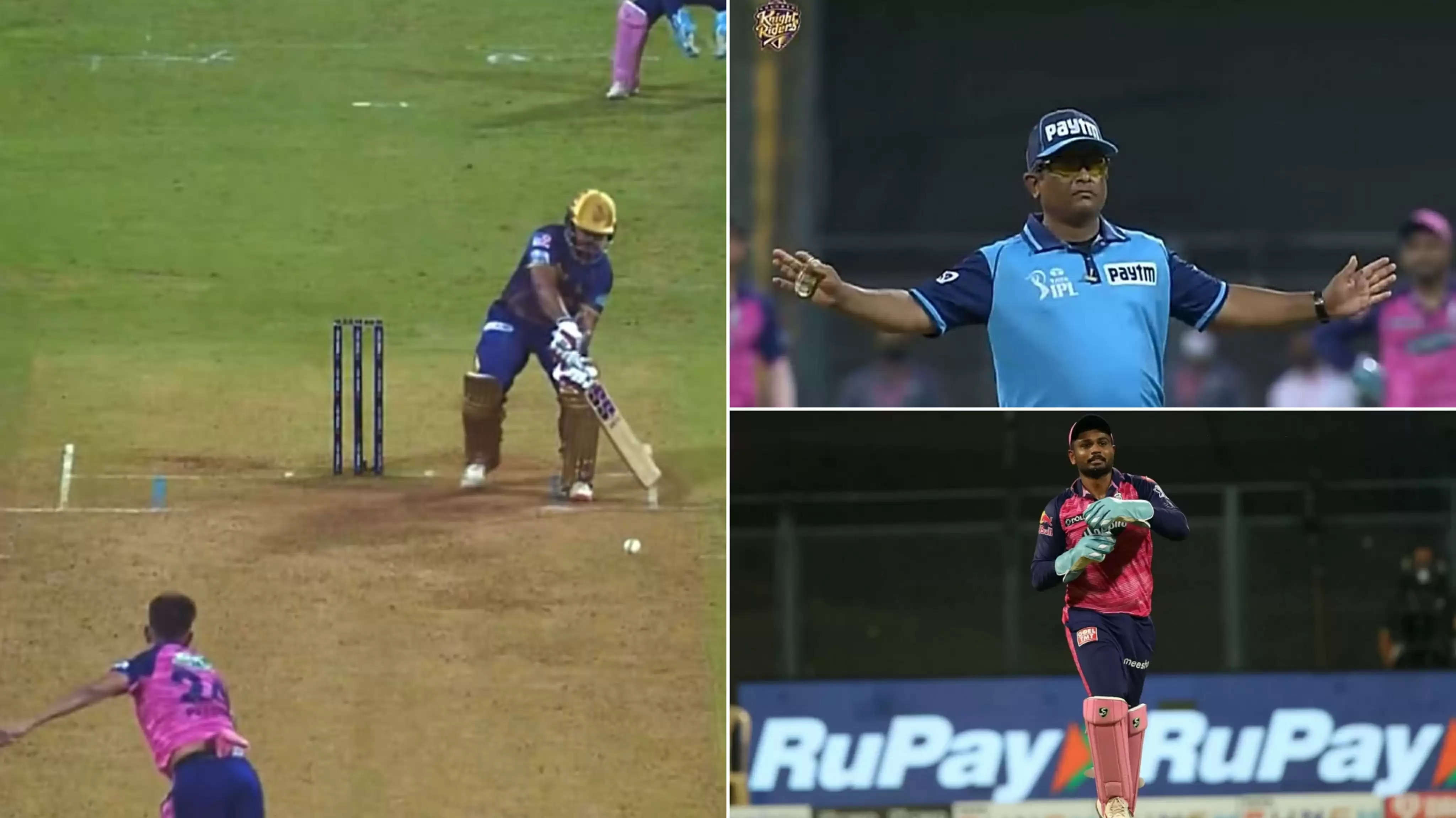 Samson also made the DRS signal to change the wide call as he was furious and also went on to discuss the matter with the umpire.

Umpiring has come under the scanner in the ongoing Indian Premier League (IPL) season. A lot of calls have been questioned by the captains and something similar happened during the game between Kolkata Knight Riders (KKR) and Rajasthan Royals (RR).

The RR skipper Sanju Samson was left furious when the umpire Nitin Pandit adjudged a wide delivery in the penultimate over of KKR’s innings when things were close. Bowler Prasidh Krishna had only followed the batter who moved a lot in his crease and managed to beat him. But the umpire called it a wide delivery only for Samson to be bemused.

In frustration, the RR captain also took DRS (which is not allowed according to the rules) to correct the decision. While the DRS signal wasn’t entertained, Samson was right into the umpire’s ears to discuss the matter. After the match, the matter was discussed as well and former New Zealand cricketer Daniel Vettori was of the opinion that the wide and waist-high no-balls should come under DRS.

He also pointed out that such decisions have gone against the bowlers on so many occasions while also stating that DRS was introduced only to make correct calls. “I don't think there was any thought of it actually being out. Absolutely [players should be allowed to review wides]. The players should be able to decide in such crucial matters.

“Today it is a little bit different where it always looked like KKR are going to win. But we have sat here so many times and seen decisions go against bowlers that are so close and the umpire has got it wrong. So therefore the players should have some avenues towards rectifying those mistakes. That's why DRS was brought in: to rectify mistakes. I would like to see that happen. And players are very good judges of that. They get it right more often than not,” Vettori said while speaking to ESPNCricinfo.

Imran Tahir also agreed to Vettori’s views and said, “Yeah why not? when asked if the players should be allowed to review wide calls. The South African leg-spinner felt that the game is already against the bowlers in a lot of aspects and there has to be some way to compensate it.

However, in case of the wide that was called in the game, Tahir reckoned that it was not a big issue as it was a 50-50 call on that occasion. “There is not much for bowlers in the game. When batsmen are hitting you all over, you don't have much choice than bowling wide yorkers or bowling wide legbreaks. If that becomes a wide, you are in trouble.

“But look, it was a close call. Samson was a little bit frustrated. It was a 50-50 thing. I don't think it should be a big issue. Kolkata played well, and they were going to win it. But yeah there should be a review that a player can go for,” Tahir added.

Give this umpire an Award for best umpiring. Wow what a brilliant umpiring.
#KKRvsRR #KKRvsRR #IPL2022 #umpiring pic.twitter.com/ccGyK0Wm58

the level of umpiring this season is so worst that bcci should action on it #umpiring #umpire #KKRvsRR pic.twitter.com/b09dj9QcBO

It is very unusual to see the umpire winning the game changer of the match award.#KKRvRR #KKRvsRR #IPL2022 #umpiring pic.twitter.com/Btqu9sMrl5