Sarfaraz Khan praised by Vengsarkar: Scoring 300 in any kind of cricket is great

Former India captain Dilip Vengsarkar on Thursday heaped praise on young batsman Sarfaraz Khan for notching up an unbeaten triple hundred in their drawn Ranji Trophy game against Uttar Pradesh. Sarfaraz, who returned to Mumbai after playing for UP, on Wednesday slammed 301 off 391 to help the 41-time Ranji Trophy champions overhaul UP’s first […]
By PTI Thu, 23 Jan 2020 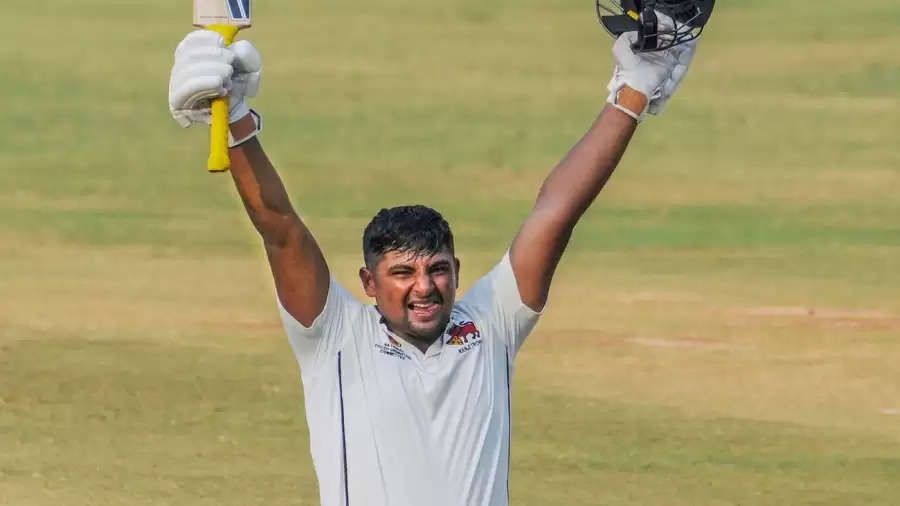 Sarfaraz, who returned to Mumbai after playing for UP, on Wednesday slammed 301 off 391 to help the 41-time Ranji Trophy champions overhaul UP’s first innings total of 625/8 declared and grab three points.

“Fantastic, I think to score triple hundred in any kind of cricket is a great thing, a great achievement,” Vengsarkar told reporters here.

“He (Sarfaraz Khan) must have played extremely well. I didn’t see the innings, because I wasn’t in Mumbai that time. And to chase 600 runs, I think, I have seen that after a long time.”

The former chairman of national selectors was speaking after the prize distribution ceremony of Giles Shield, a well-known school-level tournament in city circles.

Vengsarkar said he was glad that Mumbai players rose to the occasion during their match against UP.

“It is a fantastic achievement. See to chase 600 is a big thing. It is good for Mumbai cricket because few players are playing for India, few for India A, so others will (have to) raise their bar and that is important,” said Vengsarkar, who has played 116 Tests for India.

“That is what I had expected from Mumbai players. I am very happy. I am very proud of them (the team).”

Mumbai next play Himachal Pradesh in an away encounter in Dharamshala beginning January 27.