Only Don Bradman ahead of him! Sarfaraz Khan breaking records in first-class cricket

Sarfaraz Khan has been outstanding in Ranji Trophy since his return to Mumbai ahead of 2019-20 season.
By Kashish Chadha Tue, 7 Jun 2022 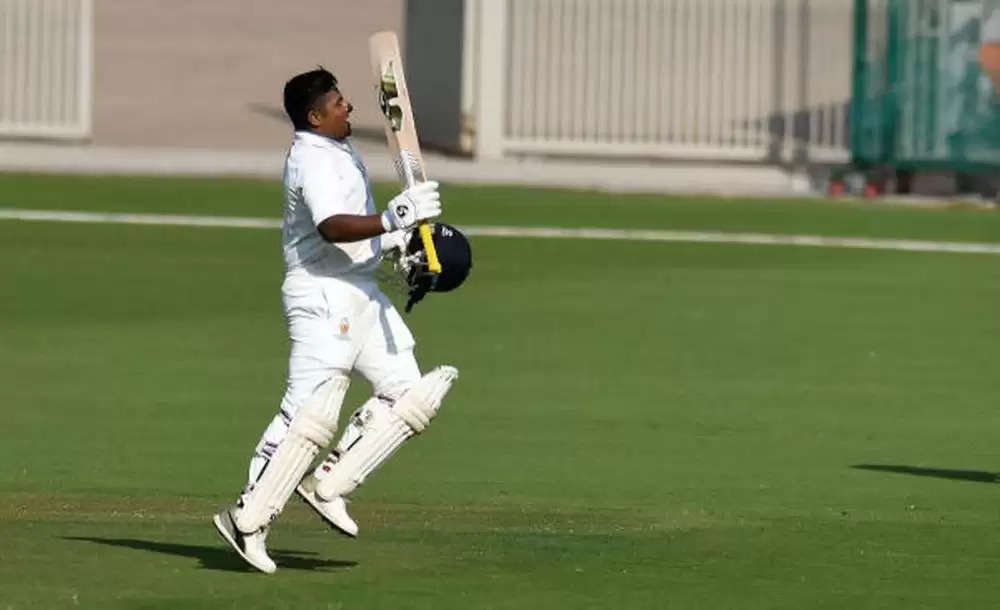 Sarfaraz Khan has compiled six centuries, including one triple and two double tons, since the 2019-20 Ranji season for Mumbai.

Opportunities to rock the T20s via the IPL may have been rare for Sarfaraz Khan, but the talented right-hander has been prolific with the bat in first-class cricket.

Ever since his return to Mumbai for the start of the 2019-20 Ranji Trophy season, the pocket-size dynamo has been nailing one hundred after the other playing for the domestic cricket powerhouse.

Sarfaraz has scored as many as six hundreds, including a triple century and two double centuries, in his previous 13 matches of the Ranji Trophy. With his latest 153 against Uttarakhand in the 2022 Ranji Trophy quarter-final, it is seven tons.

Often decried over for his physical being, Sarfaraz, by piling on consistent big scores in the red-ball game, has also dispelled doubts around his cricketing fitness, with none of his seven hundreds ending below the 150-mark.

Sarfaraz Khan currently has more than 2,200 first-class runs at an average over 80 with 7 hundreds.

None of his previous six hundreds have ended below 150. Two double hundreds, one triple hundred and two 150-plus scores.

Sarfaraz Khan's great run feels even more remarkable in context that the young gun has maintained his characteristically explosive batting approach. The 24-year-old has a first-class strike-rate of 71.76 over 32 innings, featuring 243 fours and 43 sixes.

In the ongoing Ranji season, Sarfaraz has carried a strike-rate of 72.65 while averaging an incredible 140.8 for his 704 runs. The freeflowing right-hand bat has been dominated Ranji attacks for a while and had scores of 275, 63, 48 and 165 during the league stage in March heading into the quarterfinal this week against Uttarakhand.

In the first knock-out, on Day 1 this Monday (June 6), Sarfaraz walked in at No.5 with Mumbai slightly unsettled at 176/3 and produced another century (153 off 205 balls) to help the side take a position of real strength in Karnataka.

He would be hoping to continue his rich vein of form and earn higher recognition with India A tours and a potential entry into India's Test squad for the very first time.