Scotland and Ireland have expressed interest in hosting global events like the Cricket World Cup, as they submitted a declaration of interest to the ICC for the same. Global events also include the 50 Over World Cup in the 2023-2031 calender. Gus MacKay, CEO of Cricket Scotland, said, “We have put our name in the […]
By CricXtasy Staff Sun, 17 May 2020 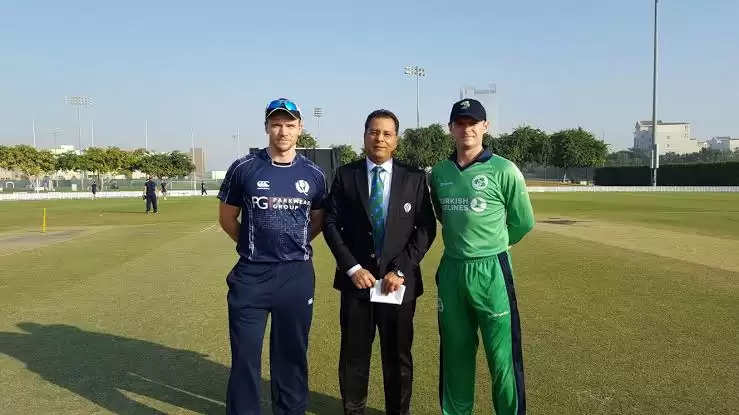 Scotland and Ireland have expressed interest in hosting global events like the Cricket World Cup, as they submitted a declaration of interest to the ICC for the same. Global events also include the 50 Over World Cup in the 2023-2031 calender.

Gus MacKay, CEO of Cricket Scotland, said, “We have put our name in the hat for that. We have declared an expression of interest to host future ICC events in that cycle.”
Cricket Ireland have also submitted a bid to co-host a global event. “We have submitted an expression of interest to the ICC for co-hosting in the next cycle,” said Warren Deutrom, the chief executive of Cricket Ireland. If Ireland were to co-host an event, they would be expected to share matches with either Scotland or England.

There are currently planned to be a total of 28 ICC events in the 2023-31 cycle, across the men’s and women’s game and Under-19 level, although the exact number is still being debated. These include one-day international and Twenty20 World Cups at male and female level, and the Under-19 World Cup.
Mackay further said, “The ICC are working through the next steps. A number of countries have shown that expression of interest and then they will come back and discuss that further with us.”

Scotland have only previously hosted two games in a global ICC event, both in the 1999 World Cup. It is hoped that being involved in hosting fixtures in a global tournament will strengthen Scotland’s aims to become the 13th Full Member of the ICC. Linked to these plans, Scotland hope to be able to build a new high-performance centre that hosts internationals. “It would help to demonstrate to the ICC how serious we are to become a Full Member,” said MacKay.

ALSO READ: Cancellation of the ODI Super League will leave us out in the cold: Ryan Campbell, Netherlands head coach

Scotland have cancelled all their international fixtures for this summer bar their Twenty20 international against Australia, which could potentially be rearranged depending on if Australia’s tour to England, now mooted for September, goes ahead. Cricket Scotland hope that they can organise several limited overs games against Full Members in the summer of 2021, but are looking a loss of £250,000 from the cancellation of games this summer.

Cricket Ireland will also be facing significant losses from this summer, with an estimated 30 per cent drop in revenue forecast. But while they have had to cancel all their home international cricket, they still have the prospect of facing England in three One Day Internationals in the new Cricket World Cup Super League. The games were originally scheduled to take place in September, but England are now looking at playing the ODIs towards the end of July.
If the series goes ahead, Ireland are discussing what warm-up matches they will be able to play, with the likelihood of inter-squad matches, as the West Indies are planning, being played either in England or Ireland to prepare for the ODIs.
“The opportunity is for us potentially to look at doing something domestically, but that’s only if we’re going to be able to get access to a venue, to get access to facilities,” said Deutrom.

Ireland hope to have a six to eight-week lead-in period before the game, meaning they would need players returning to training within the next three weeks or so.
Cricket Ireland’s financial situation, which was already perilous before COVID-19, leading to the cancellation of a Test match against Bangladesh planned for May – is likely to make it harder for them to play Tests in the years to come. Ireland are due to host Tests against Zimbabwe next summer, and New Zealand and Afghanistan in 2022. Since gaining Test status in 2017, so far Ireland have only played three Tests, with their only home Test, against Pakistan in 2018, costing around €1 million (£900,000). Ireland are continuing to engage with the ICC about the amount of ICC revenue they receive, which is under half as much as Zimbabwe’s allocation.

Warren Deutrom said, “We are in the unenviable position of having to prioritise. If we have a significantly larger number of fixtures next year than we are able to afford then we’re going to have to prioritise. And the priorities are likely to be those matches which have context in so far as qualification for major events – whether they be T20Is in preparation for T20 World Cups, or Cricket World Cup Super League matches. Do we think we’re going to get everything replayed that is currently being postponed? It might be optimistic to suggest it will do, bearing in mind the realities of the congestion already in the FTP (Future Tours Programme). So, I think we would approach this with a degree of realism, about the extent to which every single game of cricket that has been postponed is going to be able to be replayed.”