Shafali Verma needs to up her game, feel experts

With her big-hitting prowess, a rarity in women’s cricket, 16-year-old Shafali Verma was bound to succeed at the highest level. However, a lot of improvement is needed for her to sustain the sensational six-month run she has enjoyed since making her India debut, feel her coach Ashwani Kumar and former India wicketkeeper Ajay Ratra, people […]
By PTI Mon, 30 Mar 2020 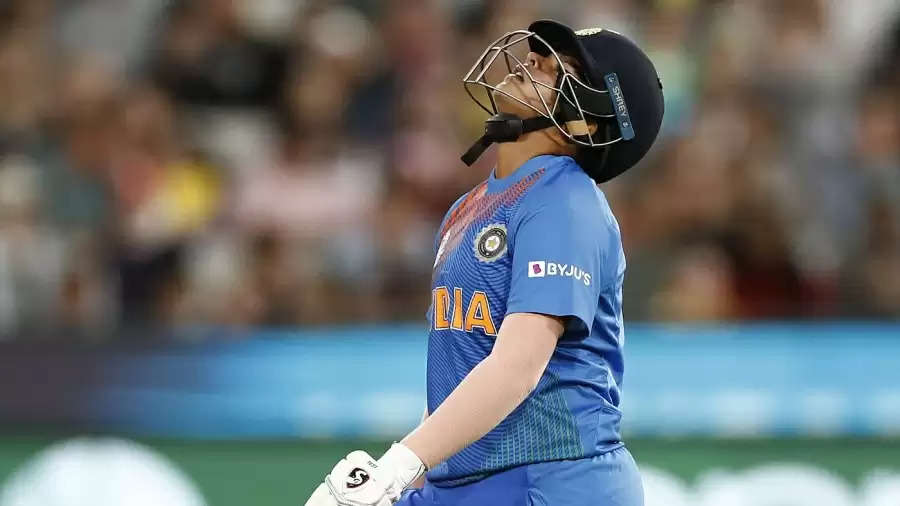 With her big-hitting prowess, a rarity in women’s cricket, 16-year-old Shafali Verma was bound to succeed at the highest level.

However, a lot of improvement is needed for her to sustain the sensational six-month run she has enjoyed since making her India debut, feel her coach Ashwani Kumar and former India wicketkeeper Ajay Ratra, people who have tracked her nascent career closely.

Verma was 15 when she received her maiden national call-up last September and thereafter, the attention she got as a teenage sensation was expected.

In her, India got a much-needed power-hitter at the top and less than six months later, she was in Australia, playing a pivotal role in ensuring the team’s maiden entry into the final of the T20 World Cup.

“The women’s team probables had a camp at NCA in June-July and I was part of it as the wicket-keeping and fielding coach. After seeing Shafali comfortably bat against Jhulan Goswami (senior India pacer) in the nets, I was convinced that she would be playing for India soon. And that is what happened,” Ratra, who played six Tests and 12 ODIs, told PTI.

“Even he was of the opinion that she could go on to become a very important player for India,” recalled Ratra.

It is only fair to say that if it was not for Verma’s flying starts, India would have struggled to reach the final of the T20 World Cup as the big stars of the team failed to make an impression. Her only failure came in the final, leaving her in tears.

The Rohtak-born, who loves to play in the V, gained a plethora of fans around the world with her six-hitting ability in the tournament, especially the one that flies over the bowler’s head. There were also constant but pre-mature comparisons with the legendary Virender Sehwag.

Seeing Verma take the best of the bowlers to the cleaners in Australia was hardly a surpise for her coach Ashwani Kumar, who runs the Shri Ram Narain Cricket Club in Rohtak.

“When she came to me first as a little kid (11), I taught her the basic stance and after few days, she was comfortable hitting the big strokes. Then she started training with the girls four years elder to her and in six months’ times, she was practising with the U-14 boys. She never felt out of place,” recollected Ashwani, a former-first class cricketer from Haryana.

“Fast forward it to now, she trains with the fellow academy cricketers (like Ashish Hooda) who have played Ranji Trophy,” he said.

Verma idolises the great Sachin Tendulkar and Ashwani feels that is one reason why she developed a penchant for playing with a straight bat.

Asked if he anticipated Verma becoming a household name at such a young age, the coach said: “I will be honest here. I did not have an idea about women’s cricket. I had just seen her play for Haryana and I got an idea that she was meant for bigger things.

“Before she left for the World Cup, I was not sure how she would handle the pressure of a big event but she exceeded my expectations and did well throughout. Having said that, it is just a start for her and she knows that.”

Former India captain Shantha Rangaswamy too is mightily impressed by Verma’s showing in Australia but also picked out the areas of improvement in her game, mainly her fitness.

Both Ashwani and Ratra also feel that Shafali Verma needs to improve her agility, which would make her a better runner between the wickets and a much improved fielder.

“She only got back a couple of weeks ago and the lockdown happened. When things are back to normal, I would be talking to her about the importance of rotating the strike frequently and not just hitting the big shots. She also needs to work on reducing the number of dot balls,” said Ashwani.

The lockdown due to the COVID-19 pandemic has also prevented Verma from appearing for her class 10 board exams.

Ashwani and Verma’s parents are not sure if she will get another opportunity to complete her exams in the near future.

“She was very focussed on studies after coming back from Australia. But with the exams now postponed, you can’t be sure if she will have the time to appear for them later, considering the international playing schedule. But such is the life of a professional cricketer,” added the coach.