Shastri: Winning a World Cup is an obsession for India

Winning a World title is an “obsession” for India coach Ravi Shastri, who says the upcoming six ODIs against New Zealand and South Africa could be used as a platform for his team’s preparations for the global T20 championship in Australia this October. In an exclusive interview to PTI, the head coach spoke on a […]
By PTI Wed, 22 Jan 2020 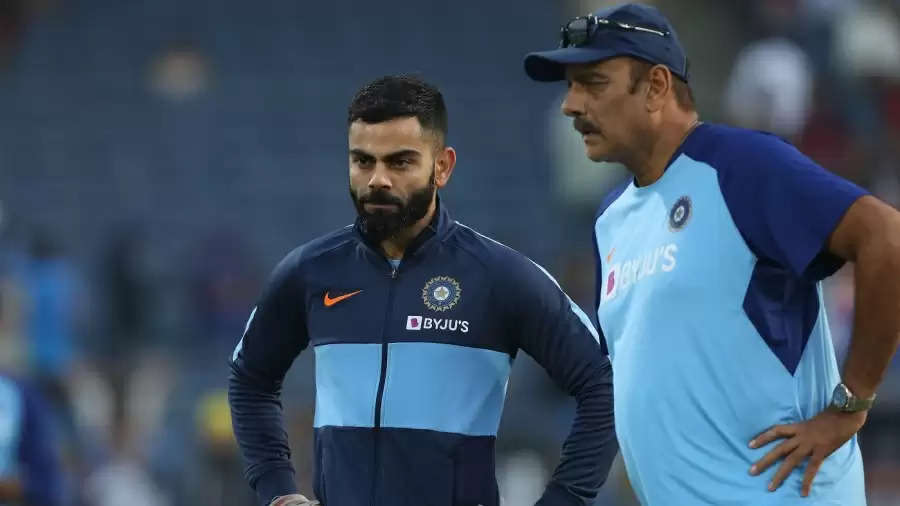 Winning a World title is an “obsession” for India coach Ravi Shastri, who says the upcoming six ODIs against New Zealand and South Africa could be used as a platform for his team’s preparations for the global T20 championship in Australia this October.

In an exclusive interview to PTI, the head coach spoke on a range of issues including the legacy he wants to create, preparations for the marquee meet, team culture and unfortunate injuries to his players.

“That toss will be taken out of the equation, we will play well irrespective of conditions, of opponents and in every country of the world. That’s what our aim is and that is what we are chasing. Yes, the World Cup remains an obsession and we will do all to fulfil that ambition,” Shastri said ahead of the start of India’s tour of New Zealand.

India will play five T20 Internationals, three ODIs and two Test matches starting with the shortest format on January 24. The ODI series against South Africa is to be held in March.

The hallmark of this team is enjoying each others’ success, said Shastri.

“The word ‘I’ is not there in our dictionary. It’s ‘we’. That’s what this team stands for. It celebrates each other’s achievements because it’s the team that wins,” he added.

So, is there a possibility that the ODIs held this year will be an extension of T20s, the former India captain replied: “Yes, I believe it’s very much possible.”

The 2-1 series win against a full-strength Australian side was a reflection of the Indian team’s “mental strength”, which came back strongly after being outplayed in the opening game.

“The Australia series was proof of the mental strength and the ability to play under pressure. After the hammering at the Wankhede, to come back and play like the way we did, merits a lot of credit and praise.

“It showed courage and as Virat used the word brave, it showed we are unafraid to play brave cricket and with intent,” said Shastri.

While no one can deny that Shastri is pleased as punch with the series win against the mighty Australians, the 57-year-old now wants to only think about the new series.

“This team lives in the present. Whatever has happened in the past is history. We look to do what we did well in the past, in future also.

Skipper Virat Kohli has already said that KL Rahul keeping wickets is an option and Shastri seconded the view, saying he is happy that the team has got a multipurpose player of Rahul’s quality.

“We love options,” he said.

The only thing that makes him “sad” is Shikhar Dhawan, who has been ruled out of the New Zealand assignment due to shoulder dislocation.

“Very sad because he (Dhawan) is a senior player. He is a match-winner. When someone suffers an injury of that sort, everyone is hurt in the team,” he said.

Known for his plain speak, Shastri rejected rumours that Kedar Jadhav has outlived his utility as an ODI player even though he is bowling rarely in international games.

“Kedar is an integral part of the ODI team that will play in New Zealand. He will be treated like every other player.”

It’s been quite a while since Kuldeep Yadav and Yuzvendra Chahal featured together in the playing XI in white ball games.

Will they be seen together?

“That’s a call we will take. We play ‘Horses for Courses’. We will judge it in that direction.”

Suryakumar Yadav’s name has been propped up as an explosive power-hitter in the playing XI. The coach was non-committal on what was his take on the subject.

“That’s a selector’s job. I don’t get involved in that department as such,” he said.

He also wasn’t bothered by the kind of surfaces New Zealand will dish out.

“We, as a team, don’t think about all that. We address something when we see it. We see facts, we address. We don’t go into the history or the past.”