A remarkably candid Deepak Chahar on Tuesday said he understood early in his career that switching his focus to white ball cricket and IPL was the fastest and easiest route to the India dressing room. The Agra-based Chahar started with a brilliant 8 for 10 in his Ranji Trophy debut against Hyderabad, but for all […]
By PTI Tue, 17 Dec 2019 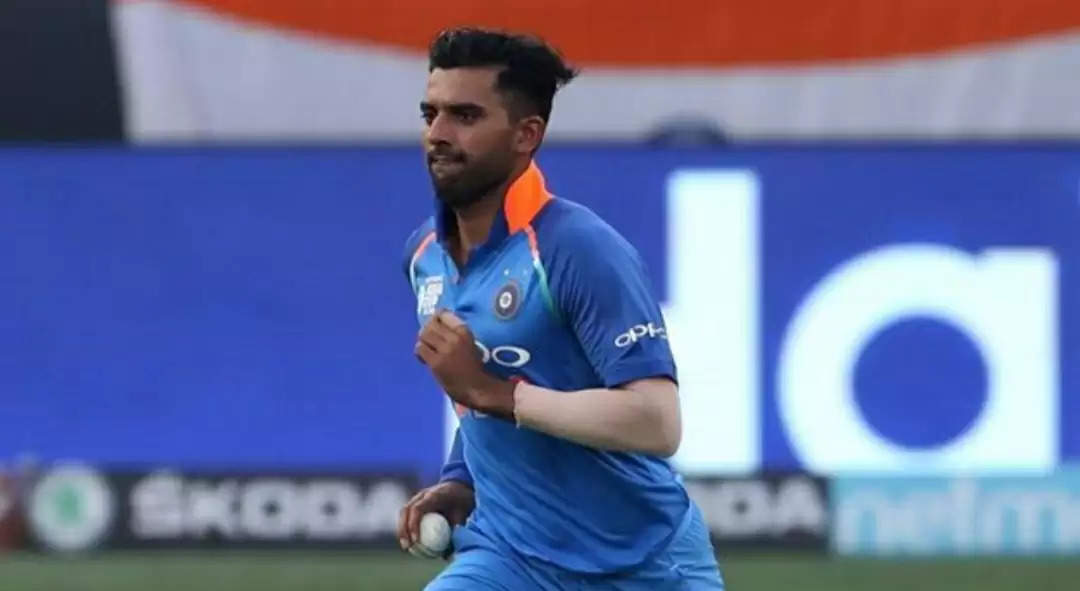 A remarkably candid Deepak Chahar on Tuesday said he understood early in his career that switching his focus to white ball cricket and IPL was the fastest and easiest route to the India dressing room.

The Agra-based Chahar started with a brilliant 8 for 10 in his Ranji Trophy debut against Hyderabad, but for all practical purposes, knew that a speed of 125 kmph with the red ball would take him nowhere near international cricket.

“When I changed my action to gain speed, I struggled with my state team. Now suddenly, I found that my road towards entering the Indian team to be very difficult. If I had to take the Ranji route, then I would have had to play more matches, play a whole first-class season, play Duleep Trophy. That’s a longer road,” Chahar said, there was a refreshing honesty in his admission.

“But if you do well in IPL, then you can quickly play for India and during that phase of my career, I decided to concentrate on white ball cricket,” Chahar, who is an automatic choice in T20 cricket now, said ahead of India’s second ODI against the West Indies.

The most impressive aspect of an interaction with Chahar was the clarity he has about his shortcomings and what he is doing to improve them.

“When I came to the Ranji Trophy, I used to bowl 125 kmph. My struggle with injuries was due to my efforts to increase pace. Because I knew that I won’t be able to survive with that kind of pace at the international level. I had to increase it close to 140 clicks and get it to swing.

“A swinging delivery at 135 to 137 kmph is the most difficult delivery for any batsman. I can vouch that even 150 km on a flat track can be easier to handle.”

As focus shifted on becoming a good white ball bowler, Chahar realised that swinging a white ball is twice as difficult as the red ball.

“A red ball will even (reverse) swing if it’s shiny on one side. That’s why, at the Ranji level, a lot of bowlers can move the ball both ways. In white ball, the swing is not because of the shine (of lacquer). It is derived through action. So I worked on that also and increased my pace.

“I have a good slower bouncer and I am working on my yorker. Now I am confident that even if I am hit for two sixes, I can bowl a yorker.”

The confidence came under Mahendra Singh Dhoni‘s leadership at Chennai Super Kings ahead of the 2019 IPL season.

“Before the 2019 IPL, I prepared a lot bowling on Chennai track. Since I bowl three overs in Powerplay for CSK, and if you don’t have a yorker at the Chepauk, where the ball doesn’t swing, it will be difficult. But I can get even better.”

Chahar is only two ODIs old but he has identified his weak area in this format, which is bowling in the second Powerplay, when there are only four fielders outside the 30-yard circle.

“ODI is most difficult format. In T20s, all you look to do is escape without getting hit. So, if you haven’t taken wickets but had figures of 0/24 in 4 overs, that’s perfectly fine. In Test match, its the opposite. You have to attack, may be go for runs but also take wickets.

“But ODIs is a mix of both where you have to be restrictive as well as take wickets. Read the situations well. It has helped that I played a lot of List A games for India A and understood how to bowl in that second Powerplay. Earlier, I couldnt figure out as to how I can contain a batsman in the middle overs. I will learn more as I play more.”

So what’s his line of thinking during the second Powerplay?

“My thinking is since you have only two fielders outside the circle during the first Powerplay, this seems a bit more easier when there are two more. And with that you also need variation at the death. Not always easy to manage everything.”

Asked what’s a defendable target on this track, Chahar replied: “I think we had a par-score in Chennai and we bowled badly. I hope we don’t repeat the mistakes that we made.

“I can’t as a bowler always ask the batsmen to give me 350 runs to defend. 288 was defendable in Chennai. I think we as bowlers also need to win matches.”