Senior pacer Shikha Pandey admitted that India were outclassed not just the fielding but in all three departments which led to the side’s humbling defeat against Australia in the Women’s T20 World Cup final. Unbeaten throughout the tournament, India were handed a massive 85-run thrashing by the defending champions at the MCG on Sunday. Australia […]
By PTI Mon, 9 Mar 2020 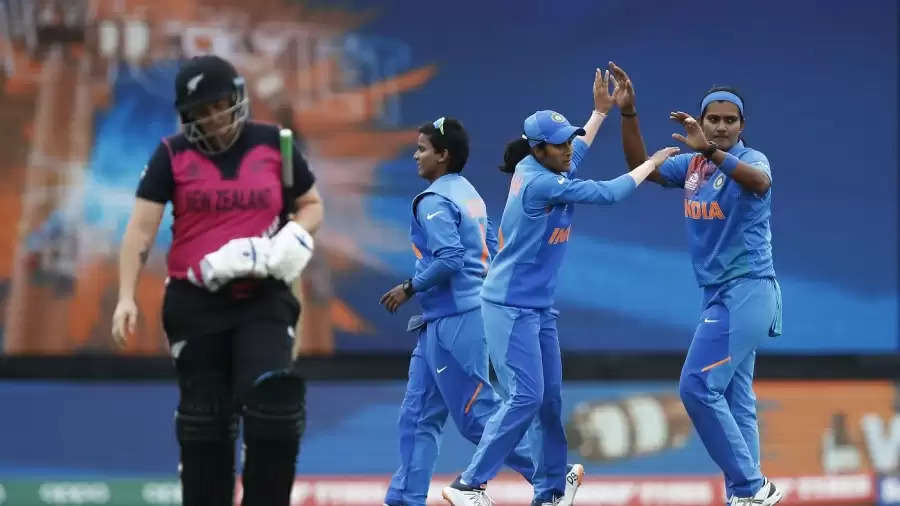 Senior pacer Shikha Pandey admitted that India were outclassed not just the fielding but in all three departments which led to the side’s humbling defeat against Australia in the Women’s T20 World Cup final.

Unbeaten throughout the tournament, India were handed a massive 85-run thrashing by the defending champions at the MCG on Sunday.

Australia posted 184 for four before their bowlers put up a disciplined effort to win their fifth title in which Pandey was hammered for over 50 runs in her four-over quota.

“Nerves weren’t really a factor. Once you get onto the field, you just zone out. I don’t think I felt nerves,” Pandey told the ICC website.

Pandey rued the dropped chances of Beth Mooney (78 not out), whose caught and bowled opportunity was missed by Rajeshwari Gayakwad, and Alyssa Healy (75), who was dropped off the fifth ball of the innings by Shafali Verma. The opening duo then nicely set it up Australia’s record-breaking win.

“Initially, if you gift chances to batters in form they’re going to use them. It could have gone either way but those chances costed us. We could have been better in all three departments, it wasn’t just the fielding,” she said.

Healy and Mooney’s efforts shattered the confidence of the Indian bowlers from the first over itself and Pandey, who was at the receiving end, said even she had to appreciate the former’s brutal hitting.

“You do have plans against a batter like her, but the kind of shots she played were amazing. Sometimes you can just stand and acknowledge, and appreciate the shots she was playing. It was one of those days when I was on the receiving end.”

The 30-year-old Pandey was hit for three boundaries from her first 12 overs delivered in the tournament and the only one that got away in the first two games was struck by Healy in the early overs of the opening game.

Shikha Pandey held her nerve to help India secure a crucial win over New Zealand and seal top spot, playing a crucial role as one of the oldest in a squad featuring three teenagers.

Despite struggling in the final as Australia reached 184 for four from their 20 overs, Pandey revelled in the occasion with the India team getting the chance to meet tennis star and sporting icon Billie Jean King after the trophy presentation.

“It’s huge to meet people like Billie Jean King in person. I was privileged to be part of the event although it’s disappointing to be on the wrong end of the result.

“It’s an honour to meet someone who has done so much for women’s sport in general and is working for equal opportunities. Just to meet her in person is a good thing.

“She said we were unlucky to have lost and to keep working hard,” Shikha Pandey said.