The trio recalled facing each other during their playing days in a fun conversation on Twitter.
By CX Writer Fri, 29 Apr 2022 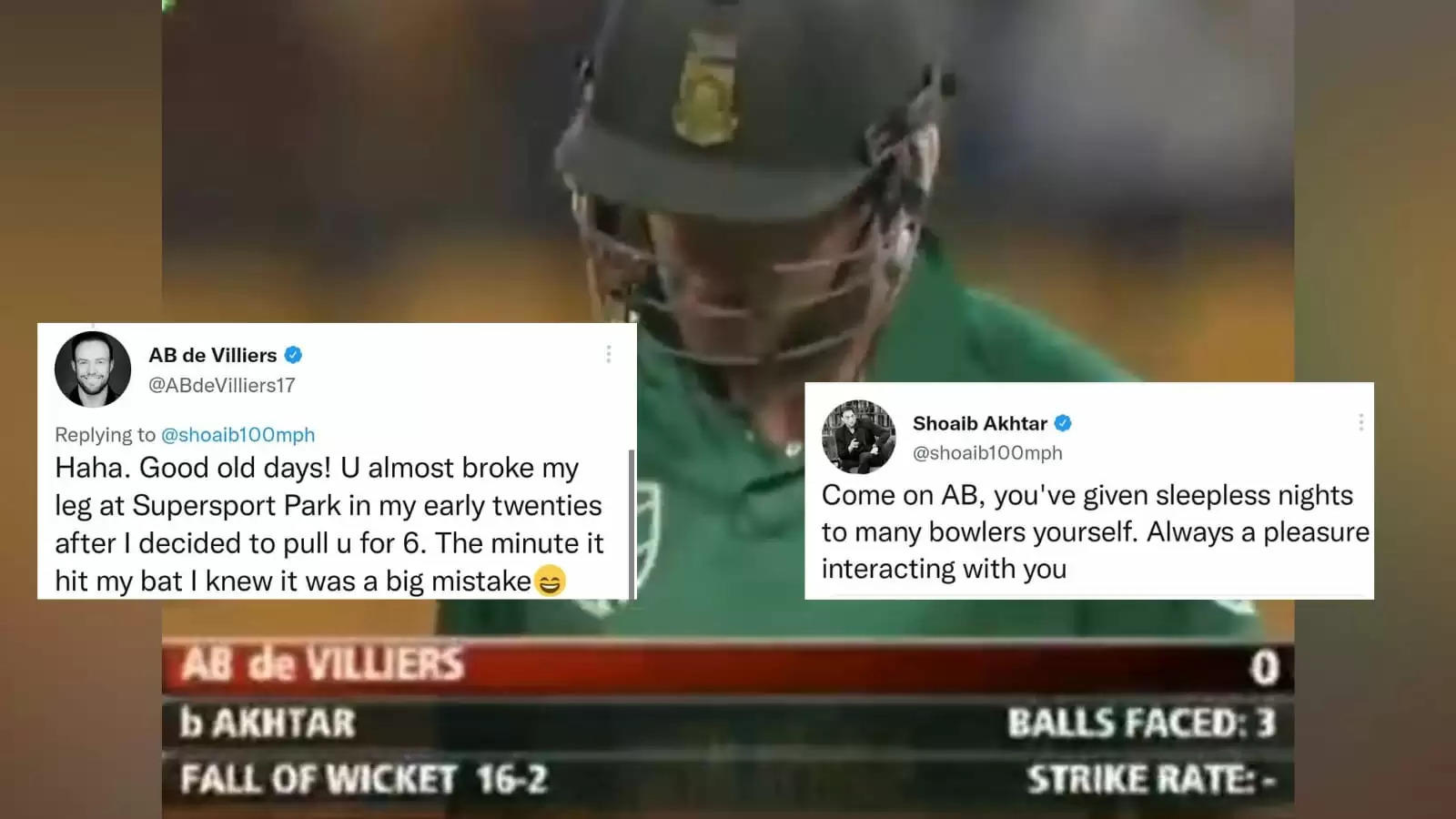 Shoaib Akhtar hilariously won the banter in the end as he posted a video of getting De Villiers out.

Former Pakistan cricketer Shoaib Akhtar was indeed a nightmare for many to face during his playing days with the speed he used to bowl. It is no surprise that he is the first bowler in international cricket to break the 100 mph barrier. Cricket Australia, on April 27, dug into the archives to post the most ferocious delivery Akhtar bowled on the Australian shores.

Shane Watson was the batter facing that delivery when Pakistan were on Australia tour. Shoaib Akhtar had bowled a bouncer and the batter had to take evasive action to get out of the line of the ball. Though it went for four byes, it was a well-directed bouncer from the Pakistan speedster. Interestingly, on the day, Watson was celebrating his 21st birthday as well.

Watson reacted to the video saying it was a unique way to celebrate his birthday and also lauded Shoaib Akhtar. “What a way to spend my 21st birthday!! @shoaib100mph was so good and so bloody fast!!” he tweeted. Soon, former South Africa great AB de Villiers jumped into the conversation saying, “Oh man! I still get nightmares.”

Shoaib Akhtar also got involved in the conversation then praising his South African counterpart for his batting. He also recalled that he always enjoyed having conversations with De Villiers. “Come on AB, you've given sleepless nights to many bowlers yourself. Always a pleasure interacting with you,” Akhtar tweeted.

AB de Villiers then hilariously recalled the game when he had hit Akhtar for a six at Supersport Park in Centurion during the early stages of his career. He also remembered the way the Rawalpindi Express almost broke his leg with his speedy deliveries.

“Haha. Good old days! U almost broke my leg at Supersport Park in my early twenties after I decided to pull u for 6. The minute it hit my bat I knew it was a big mistake,” De Villiers’ response read.

However, the friendly conversation ended with Shoaib Akhtar winning the banter as he dug deep to find one pull shot of De Villiers off his bowling that had chopped onto the stumps saying, “Not every pull went for a 6 though. Hahaha.”

The trio of Shane Watson, Shoaib Akhtar and AB de Villiers were exceptional cricketers during their playing days for their respective sides. It was only a treat to watch for the fans when they locked horns against each other.

Here's the thread of convo:

Come on AB, you've given sleepless nights to many bowlers yourself. Always a pleasure interacting with you https://t.co/zdhr2Ullen

Not every pull went for a 6 though.
Hahaha https://t.co/yGz3oETZIZ pic.twitter.com/PlxVKVRbZX