Shoaib Akhtar expressed his unapproval over a news anchor’s reference to the “baap baap hota hai” remark by Virender Sehwag, categorically denying that something like that was ever being said.
By CX Staff Writer Tue, 30 Aug 2022 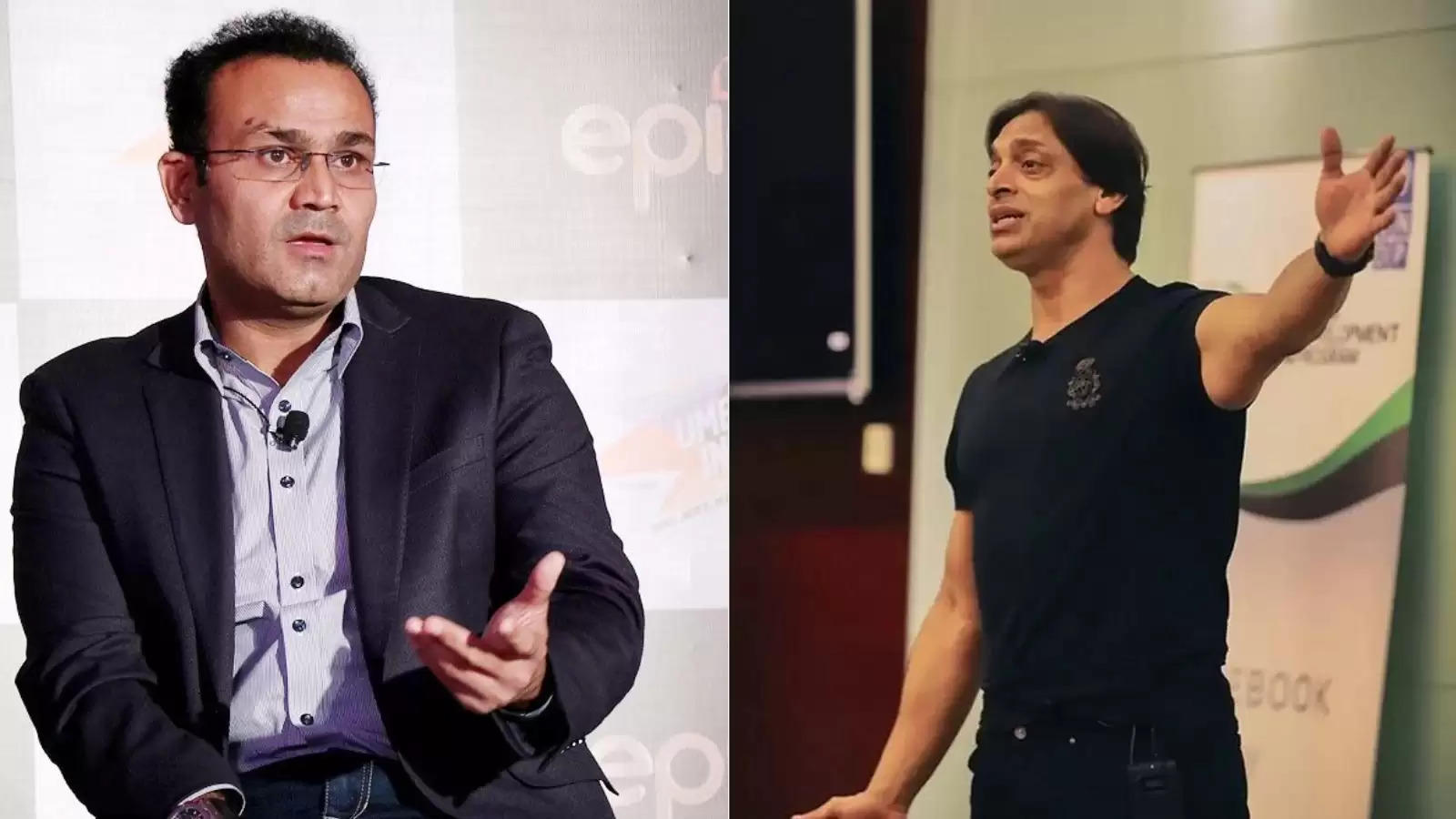 “Would he survive after saying something like that to me?”

The India vs Pakistan rivalries has been glittered with intense contests between the two teams and at times, the one-on-one battles, serving us numerous anecdotes over the years.

One of the most famous ones is the one made by Virender Sehwag featuring himself, former Pakistan speedster Shoaib Akhtar and the legendary Sachin Tendulkar.

As the tale goes, according to Sehwag, who has narrated it on multiple occasions in the past, Akhtar had hurled numerous bouncers at the opener from round the wicket in a Test match, asking the right-hander to go for the pull, if he dared to. Sehwag didn’t, and Akhtar after a while pitched one short to Tendulkar, who promptly hit it for a six.

However, in a pre-show discussion with an Indian journalist before the start of the India vs Pakistan Asia Cup 2022 encounter on Sunday, Akhtar was clearly furious when the tale was brought up, and stated that the incident had never occurred.

(We know that Sehwag had made that ‘baap baap hota hai’ comment but can you share any other incident related to an India vs Pakistan match?)

(If he had said this to my face then it would have been very difficult for him. I don't know when and where he said this. I had even asked him once in Bangladesh whether he said this or not then he had denied it. Secondly, we should celebrate these occasions and talk about cricket rather than doing these. I respect India a lot, I respect you too and I never say such things which may create differences between the two countries.)

ALSO READ: When Shoaib Akhtar went to Harbhajan Singh's Room to Fight after an Asia Cup Encounter in 2010

“Would he survive after saying something like that to me? Would I leave him? I would beat him up on the ground and then at the hotel. The story has been made up,” Akhtar had said.