"Coach and at times, CEO is also obviously involved in team selections," Iyer said while speaking in the post-match presentation ceremony.
By CX Writer Tue, 10 May 2022 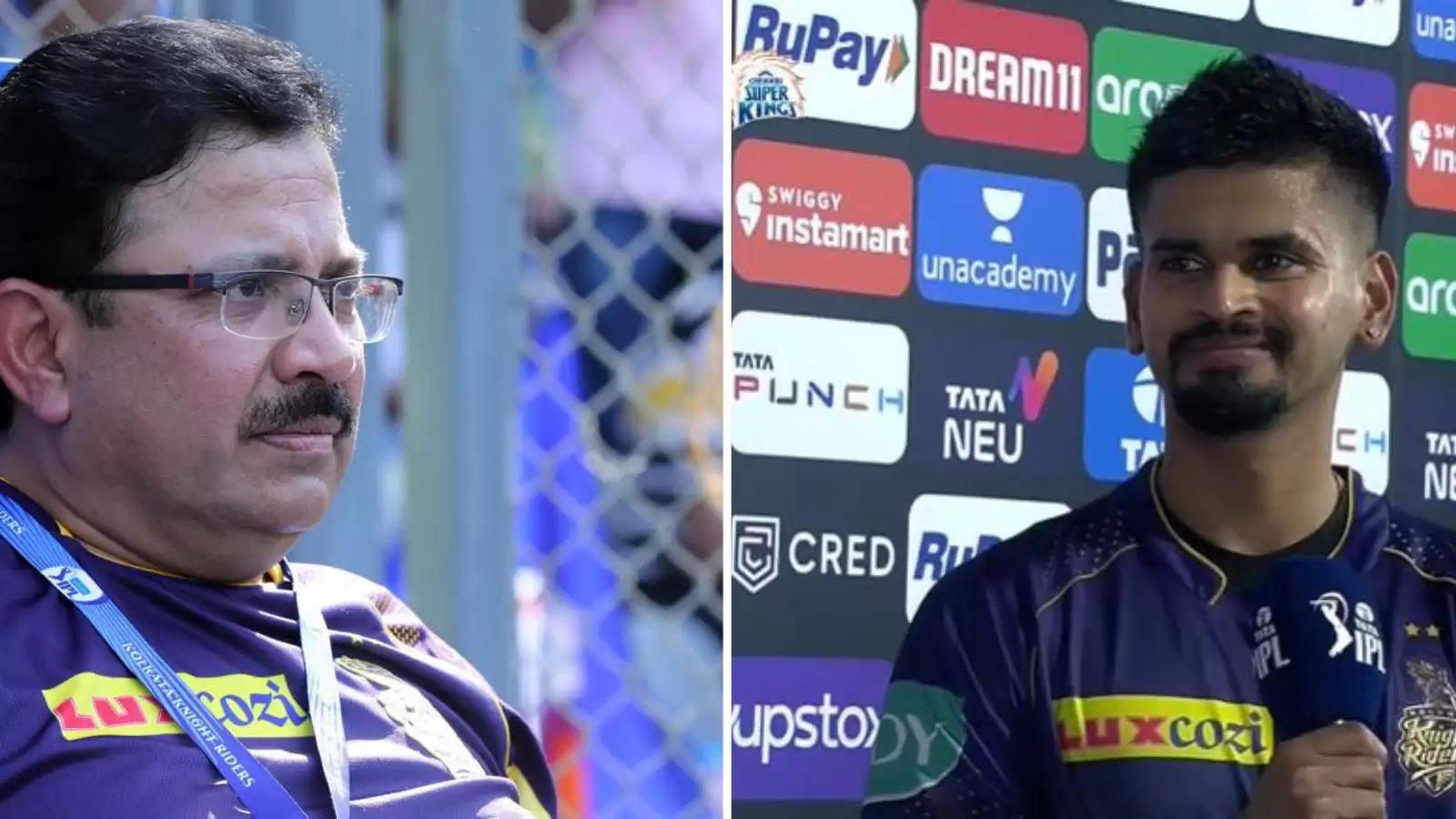 KKR have made the most changes to their playing XI among all teams in IPL 2022 so far.

Kolkata Knight Riders (KKR) registered a thumping 52-run victory over Mumbai Indians (MI) on Monday (May 10) to stay alive in the ongoing Indian Premier League (IPL). This is their fifth win in 12 matches and will have to win two more games to stay in the playoffs race. Along with it, they would need a few other results to go their way as well.

But consistency has been the issue with KKR throughout the season and that has hampered their season badly. One of the reasons for that it also constant changes in the playing XI. The Shreyas Iyer-led side has made most changes in the tournament so far and that tells the story. KKR had the most unsettled XI as they almost tried around 20 players in their squad.

They tried five different opening pairs as well which didn’t yield desired results at all. Perhaps, it was indeed amusing to see them revert to the same players that played in the first couple of matches. The likes of Ajinkya Rahane and Venkatesh Iyer opened the innings while Pat Cummins and Varun Chakaravarthy also made a comeback and all of them made an impact in some or the other way in the game.

With KKR winning the game with the players featured in their opening game, Shreyas Iyer was expectedly asked about so many changes made in the playing XI during the presentation ceremony. And he shockingly admitted that KKR’s CEO Venky Mysore is also involved in the team selections alongside head coach Brendon McCullum. He didn’t have much explanation to the changes made either.

“It is really difficult (to tell players about axings). Coach and at times, CEO is also obviously involved in team selections. Each and every player takes it well, and they have put in their best efforts,” Iyer said after the match.

No wonder this came as a shock for the fans as generally, the team management, captain and coach take decisions related to the team selections. The fans weren’t impressed with the KKR CEO at all and reckoned that is the reason behind the team’s current position at the moment.

Here are some of the reactions:

CEO is involved in the team selection. What does Shreyas Iyer want suggest here?

That's a huge, huge statement and very disappointing to hear. That's definitely not what a player would want to hear...#KKRvsMI

Shreyas iyer telling CEO getting involved in team playing 11 is indicator that @VenkyMysore is unprofessional and learn if you own franchise cricket doesn’t mean u own players and on field decision. Gambhir owned KKR on field. After that it was puppet show

Shreyas Iyer told in post match chat that CEO of KKR is involved in team selection. No wonder they got their season screwed.He is definitely going through what Warner went through lst season with SRH.
Have some shame @KKRiders management!!#IPL2022 #ShreyasIyer #KKRvsMI #MIvKKR

Kudos to Shreyas Iyer for actually saying this openly. This (CEO interference) was something that every KKR fan guessed but was never actually confirmed on record. Morgan or DK (no offense to them) would have never said this publicly. Dunno how the scenario was with GG though.

Really like courage of Shreyas Iyer exposing CEO who is responsible for team selections. Because it’s definitely not the reflection of his captaincy skills when he was leading DC. BAZ & venky Mysore spoiled this team.

Interesting from Shreyas Iyer. Casually drops this: "obviously the CEO is also involved in team selection".cricketing decisions should be left with cricketers not ceo. That’s why you are in this states#. Struggling to find combination. @KKRiders

Shreyas Iyer says CEO also involved in team selection at KKR. A slip or did he really mean that? If it is what it it sounded like, then that explains the season for KKR. What is Baz McCullum there for? Baz-igar o Baz-igar, CEO bada jadugar. Team anthem?#IPL2022 #KKRvMI