South Africa born Devon Conway, who plays domestic Cricket for Wellington in New Zealand, has been added in New Zealand’s central contract list for the 2020/21. New Zealand have also added fast bowler Kyle Jamieson and left arm spinner Ajaz Patel to the contract list. Three Cricketers have been released from the list, which are […]
By CricXtasy Staff Fri, 15 May 2020 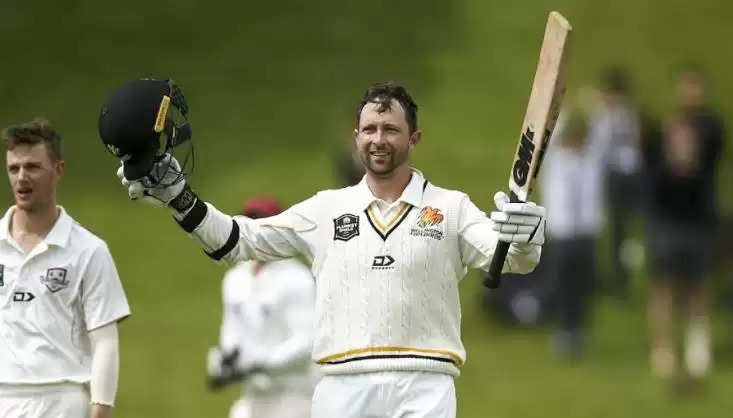 Gavin Larsen, former New Zealand medium pacer and current selection manager said, “It’s really exciting to offer contracts to Kyle, Ajaz and Devon who have all impressed over the past 12 months. Devon’s form with the bat across all three formats these past two seasons made him impossible to ignore and he’s going to be a great option to add to the batting mix. We see Ajaz as the incumbent test spinner at present and he’ll be looking to stamp his mark on that spot after some strong efforts with the ball in the subcontinent.”

Conway has had an incredible run in the last couple of years in domestic Cricket. The left handed opening batsman, who occasionally keeps wicket, finished as the leading run scorer in this year’s Plunket Shield, New Zealand’s premier 4 day competition, scoring 701 including a triple hundred against Canterbury. He was the leading run scorer in the Ford One Day Trophy as well, with 553 runs at 55.30 runs per game, with 2 tons. He achieved the same feat in the Super Smash T20 Competition, with 543 runs to his name. His stellar form with the bat helped Wellington secure the domestic double of winning the Plunket Shield and The Ford Trophy.

Conway, who moved to New Zealand in 2017, joining the likes of Grant Elliott, Neil Wagner and Kruger van Wyk, who went on to represent New Zealand after having played domestic cricket in South Africa, talked about his move to ESPNCricinfo, “A year or two before I decided to move to New Zealand, I felt like my career wasn’t really moving forward. I potentially wanted to give myself the best chance of playing international cricket, but unfortunately at the time I didn’t perform as well as I would’ve liked to. I just thought of trying to change things up.
“I didn’t necessarily speak to anyone about it, because I didn’t have the performances to back up what I wanted to speak about. For me, it was about actions doing the talking. I didn’t want to ring up the head coach or assistant coach and say, ‘I deserve to play in this role’ when I hadn’t earned the right. I wasn’t necessarily verbal, I tried to show my actions by performing, but that didn’t allow me to progress.”
“I’d heard New Zealand was a beautiful country. I was lucky to have a few friends who had moved there for professional cricket. I thought, ‘Let me go over and play at a club’, and that prompted me and my partner to move.”

Also earning his way into the contract list is the tall and strapping Jamieson who turned heads on debut in both Tests and ODIs. Patel, who is now viewed as New Zealand’s premier spinner in Tests, has earned his first contract following the retirement of leg spinner Astle, who quit red-ball cricket following the SCG Test against Australia in January.
“Kyle’s performances against the might of India were nothing short of outstanding and at 25 years of age he’s certainly got a big future. We see Ajaz as the incumbent Test spinner at present and he’ll be looking to stamp his mark on that spot after some superb efforts with the ball in the sub-continent,” said Larsen.