It’s been more than three and a half months since competitive cricket has been played in South Africa. The domestic one-day tournament was the last bit of cricketing action that was seen in South Africa. March 15th was the day when the group stages of that domestic 50-over competition ended and the playoffs along with […]
By CricXtasy Staff Tue, 30 Jun 2020 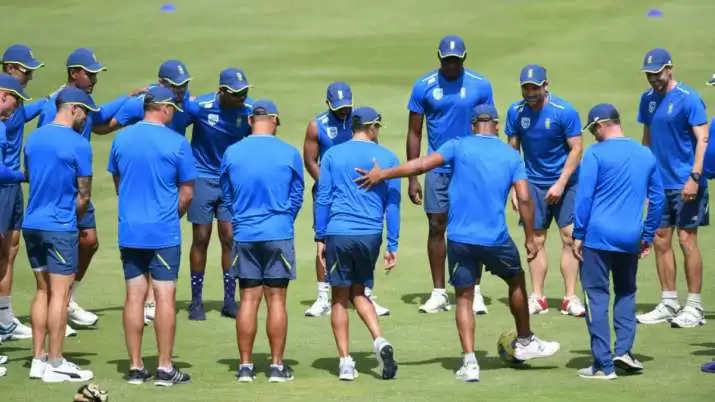 It’s been more than three and a half months since competitive cricket has been played in South Africa. The domestic one-day tournament was the last bit of cricketing action that was seen in South Africa. March 15th was the day when the group stages of that domestic 50-over competition ended and the playoffs along with the final had to be called off due to the COVID-19 pandemic.

The South African ODI team had travelled to India for a three-match ODI series. However, after the first game got washed out, the Proteas flew back home as the series was cancelled for the same reason. The Rainbow nation has been under strict lockdown since March 27th. That also meant postponing of several series’. The South African women were due to host Australia and fly to the Caribbean to face West Indies, both of which have been called off. Meanwhile, the men’s team were due to travel to Sri Lanka for a white-ball tour and also play two Tests and five T20Is in the Caribbean. Those are delayed too.

But things are slowly trying to get back to normal. South Africa’s sports ministry has approved Cricket South Africa’s (CSA) return-to-train-and-play plans. The organisation is likely to sit down on July 2nd (Thursday) to decide further course of action. According to ESPNCricinfo, it understands that CSA is largely focussed on getting the men’s and the women’s cricketers to resume training first. The franchise and domestic cricketers will have to wait for their turn.

The CSA has identified as many as 44 men’s cricketers to resume training. The listed players will get back to training in small groups in franchise clubs and grounds near them. They can train with coaches only in their local areas, thereby, restricting any sort of provisional travel.

The safety protocols will have to be followed and the guidelines set by CSA’s Covid10 Steering Committee need to be adhered. “Our prevention programme, besides the regular testing of players and support staff, is predicated on personal hygiene measures and creating a sanitised ecosystem. COVID-19 compliance managers at each venue have assumed responsibility to ensure all the elements of the protocol are implemented,” CSA’s chief medical officer Dr Shuaib Manjra was quoted saying in a release.

South Africa’s first course of international cricket planned is the three T20Is against India in August. However, there is a provision to have that postponed to March 2021 as well.

Also, CSA’s all-new format, 3TC (3-team cricket) which was scheduled to take place on June 27th has been postponed and no definite date has been set for that to take place. The SuperSport Park in Centurion was to play host but with the rising number of COVID-19 cases, it was postponed. There is news that the players need at least seven days of training before scheduling the tournament.