At the exclusive premiere (digital screening) of ‘Inside Story: A Season with Rajasthan Royals’, a three-part documentary series produced by Red Bull Media House, ace Australian batsman Steven Smith said that he is happy to have English all-rounder Ben Stokes playing alongside him for Rajasthan Royals in IPL 2020. Also Read: My unsual batting stance is […]
By Prasenjit Dey Fri, 31 Jul 2020 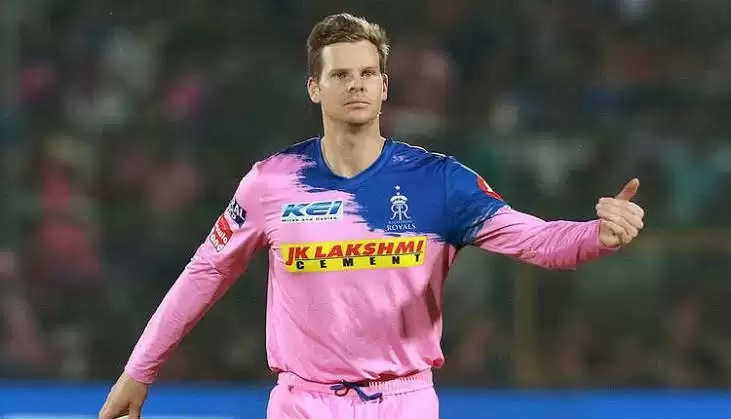 At the exclusive premiere (digital screening) of ‘Inside Story: A Season with Rajasthan Royals’, a three-part documentary series produced by Red Bull Media House, ace Australian batsman Steven Smith said that he is happy to have English all-rounder Ben Stokes playing alongside him for Rajasthan Royals in IPL 2020.

Also Read: My unsual batting stance is just a method to limit ways of getting out: Steven Smith

“It’s obviously good to play with a quality player like Ben Stokes in your lineup. We have seen Stokes go from strength to strength in the last couple of years,” Smith, who will lead Rajasthan Royals in the upcoming edition of the IPL, said during a Q & A session after the screening of the docu-series.

“Stokes had an incredible World Cup last year and followed that up with an amazing performance in Tests as well.  I hope that he doesn’t keep that up when we tour England next but he can certainly save that up for the IPL,” Smith added on a light-hearted note.

‘Inside Story: A Season with Rajasthan Royals’ is a docu-series produced by Redbull Media House

Even though Rajasthan Royals didn’t have the best of outings in the IPL last year, Smith said that they are highly hopeful of good things from this season as they have all almost all bases covered.

“We were a bit disappointed that we could not make the playoffs last season, however that is part and parcel of the game. The team has a great mix of youth and experience and we believe that we have all the bases covered. We have big hopes for the new season.”

Smith was also full of praise for his Royals teammate Jaydev Unadkat. Both him and Stokes had a stellar season for Rising Pune Supergiant in IPL 2017 under Smith’s leadership and the Australian batsman thinks that it is their understanding that helps them to “blossom together”.

Steven Smith in a Q & A session after the documentary screening

“I have a very good relationship with Unadkat on the field. I have given him my guidance and some ideas whenever required but have also allowed him to take the reins over at the right time. So, we have a good relationship in which we are able to blossom together. Fortunately, he has performed and delivered when I have been captain and done a great job for the team,” Smith Said.

When asked about how he is planning to handle the pressure that comes with being a promising young player, Riyan said, “I think I have said it before as well that there is pressure only if you think so. I am not bothered about tags and what other people say. It’s just going to be another year and I am just going to start fresh and do what I do best and what my team wants me to do.”

The series ‘Inside Story: A Season with Rajasthan Royals’ follows the team’s journey behind-the-scenes, with extraordinary access giving a rare look at the inside workings of a leading cricket franchise and their experiences during the 2019 season. It will be available exclusively on Jio TV, Jio Cinemas and Jio TV+ from 1st August 2020.