BCCI President Sourav Ganguly on Friday rubbished, as pure speculation, allegations that he would be vindictive towards chief coach Ravi Shastri, saying that performance alone will be the parameter of judging individuals during his tenure. Shastri and Ganguly had a public fallout in 2016 when the former reapplied for coach’s job and the latter was […]
By PTI Fri, 6 Dec 2019 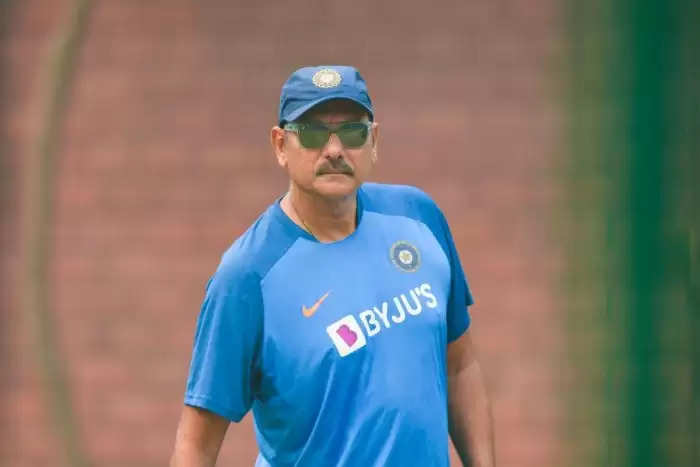 BCCI President Sourav Ganguly on Friday rubbished, as pure speculation, allegations that he would be vindictive towards chief coach Ravi Shastri, saying that performance alone will be the parameter of judging individuals during his tenure.

Shastri and Ganguly had a public fallout in 2016 when the former reapplied for coach’s job and the latter was a part of the Cricket Advisory Committee (CAC), which selected Anil Kumble for the position.

In 2017, Shastri got back the job after Kumble resigned following his much-publicised difference of opinion with skipper Virat Kohli. During ‘India Today Conclave (East)’ on Friday, Ganguly was asked about conjecture that he has an axe to grind with Shastri because of past differences.

“That’s why these are called speculations. I don’t have an answer to these questions,” said Ganguly, dismissing the supposition.

For Ganguly, it all boils down to performance on the field.

“You perform and you continue, you don’t, someone else takes over. That was also the case when I played,” he asserted.

“There will be talks, leaks, rumours but concentration should be on what happens on 22 yards,” he said.

He then cited examples of Virat Kohli, who has 70 international hundreds and Sachin Tendulkar (100 tons) to make his point.

“Life is about performance and nothing can substitute that,” he said.

As he stated during his first press interaction after taking over, Ganguly reiterated that, “Kohli remains the most important man in Indian cricket as he leads the team on the field.”

“Virat is a fantastic role model as to how he conducts himself on and off the field. He (Kohli) will get all the support required to succeed. Virat, Ravi everyone will get everything required. But at the end of the day, we will demand performance,” he said.

After the 2011 World Cup triumph, the Indian team faltered at the semifinal and final hurdle of most ICC tournaments save the 2013 Champions Trophy.

“It’s not an ability issue but mind issue. They need to cross the mental barrier in big games,” he said.

Talking about the 2020 World T20, the former skipper has one piece of advice for his men out there.

“T20 is about playing fearless cricket with freedom. Don’t walk out there in the middle, playing for your place in the team,” he said.

Ganguly has made a smooth transition from a player to an administrator. He also battled conflict of interest charge for his multiple commitments. Ganguly said the clause is coming in the way of getting former cricketers on board for administrative roles.

“It’s got to be practical. Conflict of interest should apply only to administrators and cricketers should be left out of it,” he said.

Home Minister Amit Shah’s son Jay Shah is the secretary and the BCCI president wants his colleague to be “judged independently”.

“Jay Shah has won an election. He should be judged independently. He is adjustable. His father is a politician but we should judge him personally,” Ganguly said.

Ganguly made it clear that there has been no political interference in the BCCI matters but conceded that “influential people will be involved in the running of the game”.

“Late Arun Jaitley ji was obsessed with the game but never held a post in BCCI. But he is held in high esteem in Delhi cricket,” he recollected.

Talking about Delhi cricket and the innumerable allegations of corruption, including in the selection of the current Ranji squad, Ganguly sought to steer clear by saying that it was the state association’s internal matter at this point.

“Despite all that we hear, the current Indian team has Virat Kohli, Shikhar Dhawan, Ishant Sharma, Rishabh Pant. I don’t know what happens but they keep producing world class players.

“The state associations are independent and have their own elected body. Running an association is not easy. Very strong personality is needed,” he said.