Cricket Australia are considering to reschedule the T20 World Cup and the Trans Tasman series to the month of February next year if the situation of the COVID-19 pandemic does not improve. Meanwhile, Cricket Australia’s chief, Kevin Roberts, has appealed to the Australian Cricketers to take pay cuts due to the losses incurred by the […]
By CricXtasy Staff Thu, 23 Apr 2020 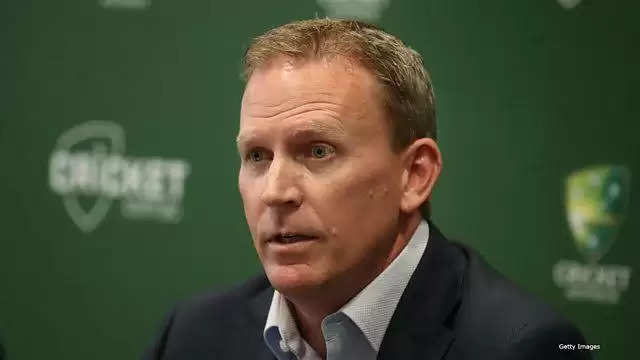 Cricket Australia are considering to reschedule the T20 World Cup and the Trans Tasman series to the month of February next year if the situation of the COVID-19 pandemic does not improve. Meanwhile, Cricket Australia’s chief, Kevin Roberts, has appealed to the Australian Cricketers to take pay cuts due to the losses incurred by the board, something that has not gone down too well.

In an interview to SEN on Wednesday, Roberts said, “We’ve got work to continue doing with the ACA and the players – and we’ve got some reasonable benchmarks in place in terms of a 25 per cent cost reduction at Cricket Australia.”

Roberts continued, “It would not be reasonable for us to say it’s a 25 per cent reduction at Cricket Australia and we ask the players to bear a greater burden than that. That won’t be happening.”

Roberts appealed to the players on Wednesday to help the game through its financial crisis, something that has not gone down too well. Clarifying his statement, Roberts said, “What I’ve said to the players is whatever we ask of them, they can be assured that as CEO all I’m asking is they come with me. They won’t be asked to go any deeper than what I do and what we do as an organisation.”

In an interview to cricket.com.au, fast bowler Josh Hazlewood had the following to say.
“Yeah, probably took me a little bit by surprise I guess, just due to the fact that it’s coincided in the perfect time, this pandemic, for Cricket Australia, happening in March…I’m a little bit surprised, but we’re not different from any other sport, and I guess now how long it hangs around, how much it’s gonna affect us. It leading into next summer can be quite serious.”
On being asked about the willingness of the players to absorb some of the costs themselves, he said, “Yeah, we’ve always said that we’ve ridden the highs and now it’s probably time to ride the lows a little bit. We’ll see what it comes to, and everyone will play their part.”

Sources close to the board have said that the directors believe Roberts did not manage the standing down of staff as well as he could have. Roberts also came under fire from his own people during a Q&A session this week with one worker enquiring about how his wife found out about the stand downs in the media before he had broken the news to her.

Roberts has achieved the public support from Western Australia Cricket Association (WACA) chairman Terry Waldron, who said on Wednesday that his organisation had “raised a couple of issues” with CA’s latest proposal for states to take a 25 per cent cut to their grants but was otherwise happy with it and how events had played out over the past week.

“From time to time you’ve got points you differ on [with CA] and we’ve had that on a couple of occasions but not on this issue,” Waldron said.

The T20 World Cup and the Test series against India are two crucial events for the CA’s and were set to fill the void at Jolimont only for the COVID-19 to strike while the governing body was at the low point of its four-year economic cycle.

Roberts has confirmed the fact that it is near impossible to host the T20 World Cup in its original window under current travel restrictions. Senior sources have confirmed the World Cup could be pushed back from October to February next year as part of a number of contingency plans being explored, but it is still unclear whether the games will be held behind closed doors or not.

The future of the tournament is to be discussed at a phone hook-up of the International Cricket Council chief executives on Thursday.

The ACA has told members it is still waiting for Jolimont to send through more details of its financial situation but CA insists it has provided numbers to the players union. Players are reluctant to take further cuts as their pay deal with CA is tied to revenue, therefore their wages fall when the game is struggling.
There is still lingering tension between the players and Roberts, who was a central figure in the pay debacle of 2017.