Taufeeq Umar, the former left handed Pakistani opening batsman, has said that he been tested positive for COVID-19, after he got himself tested on Saturday after suffering from a mild fever. Umar, who has played 44 Tests and 22 One Day Internationals for Pakistan in 13 years, scoring 2963 Test runs and 504 ODI runs, […]
By CricXtasy Staff Mon, 25 May 2020 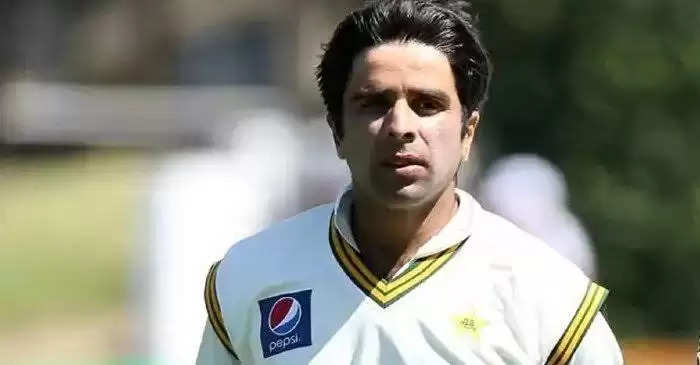 Taufeeq Umar, the former left handed Pakistani opening batsman, has said that he been tested positive for COVID-19, after he got himself tested on Saturday after suffering from a mild fever.

Umar, who has played 44 Tests and 22 One Day Internationals for Pakistan in 13 years, scoring 2963 Test runs and 504 ODI runs, said that his symptoms were not at all severe and that he has isolated himself at his residence.
Taufeeq told Geo News, “I got myself tested last night after feeling a little sick last night, and the result came positive. My symptoms are not at all severe. I have isolated myself at home.”
“I appeal to everyone to pray for my swift recovery,” Umar added.

While several footballers have tested positive for the lethal coronavirus, Taufeeq Umar is the first high-profile cricketer to have been tested positive. Among other Cricketers, Majid Haq of Scotland and Solo Nqweni of South Africa have been tested positive for COVID-19. Unfortunately, among Cricketers, Zafar Sarfraz, who has played 15 first class Cricket matches for Peshawar, Pakistan, passed away, aged 50 on the 13th of April, due to the virus.
Taufeeq Umar started off his International Cricket career in style, with a hundred on Test debut against Bangladesh at Multan. He was a regular starter for his country from his debut to 2004. After the series against India, he started to find himself quite often on the sidelines. After being recalled to the side in 2010, he went on to have a good run, as he amassed 3 hundreds the following year, including a career best 236 against Sri Lanka at Dubai. The last time Umar was seen in a Pakistani jersey was in a Test match against New Zealand at Dubai, 6 years ago.

The COVID-19 pandemic has brought normal lives to a grinding halt across the globe. In light of recent events, the International Cricket Council (ICC) recently put forward protocols that will have to be followed when cricketing action resumes. All cricket is currently on hold due to the pandemic which has hit the entire world.

The statement read, “The ICC Cricket Committee heard from the Chair of the ICC Medical Advisory Committee Dr Peter Harcourt regarding the elevated risk of the transmission of the virus through saliva, and unanimously agreed to recommend that the use of saliva to polish the ball be prohibited. The committee also noted the medical advice that it is highly unlikely that the virus can be transmitted through sweat and saw no need to prohibit the use of sweat to polish the ball whilst recommending that enhanced hygiene measures are implemented on and around the playing field.”