The last two months have been the worst for any sportsperson: Ravi Shastri

Ravi Shastri, head coach of the Indian Cricket team, reflected upon the last two miserable months, away from Cricket due to the COVID-19 pandemic. He said, “The last two months, and a couple of more going forward perhaps, will count as the most horrible phase in the life of a sportsperson in close to seven […]
By CricXtasy Staff Fri, 15 May 2020 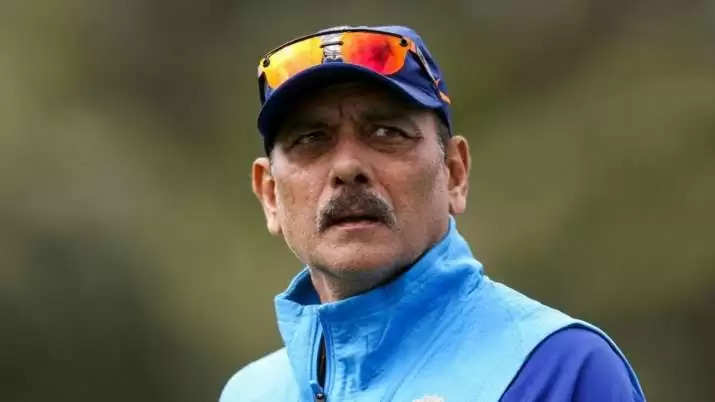 Ravi Shastri, head coach of the Indian Cricket team, reflected upon the last two miserable months, away from Cricket due to the COVID-19 pandemic.

He said, “The last two months, and a couple of more going forward perhaps, will count as the most horrible phase in the life of a sportsperson in close to seven or eight decades. Something like this is unimaginable.”
“As coach of the Indian team, the only consolation perhaps is that cricketers or sportspersons in general are not the only ones who’ve been left shattered by what’s happening. The world in general is suffering, waiting for normalcy to resume.”

According to the former Indian all rounder, the aftermath of the current phase, when cricket resumes, will be a massive challenge for the very best of Cricketers.
“No matter how big or accomplished a player is, it’ll take time to get into the groove once again, regain that ball sense, find your feet out there in the middle, no matter who you are. Not just cricket, but in any sport, that’ll be a challenge,” he said.

Once the lockdown is lifted, any board across the world, including the BCCI, should give optimum importance to domestic cricket more than anything else, followed by bilateral tours.
“I wouldn’t put too much emphasis on world events right now. Stay at home, ensure domestic cricket comes back to normal, cricketers at all levels, International, First Class, etc, all get back on the field. That’s the most important bit. Second, start with bilateral cricket. If we had to choose between hosting a World Cup and a bilateral tour, obviously, we’d settle for the bilateral. Instead of 15 teams flying in, we’d settle for one team flying in and playing an entire bilateral series at one or two grounds,” Shastri said.

Thankfully, the international season for the Indian team had almost come to an end by the time the lockdown began to set in. “In that sense, what India’s lost out on is domestic cricket, the Indian Premier League (IPL) for instance. When cricket resumes, we could give the IPL a priority. The difference between an international tournament and the IPL is that the IPL can be played between one or two cities and the logistics will be easier to manage. The same thing with bilaterals, it’ll be easier for us to tour one country and play there at specific grounds than 15-16 teams flying in during these times. The International Cricket Council (ICC) needs to look at this objectively,” Shastri adds.

With regards to domestic cricket, Shastri doesn’t just mean the IPL. Across the world, be it Australia or England, South Africa or any other country, the head coach says it’s important for every board to stand up on its feet first. “It’s a great opportunity for every country to focus on its domestic cricket and that should be given paramount importance,” Shastri said.