There needs to be some alternative for the bowlers to maintain the Cricket ball: Jasprit Bumrah on saliva ban

Indian fast bowler Jasprit Bumrah had a lengthy conversation with former quicks Ian Bishop and Shaun Pollock in ICC’s new video series, Inside Out. In the interview, Bumrah talked about a lot of things, ranging from his own unique action to the T20 World Cup. But most importantly, Bumrah gave his views on the saliva ban […]
By CricXtasy Staff Mon, 1 Jun 2020 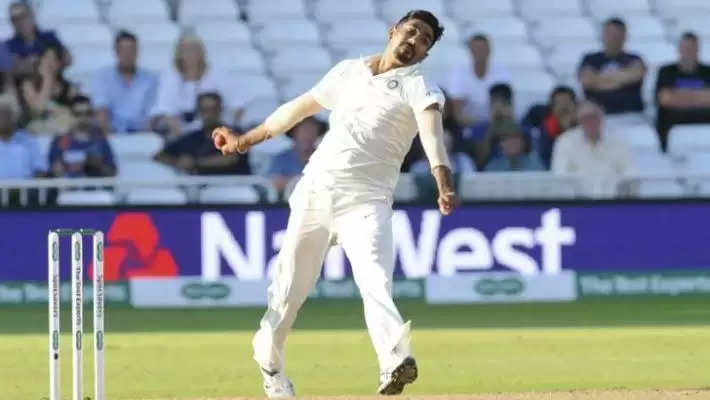 In the interview, Bumrah talked about a lot of things, ranging from his own unique action to the T20 World Cup. But most importantly, Bumrah gave his views on the saliva ban issued by the ICC to shine the Cricket ball. Bumrah feels that there needs to be a good alternative to the same,  as the game is already tilted towards the batsmen.

Bumrah said, “I don’t know what guidelines we’ll have to follow when we come back, but I feel there should be an alternative. If the ball is not well maintained, it’s difficult for the bowlers. The grounds are getting shorter and shorter, the wickets are becoming flatter and flatter. So we need something, some alternative for the bowlers to maintain the ball so that it can do something, maybe reverse in the end or conventional swing.”
Upon being pointed out by Ian Bishop that conditions have been favourable for bowler in red ball Cricket, Bumrah said, “In Test match cricket, yes. That is why it’s my favourite format, because we have something over there. But in One Day cricket and T20 cricket, One Day cricket there are two new balls, so it hardly reverses at the end. We played in New Zealand, the ground boundary was 50 metres. So even if you are not looking to hit a six, it will go for six. In Test matches I have no problem, I’m very happy with the way things are going. Whenever you play, I’ve heard the batsmen, not in our team, everywhere, complaining the ball is swinging. But the ball is supposed to swing! The ball is supposed to do something! We are not here just to give throwdowns, isn’t it? This is what I tell batsmen all the time. In One Day cricket, when did the ball reverse last, I don’t know. Nowadays the new ball doesn’t swing a lot as well. So whenever I see batsmen say the ball is swinging or seaming and that is why I got out, the ball is supposed to do that. Because it doesn’t happen so much in the other formats, it’s a new thing for the batsmen when the ball is swinging or seaming.”

ALSO READ: David Warner feels there’s no need to abolish use of saliva

Bumrah then went on to talk about his unique action. He said, “I’ve never been to a professional coach as such. All my cricket is self-taught. Everything I learned was through television, watching videos, so I don’t know how this action developed. There were always some people doubting that should I change it or not, but I’ve never really listened to them a lot. I always had belief that it could work. I have changed certain things. When I started, in 2013, I used to jump out a lot. If something is giving you trouble you change it. If it’s not giving you any trouble, then I keep on doing it. I listen to a lot of advice, I’m very inquisitive. I ask a lot of questions to all the senior players and coaches. Getting general feedback, filtering the advice, if it works for me, then I try to do it. If it doesn’t, you have to let it go. Growing up, wherever I went, the general feedback was that this guy won’t be a top-rated bowler, he won’t be able to play for a long period of time, he won’t be able to do well as a bowler. But the only validation that is required is your own validation.”

Bumrah also talked about his run up. He said, “The run-up is because of playing in the backyard. We didn’t have a lot of space when I used to play as a child. This was the longest run-up you could have, so maybe that could be a reason. I’ve tried a longer run-up and nothing changes, the speed is still the same. So why run so much? This helps me when I play Test matches because when I’m bowling my fourth spell, fifth spell, I’m relatively more fresh than the bowlers who play with me and have a longer run-up. This was my theory. This is not the best thing I should say but I am bowling quicker than them in my fourth spell as well! So I think I should stick to it. If I have some physical difficulty and if it’s giving me some trouble, then I’ll find solutions. But if it’s not broken, why fix it?”

On the T20 World Cup, he had the following to say, “We were really preparing well for it. We had a lot of T20 games before the World Cup as per the old schedule. If everything had been on plan, we would have had the IPL as well so we would have had a fair number of T20 games. We would always want to believe that we can win the tournament. That is how we felt in the 2019 World Cup, but you know how the game was. In half an hour, 40 minutes it can change.”