Trinidad and Tobago is set to host the entirety of the 8th edition of the Caribbean Premier League (CPL) after the Sport and Youth Affairs of T&T approved of the same. Shamfa Cudjoe, Minister of the Cabinet stated that strict guidelines for COVID-19 are being established for players participating in this year’s Caribbean Premier League […]
By CricXtasy Staff Fri, 10 Jul 2020 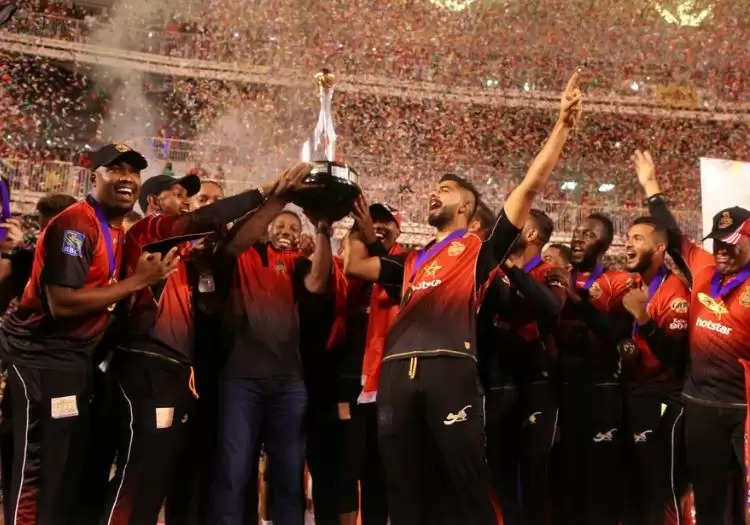 A total of 34 matches are to be played at the two stadiums in the island, the Queen’s Park Oval at Port-of-Spain and the Brian Lara Cricket Stadium at Tarouba.

At a press conference hastily arranged at the Office of the Prime Minister, Central Administrative Services, Scarborough, Tobago, Cudjoe stated, “We would have been in negotiations with CPL for the past couple of weeks as it relates to hosting CPL in TT and finalising all of the arrangements as it relates to the covid protocol and guidelines.”

She said her ministry is partnering with the Ministry of Health and Sport chairman Douglas Camacho, head of the local organising committee, to prepare the covid19 guidelines for the highly-anticipated, three-week tournament. Over 250 players and staff from the six CPL teams will be staying at the Hilton Trinidad, St Ann’s. The Hilton has been settled upon as choice of hotel for the CPL.

She further added, “We would have sat and negotiated the COVID protocols as it relates to quarantining before they (players) leave their home country, when they arrive in Trinidad and Tobago to have the quarantining done here also. They would be tested before leaving home to ensure they are negative, tested when they get here to Trinidad and Tobago. Tested on their seventh day and then tested again on their fourteenth day.”

Cudjoe also stated that the matches will be played behind closed doors.  She said even though crickets lovers cannot go to the Brian Lara Stadium or the Queen’s Park Oval, they can still “put on a T-shirt, fly our flags, dance and do all of the wonderful things we usually do at CPL, we can do so from our homes”. She added, “Of course, it will have to be recorded and broadcast. So, we are happy to partner with CPL once again.”

Cudjoe said TT’s hosting of the CPL presents “a tremendous opportunity for the country to market itself as a tourism destination and as a safe place of choice as we champion this whole safety as it relates to COVID”. “It is only right that our tourism entities in Trinidad and Tobago get ready to sell, sell, sell Trinidad and Tobago as a place of choice for sport tourism and all other types of tourism that we have been marketing for the previous years,” she said.

CPL will also market T&T, according to the Sport and Youth Affairs Minister. “They are bringing in two crews to do digital advertising and to develop any type of videos marketing the Trinidad and Tobago destination, our people and our culture,” she said.

Cudjoe said the CPL also provides a good opportunity to “get sports going again” within the region. The minister said the investment is usually US$1 million where half is paid in cash and the other half, in kind, through services offered to CPL and to ensure the operation of league goes well.