Ben Compton's heroic effort made Lancashire field for almost a whole day when many were expecting them to wrap things around in the first hour.
By CX writer CX writer Mon, 18 Apr 2022 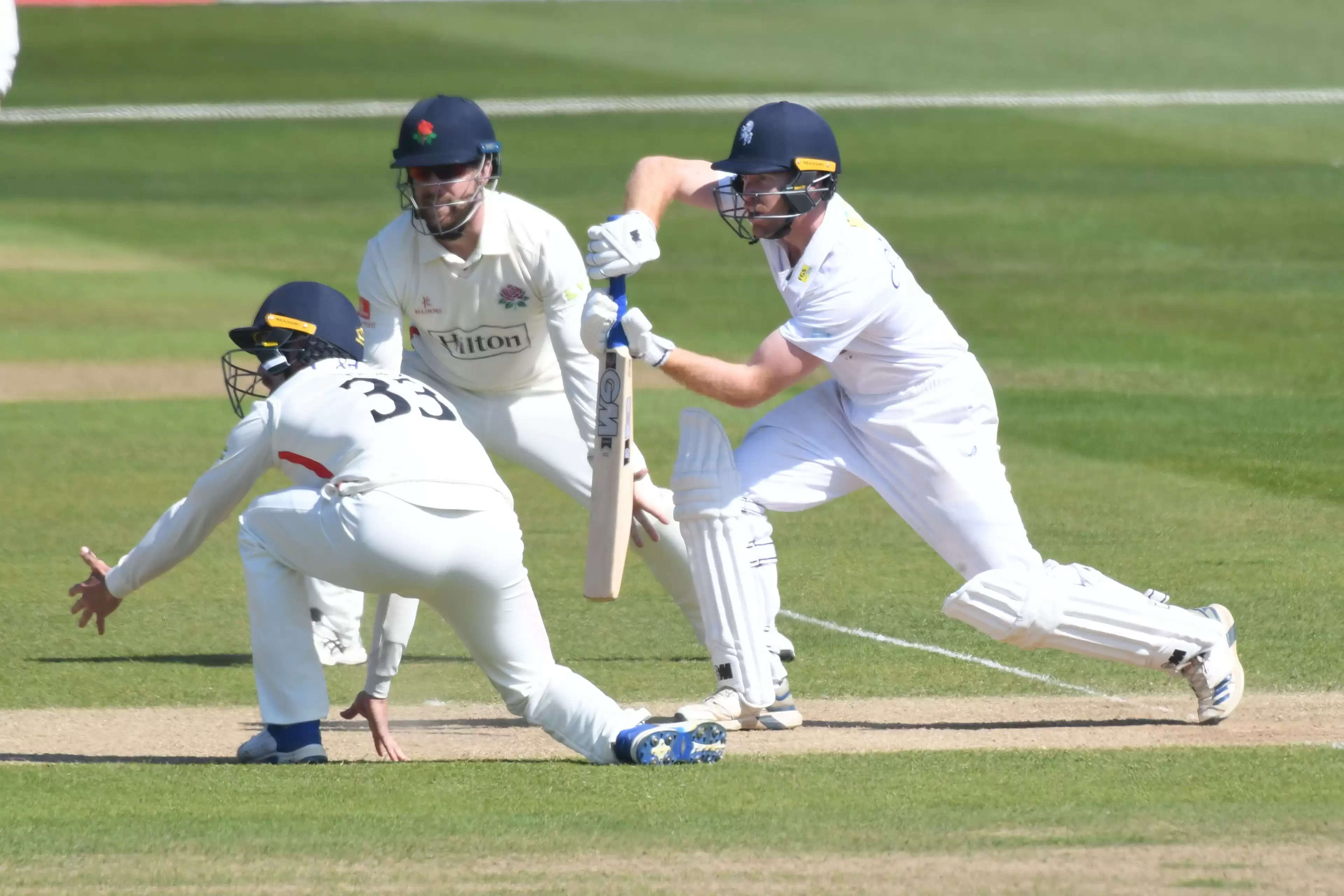 Compton has batted for 20 hours and 35 minutes since the County Championship started for Kent.

England’s domestic cricket is currently in progress in full flow with County Championship witnessing some exciting matches. One such game took place between Lancashire and Kent in Canterbury. The fourth and final day began with a sense of inevitability to it as Lancashire were expected to win mostly in the first or second hour.

But it wasn’t to be, thanks to the fight put in by Kent’s tail who supported their in-form opener Ben Compton. Compton had carried the bat in the first innings as well scoring an unbeaten 104 and he didn’t seem to be getting out in the second innings as well. He led Kent’s rearguard on the final day also harbouring thoughts of a famous draw at one stage.

Although Lancashire managed to breach his defences in the final session and then win the game by 10 wickets, Compton had already scored 115 runs by then making a unique record. He had moved from Nottinghamshire to Kent ahead of this season and has now become the first Men’s player for Kent to hit three centuries in his first three innings for the club.

Lancashire pick up the victory at Canterbury.

In a drawn game against Essex, Ben Compton had scored 129 runs off 289 deliveries to help the side score 581 runs in their first innings. As for the game against Lancashire, he stood like a rock in the middle for a staggering 856 minutes and muster 219 runs. His second innings effort was gigantic given the fact that Kent were reeling at 82/7 at one stage.

Even then, thanks to Compton and the lower-order batters, they batted for 73.5 overs more and add 198 runs to make Lancashire bat again for a victory. In yet another staggering stat, Compton has now batted for 20 hours and 35 minutes, faced a massive 918 balls to score 345 runs. No wonder, his debut for Kent has been no less than memorable and the club will be delighted to sign such a talented player.

Not that the 28-year-old has suddenly started to score these many runs. He has carried his form from Zimbabwe domestic cricket while playing for Mountaineers in January and February this year. Ben Compton’s scores in the first-class competition read - 79, 41*, 42, 109*, 102, 13*, 0 and 33*. In the County Championship, he has taken his game to another level playing quality knocks against high-quality bowling attacks.

Ben will be hoping to continue in the same vein for the rest of the season and make it a huge tournament for himself.