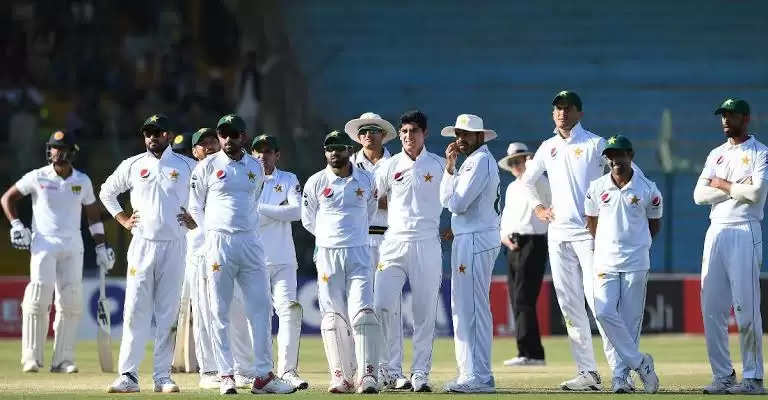 After three of their Cricketers, youngster Haider Ali, Haris Rauf and Shadab Khan were tested positive for COVID-19, the situation has gone from bad to worse for the Pakistan Cricket team. Seven more of their players, namely, opening batsman Fakhar Zaman, wicketkeeper Mohammad Rizwan, veteran all rounder Mohammad Hafeez, speedsters Mohammad Hasnain, Wahab Riaz, and Imran Khan and Kashif Bhatti have all been tested positive for the dreaded virus.

Although, the new cases does put their tour to England in jeopardy, Wasim Khan, the CEO of the Pakistan Cricket Board (PCB) remains optimistic of the tour going to plan. He said, “The tour to England is very much on track and the side will depart as per schedule on June 28. Fortunately, all the first choice red ball squad, barring Mohammad Rizwan, are negative, which means they can start training and practising after they have been tested and given the all clear when they arrive in England.”

It has been reported that a personnel member has also been tested positive for the virus. It has been said that the players and support staff who have been tested positive will be self quarantined and remain under the monitoring of the medical panel of the Pakistan Cricket Board. As soon as they complete the minimum span of quarantine, they are to undergo further testing. If the following two tests are negative, they will be flown to UK on a commercial airline.

Earlier, Dr Sohail Saleem, Pakistan Cricket Board’s (PCB) director of sports medicine, said that the touring party would have to follow guidelines strictly, and that a combination of safety measures had been worked out to ensure the risk was reduced to the minimum.

Dr. Saleem said in a video conference, “It is a big risk. We can’t really say it’s not a risk. We are trying to build a new normal, redefining etiquette. Respiratory marks, hand washing, it is a combination of many thing to make sure that we are keeping safe or reducing the risk factor to the minimum. Cricket isn’t a contact sport. The only source (of contact) is the cricket ball. Two different analyses confirmed that the chances of transmitting the virus through sweat are less, while you cannot use saliva at all. Thinking that we are moving ahead with a zero percent viral load, that’s not right. You can control it by precautions and following the WHO guidelines to keep the environment and the people involved clean. There are protocols. During the England tour, players will go through another test (upon landing) and then undergo a test every five days. Going out during a pandemic is a risk, but you have to go by the available research and information, and take whatever precautions to reduce the risk.”

Dr. Saleem further said, “We have spoken with the players before taking their consent. Yes, they will be living without families and naturally they will be thinking about their loved ones’ well-being. We have formed a monitoring team to check on families on a daily basis to allay any concerns from the minds of the players. It’s true that we haven’t practically gone through this process, and everything right now is theoretical. But it’s the first time for everyone. Going forward, everyone will eventually have to adapt to the new procedures. I am told the West Indies team (currently in England and subject to the same procedures) were also uncertain at the start but the moment they got in the routine with training, they were fine. We have been monitoring the football in Europe, baseball in South Korea and now even the English Premier League has also started. So this is a big step for the resumption of cricket. People have been confined at home for over three months, the level of anxiety is increasing. Sport at least provides entertainment and can reduce anxiety. Like doctors fighting on the frontline, these sportsmen in a way are also serving the people.”