Zaheer Abbas: Virat Kohli is the most consistent across all formats

Former Pakistani Cricketer Zaheer Abbas has hailed Virat Kohli as the best batsman across all formats ahead of Steve Smith, Kane Williamson, or his fellow countryman, Babar Azam, citing his consistency across all three formats as ‘unparallel’. He then went on to add that Steve Smith is more consistent than Kohli in Test Cricket as […]
By Rajarshi Das Thu, 16 Apr 2020 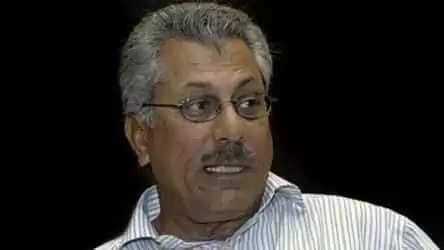 Former Pakistani Cricketer Zaheer Abbas has hailed Virat Kohli as the best batsman across all formats ahead of Steve Smith, Kane Williamson, or his fellow countryman, Babar Azam, citing his consistency across all three formats as ‘unparallel’.

He then went on to add that Steve Smith is more consistent than Kohli in Test Cricket as he has been successful in almost every Test Match Series in the recent past.

Speaking to The Telegraph in an interview, the Asian Bradman said, “If you want to establish yourself as the top batsman in world cricket, you have to be consistent in all formats. That’s fundamental.”

“But yeah, Steve Smith is more consistent than Kohli in Test cricket. He scores in almost every series he plays. Even the other Australian — David Warner — has been doing well.”

Steven Smith averages 62.84 with 7227 runs in his 73 Test matches, with 29 fifties and 26 hundreds. In comparison, Kohli has an average of 53.63 with 7240 Test runs in 86 matches. Although, he has an amazing conversion rate, as he has more three figure scores(27) than half centuries(22). Both made their debut as captain in the Test Series Down Under between Australia and India back in 2014-15. Both of them scored hundreds in their first innings in charge. Smith reached three figures thrice in his first five innings, whereas Kohli scored a ton in each of his first three innings.

“But as I said, a batsman needs to perform in all formats and in that sense, Kohli is more consistent in the other versions as well,” he added.

After a stellar home season in 2019, where he got two Test hundreds and two ODI half centuries, Kohli ran through a rough patch in the tour to New Zealand, scoring a lone half-century in the ODI series and aggregating only 38 in the two Tests during India’s tour of New Zealand earlier this year.

Zaheer Abbas, though, feels that the rough patch should not be a case of concern for either Kohli or the Indian team, due to the amount of workload the team goes through.

“The Indian team plays a lot of Cricket nowadays. A top player like Kohli too is a part of most of those matches, and he can’t get bored too because that’s his profession and has given him so much.”

“Just look at what Kohli has achieved over the years… Also, he is not a machine. Even a machine sometimes mal-functions.”

“At this moment, there aren’t many who can parallel Kohli,” he added.

On being asked about Pakistan’s batting talisman Babar Azam, the man with 5,062 Test runs for Pakistan in 78 Tests replied, “Babar has been the most consistent batsman for Pakistan, having performed in all formats. I just hope he keeps on scoring and scales bigger heights.”

Abbas also felt that comparing Cricketers from two different eras do not do justice to either one of them, due to the changes that the game has undergone over the period of time.

“See, the game has evolved so much. It has also differed in different eras. The kind of cricket we see now is not the same as it used to be during our times or some years later.”
“So from that perspective, I don’t think you can call anyone as an all-time great player. This kind of comparison is not fair.”

However, he added, “In our days, we came across far more situations where we had to tackle the moving ball and bouncy wickets. But today, even in a place like England, some of the pitches are so flat that they seem like those of India and Pakistan.”