Virat Kohli had another first-ball duck in IPL 2022 following a notorious drive outside off against Marco Jansen.
By Kashish Chadha Sun, 24 Apr 2022 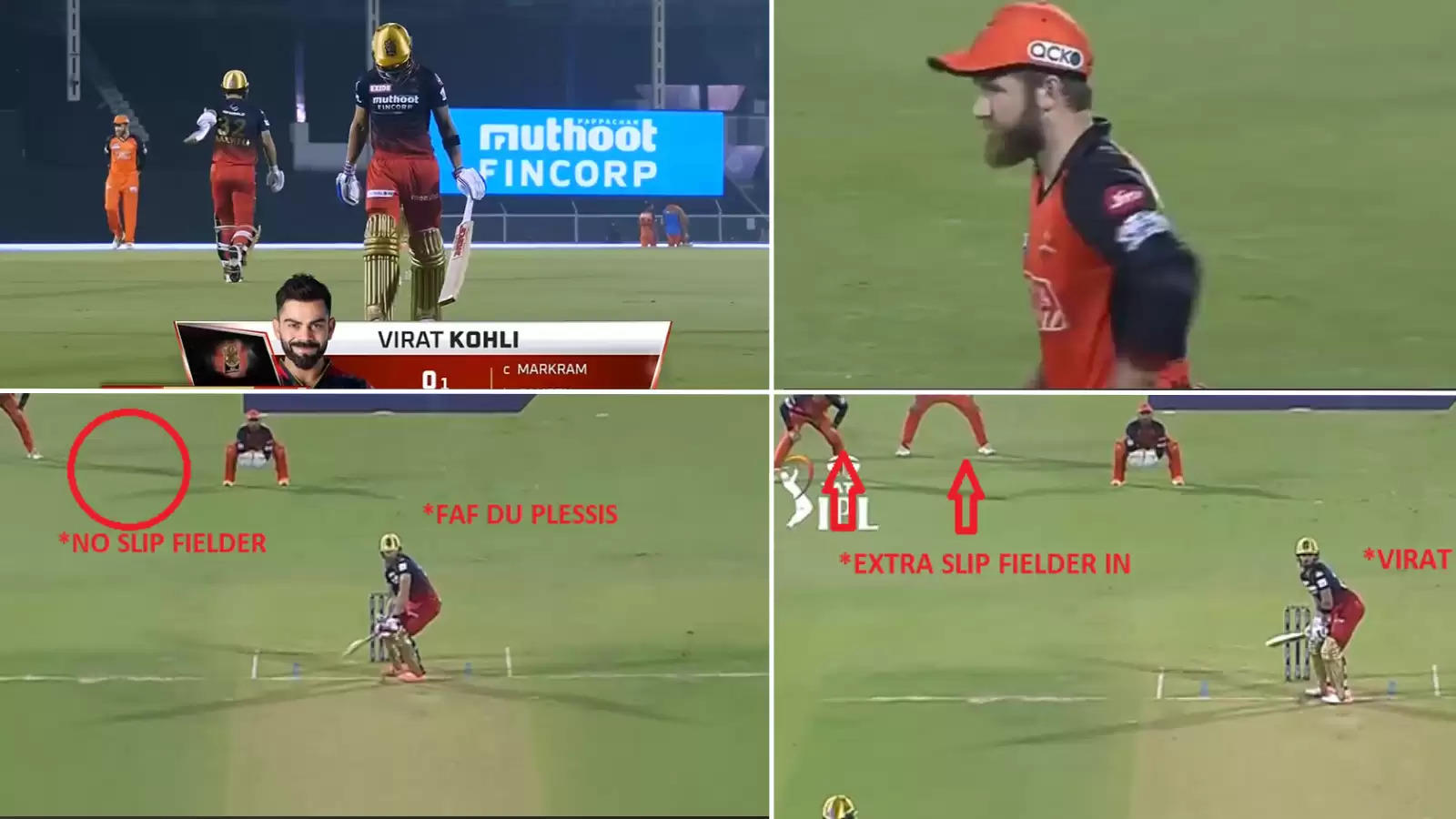 Virat Kohli got lulled into playing a drive outside off against an outgoing ball from Marco Jansen.

Virat Kohli's poor run of form continued for IPL 2022 with a second first-ball duck in a row for the Royal Challengers Bangalore (RCB) batter on Saturday (April 23).

The Indian great and former RCB skipper got out notoriously edging the ball outside off-stump, a form of dismissal that has been frequent in his career whether in-form or out.

The bowler involved was Sunrisers Hyderabad (SRH) left-arm quick Marco Jansen, who lulled him into a flash off a full-pitched delivery and extracted the outside edge straight into the hands of the second slip.

With another duck first ball, Virat Kohli's woeful season with the bat continued in RCB colours, done in this instance by perfect execution from Jansen and planning by SRH skipper Kane Williamson.

Drawn into Williamson's plan, Virat Kohli gets out driving again

Seeing Virat Kohli walk up to the crease, SRH captain Williamson immediately got the slip cordon crowded with a second fielder next to the wicketkeeper. As it turned out, the ball went straight to the second slip off the outside edge of Kohli's bat.

Seemingly wary of the ball coming into him from the over-the-wicket angle for the left-arm quick, with his weight constantly pushing forward, Kohli got out nicking one outside off once again against an away going ball from the impressive Jansen.

Not settled at the crease at all, the right-hander went for an ill-advised flash outside off-stump and paid the ultimate prize for it, continuing his bad form in the tournament.

It was another failure for Virat Kohli in IPL 2022, where he now stands with just 116 runs from his first seven innings, averaging a horrible 19.83 with a strike-rate of 123.96.