Moeen Ali got Virat Kohli out in exactly the fashion he did during England's Test series in India last year.
By Kashish Chadha Wed, 4 May 2022 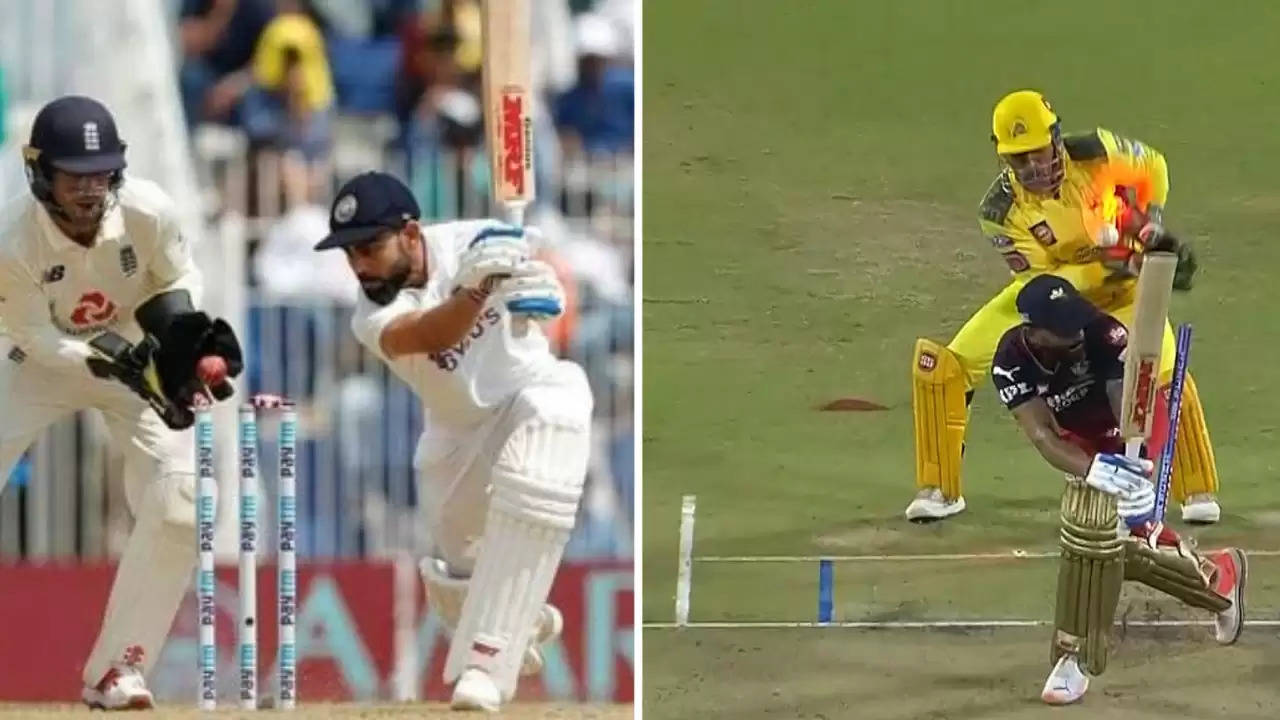 Virat Kohli was done in by another dream ball for an off-spinner from Moeen Ali in Royal Challengers Bangalore's (RCB) IPL 2022 league-stage encounter in Pune.

Facing the CSK spin allrounder in the middle phase on Wednesday (May 4), Kohli had a mirror-image dismissal to the one he infamously had during the Chennai Test last year.

Done in by dip and the turn, Kohli just flashed at the ball with his hands and paid the ultimate prize for not reaching to the pitch of Moeen's delivery before it crashed onto the stumps.

Virat Kohli was left distraught as his spin struggles continued in the shortest format of the game.

Moeen Ali gets Virat Kohli out with a top ball

Despite reaching 30 off 32 at the time, out-of-form Virat Kohli never looked in touch and rhythm at the crease and the batter was relieved of his misery by a beauty from Moeen.

Having tightened up the screws on Kohli in the earlier deliveries of his over, Moeen unfurled his famous loop outside the off-stump, forcing the right-hander to go for the drive.

But Kohli proved guilty for not taking an extra stride at the ball, just flashing at it with his hands while the ball from Moeen dipped and turned sharply to smash onto the stumps.

For those following the Moeen Ali-Virat Kohli dual closely over the years, the dismissal in Pune evoked the feeling of a mirror-image dismissal during the second Test of the England's last year's tour of India.

Then also Kohli went for the ball with his hands after offering a minimal stride against a beautifully disguised off-break ball from Moeen, who then got the delivery to drift and dip late on the batter.

Having overcommitted to his drive outside the off-stump, Kohli was left with no time to make any late adjustments as the ball sneaked through the big gap between his bat and the pad and thumped onto the stumps.

For Kohli, this was another worrying reminder of his growing spin struggles in the T20s, especially in the IPL. Since the start of the 2020 season, Kohli has had a horrible strike-rate of 104.83 against spin in the IPL after 393 deliveries.