A change in technique after being asked to open had a negative impact on his performance during his playing days and no wonder VVS Laxman wants Rohit Sharma to stick to his natural game in his new role during the South Africa Test series. Laxman was one of the earlier examples in Indian cricket, who […]
By PTI Sat, 28 Sep 2019 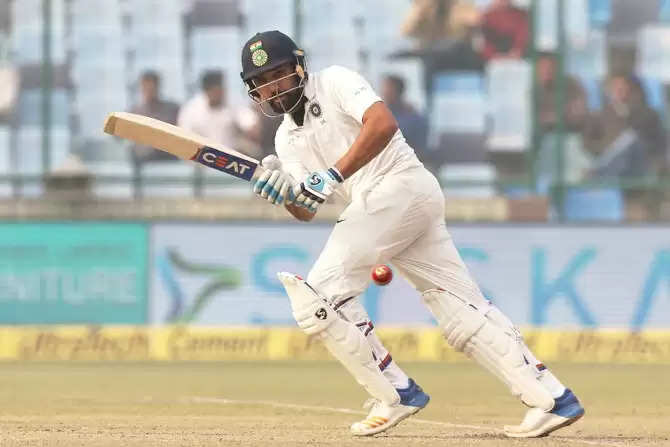 A change in technique after being asked to open had a negative impact on his performance during his playing days and no wonder VVS Laxman wants Rohit Sharma to stick to his natural game in his new role during the South Africa Test series.

Laxman was one of the earlier examples in Indian cricket, who was forced to open the innings between 1996-98 despite being a specialist middle-order batsman, a role he never felt comfortable with.

“The biggest advantage that Rohit has is his experience, which I didn’t have. I opened in Test cricket only after playing four Test matches. Rohit has played 12 years of international cricket. So he has the maturity and the experience and he is also in good form,” Laxman told former India cricketer Deep Dasgupta, during an interview on latter’s YouTube channel “Deep Point”.

Laxman, who also was a touch player like the wristy Mumbaikar, could relate with Rohit’s situation and spoke about how a tweak in technique messed his rhythm.

“I believe the mistake that I made while opening the innings was to change my mindset, which got me a lot of success as a middle-order batsman, whether it’s batting No 3 or No 4,” said the 44-year-old, who scored 8781 runs in 134 Tests.

“I also tried to change my technique. As a middle-order batsman, I was always having a front press (front-foot trigger) and then go towards the ball, whereas talking to seniors and coaches, I went to back and across as I had to face Curtly Ambrose (97-away series), who would generate steep bounce from length. This huge change in approach affected my batting and I hope Rohit shouldn’t do it,” Laxman told the former India stumper.

“If you tweak your natural game too much, then you will not get the results as your mind gets cluttered and you tend to lose your rhythm. I can admit that my flow was affected when I opened. Rohit is a rhythm-based player and if his touch gets affected, then it will be difficult,” the Hyderabadi stylist was candid in his confession.

However Laxman didn’t discount that there is a basic discipline, more so in mindset that an opener must have and he is confident that a player of Rohit’s calibre can imbibe that after so many years of international experience.

“There is a slight change in mindset but technique should remain the same. Yes, there are certain basics like initially, you shouldn’t be fishing for balls outside the off-stump, not play too much away from the body, leave the bouncers. That mental discipline, which is very important. That discipline is also required is ODI also when white kookaburra swings,” reminded Laxman.

For Laxman, opening the batting has its own advantages and primary being sub-continent pitches changing character drastically as the match progresses.

“Another thing that would work in his favour is opening for the first time in Indian conditions. So it is a good thing to open, when the wicket is fresh and evenly-paced and playing well. With passage of time, batting can become difficult on uneven, abrasive surfaces, It could become difficult to play reverse swing, or when the ball is spinning,” he observed.

Laxman is happy that selection committee has made it clear that Rohit will open in all three Test matches.

“He will get three Tests and it’s not often that a selection committee shows so much faith in a player and guarantee that he will open in three games.”

The Proteas attack save Kagiso Rabada doesn’t have a lot of quality and penetration in their attack and batting upfront will give him time to play big knocks, Laxman said.

In the last six or seven Test matches, he has been averaging 50, but he probably didn’t get rhythm because of a start-stop career. But good he will now get three Test matches.

“The SA attack is thin on experience on these tracks and for me, only Rabada is a wicket-taking option. The bowling lacks penetration and if he can get set, he can score a double hundred also. He will have more chance of big scores than batting No 6.”

For India’s white-ball vice-captain, being an opener is far better than warming the bench, the batting great feels.

“Rohit wants to play Test cricket and with Ajinkya (Rahane) and (Hanuma) Vihari at No’s five and six Rohit knows that his chance to do well is as an opener. He should take this positively. He has nothing to lose. For a class player like him, it is better than sitting in the bench. He has to be in that playing XI,” he concluded.